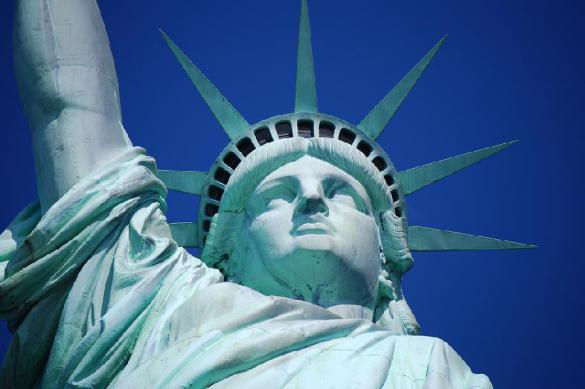 Independence Day is no longer a holiday for all Americans. It seems that soon, it will cease to be a holiday at all.

July 4 is Independence Day in the U.S. It is one of the three major American holidays, along with Christmas and Thanksgiving. It was on July 4, 1776, that the Continental Congress adopted the Declaration of Independence of the United States in Philadelphia, Pennsylvania, thereby freeing the country from British rule. Since then, Independence Day has bound American society together for 245 years. However, the 246th anniversary of independence didn’t go as planned.

The celebration somehow failed this year. In fact, some cities canceled festivities, including the parades and fireworks.

The American Pyrotechnics Association reported that a number of holiday firework displays were canceled because they were too expensive due to inflation, personnel shortages and logistical problems. For the first time ever, some Americans went without their traditional Independence Day fireworks.

Well, there were no parades, fairs or fireworks for some American citizens, but did anyone possibly have a chance to gather with friends for a traditional barbecue? It did not turn out that way, given that many Americans were discouraged by rising food prices.

“In the four weeks ending on June 12, the price of a hot dog package jumped about 17% compared to last year … In that same period, ketchup prices spiked 21%, ground beef prices increased 11%, and hamburger and hot dog buns jumped nearly 13%. Other grilling items also got more expensive. Frozen meat, not including poultry, went up 16%, frozen sausages got nearly 27% pricier, and lettuce prices rose about 13%. Mustard also got about 13% pricier,” CNN reported.

CNN tried to reassure Americans by saying that beer prices only increased by 4%. It looks as though America is encouraging people to get drunk and forget about all the problematic economy.

Not a Good Time for Democracy

Independence Day usually means big celebrations in the U.S. After all, this holiday is about the triumph of American democracy, equality and other components of the American dream. Now it seems that this very dream has crashed somewhere at the foot of the Statue of Liberty.

It may be offensive to say this, but the Americans themselves are to blame for the fact that their national holiday is losing its importance and popularity.

Who started a war on their own history by subjecting the Founding Fathers to unrelenting criticism because they turned out to be “slave owners and racists?” Who demolished “politically incorrect” monuments? Who promoted the Black Lives Matter movement? The answer is Americans. That’s why it is now unclear what holidays people should celebrate and how they should be celebrated.

“During Donald Trump’s presidency, Republicans focused on this holiday in an effort to emphasize the most important values that bind American society together. But over the past year and a half, the Democrats have done everything in their power to diminish the significance of this holiday and undermine these values. The cancel culture that had come along with the Democrats now is trying to ‘cancel’ Independence Day. The Democrats believe Independence Day has become a symbol of a bygone era when white people were a predominant group of the American population. Thus, it doesn’t include other ethnic groups living in the U.S.,” Vladimir Vasiliev, chief researcher at the Institute of the USA and Canada of the Russian Academy of Sciences, told Pravda.

“On top of that, it seems that the Biden administration has simply failed to effectively deal with any current problem in America. Moreover, the U.S. has once again become involved in another overseas confrontation, this time in Ukraine. To show its support for Ukraine, the U.S. has agreed to provide another $820 million on the eve of July 4. Washington is more concerned with overseas affairs than with its own population’s welfare. The current administration is totally indifferent to the needs of both the nation and ordinary Americans. The U.S. is like a monarchy that rules but doesn’t actually control anything,” Vasiliev added.

The expert also believes that this situation generally reflects the civilizational crisis of American society and “American decline.” People used to say that America lives in the present and in the future, but now its present is very problematic and its future is rather obscure. In Vasiliev’s opinion, Independence Day is a nostalgic holiday that gives people a chance to reminisce about a good and glorious past that will never return.

Well, under such circumstances, it is probably better to avoid talking about the holiday altogether. Incidentally, just a couple of weeks ago, Texas announced it was considering a referendum to secede from the United States. Given the deepening divide in American society and the Biden administration’s obsession with controlling the world while ignoring domestic problems, it is possible that any future Independence Day could be the last.

About Aleksandr Gopp 32 Articles
He is an EFL teacher and a freelance translator. He holds an MA in 19th Century Russian History. He loves traveling, languages, ancient history, and mobile photography. Currently based in Hanoi, Vietnam.