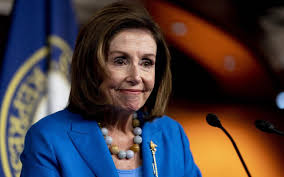 In 1991, Nancy Pelosi, now speaker of the House and second in line of succession for the U.S. presidency, stood in Tiananmen Square with a banner praising dissidents killed in pro-democracy protests two years earlier. The Democrat, then a representative, made a point by making known her stance on the universality of human rights.

In this critical episode of the trip to Taiwan announced by the speaker of the House of Representatives and her entourage, the opposing sides have made their motivations clear. Pelosi wishes only to show the support of the U.S. Congress for democracy in Taiwan. Beijing has responded with firm, unequivocal opposition, but it should be noted that China’s capital has routinely sought to object to Washington’s relations with Taipei.

China’s reaction to the audacity of such a high-ranking official may be somewhat excessive, but it is nonetheless reasonable. No doubt the regime headed by Xi Jinping is well aware that this action by Congress does not involve the will of the government. But it is equally clear to the world that Taiwan is a crucial center of interest for the Chinese capital as a cornerstone of its “One-China” policy.

Even if the motives for the trip supporting Taiwan’s democratic rights are considered to be valid by Democrats and Republicans alike, the timing could not be less timely. Pelosi’s presence in Taipei will fuel pro-independence radicalism for the presidential election that will take place in just two years. In addition, the Taiwan Strait is presently considered to be the largest and most dangerous military powder keg in Asia.

The moment is strongly marked by mutual distrust, but it is the United States that is taking an action that could be characterized by its counterpart as aggressive.

Geopolitical correctness would be to not add complexity to a relationship already plagued by obstacles and recent turbulence. The future is emerging as an environment within which U.S.-China relations will continue to be tense and fraught with controversy. Russia’s invasion of Ukraine, the West’s sanctions of Moscow and Beijing’s willingness to maintain close trade relations with the invading nation all add decibels to the fray.

But if the above is not enough, U.S. intelligence is fully aware of the present political climate for Beijing’s top leader. The date is approaching for the 20th National Congress of the Chinese Communist Party, during which it will be decided if he will remain in power. Damaging his credentials with a challenge of this nature will only add fuel to the fire of a seriously weakened relationship.