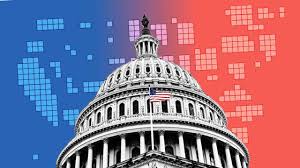 Political custom dictates that a country’s elections more or less determine the country’s future trajectory. In countries where political rule is based on the contest between parties, where parties try to identify and solve problems to win a majority of votes, the first consequence of an election is the shift of political power. But mega-donors and their money now dominate this long-standing Western traditional system. Mass media play a determinative role in these races, and media bias can directly influence the elections and the race between parties. Many sociologists now maintain that the spread of media technology has become the most powerful tool for forming opinion. And this same media has decided party competition is the true indicator of Western democracy, as long as one party wins and the other accepts defeat.

For years, Zionist mega-donors in the U.S. and Europe have directed their massive fortunes at the media to influence the discourse, guide public opinion and help politicians get elected. During the elections and on the campaign trail, representatives and nominees compete by showing how they will solve the issues. Any video or audio media advantage theoretically helps voters make the best decision and choose a better future. But after years of this, people in most Western countries, and particularly in the U.S., believe that politics and politicians are rotten to the core, and that the two-party monopoly over power is only an index of corruption. Deciding between one party or the other alone doesn’t mean that voters have avoided dictatorship, and in fact, enables the parties to control the people’s vote while remaining within the confines of the law.

The recent U.S. congressional midterm elections made it clear that there is potential for a third and distinct party.

The reality is that people across the U.S. who elect members of Congress state by state have become tired of the battle for power between the two prevailing parties in Congress. Even those who went to the polls said they were voting in view of the power struggle between the two dominant parties, but they did not expect that their vote would solve any of the problems or crises that people are facing!

Donald Trump was once again an important figure in this election, and he hit the campaign trail bragging about a “red wave.” Joe Biden led the rival blue Democratic Party as he approaches the final two years of his four-year term. When the results were in, the Democrats won the Senate with two extra votes, while Republicans won a fragile majority of fewer than 12 votes in the House.

Most political analysts in the U.S. believe the final two years under Biden will be problematic and complicated, with Americans across the country paying the biggest price for the ongoing crises. The continued conflict with Russia over the war in Ukraine makes this especially true, but the entire West, including Europe, currently faces a number of crises. The tension between the U.S. and China and the threat of nuclear war have brought out everyone from the secretary-general of the U.N., to Pope Francis, to the elder U.S. statesman, Henry Kissinger, all of whom continuously warn about the danger. But this is one among many crises, including the looming environmental crisis, growing inflation, rising unemployment and poverty, issues of displacement and immigration to Europe and the U.S., continued silence over the Iran nuclear agreement and the related provocations which could lead to a conflict in the Middle East, as well as the return of Benjamin Netanyahu as prime minister of the Zionist regime, just some of the crises that Biden faces after picking up a few slippery votes in Congress.

The final outcome of this election does not make Trump’s path over the next two years any smoother, nor that of the three major European countries (the U.K., France and Germany), and it has only added to the continued uncertainty that plagues the entire international community.