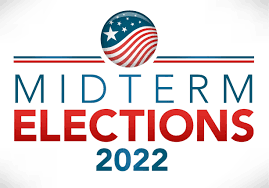 These midterm elections will make history.

As of this writing, it’s clear that the Democrats will at least maintain their slim majority in the Senate. If the state of Georgia’s runoff election is decided in favor of the Democratic candidate, their majority will only grow. The Democrats’ loss in the House of Representatives will also be very narrow – the vote count is still in progress.

In the last 100 years, the sitting president has only succeeded three times in protecting his party’s Senate majority while losing fewer than ten seats in the House of Representatives. The last time this happened was in 2002 when President George W. Bush’s support was a staggering 68% during the midterm elections.

On the other hand, President Joe Biden’s popularity is one of the lowest in history. Democrats headed for midterm elections at a time when inflation is at record highs and a global energy crisis is plaguing the nation at the gas pump.

It sounds a bit like what happened during Democratic President Jimmy Carter’s term at the end of the 1970s. Inflation was similarly high, and an oil crisis shook the markets. But the Carter-led Democrats lost seats in both the House and Senate in the midterm elections.

So how did the Democrats succeed this time? Or a better question might be, how did the Republicans fail so badly?

One by one, Trump-supported candidates lost their elections in states with any real competition between the parties. Particularly significant were the defeats in state-level governor and secretary of state elections, where so-called “election deniers” were defeated one after the other.

These defeats are an important win for democracy concerning the upcoming presidential elections, as now election deniers will be unable to prevent acceptance of the election results in swing states.

Even before the midterm elections, it seemed clear that Trump, if he wished, would be the Republican presidential candidate for the 2024 presidential elections. Now the most likely candidate looks to be Gov. Ron DeSantis, who carried the party to an election win in Florida.

The second apparent reason is simply that Republican politics turned out to be too radical for Americans. The party’s attempt to restrict abortion rights across the country is at odds with most Americans’ sense of justice.

This led, for example, to the vast majority of independent voters – who aren’t registered as a member of either party – voting for Democrats.

Again, this is exceptional in the history of midterm elections. As well as the fact that the preliminary results suggest that many voters may have “split their ballots,” i.e., voted different parties for different offices.

If you want to take this interpretation a step further, you might think that issue-oriented politics is making a comeback in the U.S. Voters did not turn against Biden as Republicans hoped but toward the changes they wanted.

Although the radical candidates lost in these elections, polarization isn’t going anywhere in a single election.

The new Republican frontrunner, Florida Gov. DeSantis, is almost identical to Trump in his policies – except for spreading conspiracy theories about the election.

The Democrats still face challenges serving their diverse electorate, which is united best in its opposition to the Republicans. Especially when it’s almost impossible for a party to push through its political goals in a divided Congress.

Although inflation didn’t drag Democrats to a defeat, a recession is likely before the 2024 elections. Like Carter’s term in 1980, Biden’s first presidential term could end with rising unemployment if the recession drags on.

Carter served one term as president and was succeeded by Ronald Reagan, who turned the country’s politics sharply to the right.

Trump and DeSantis are now fighting to be the Reagan of this decade. Both are more radical in their policies than Reagan.

This election result gave credence to the resilience of U.S. democracy under pressure, but the Republican response is yet to come.

About Jason Rakes 7 Articles
Jason is a U.S. immigrant living and working in Finland.