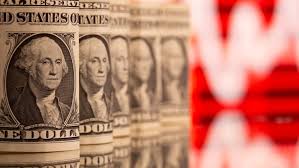 Sometime this summer, the U.S. economy — and with it, the global economy — threatens to fall into an abyss.

For more than a century, the global finance system has been threatened by an absurdity in U.S. fiscal law. Congress decides on budgets but also must approve the loans necessary to pay for those budgets. The continual raising of the debt ceiling, which for years was considered a formality, was first used as a weapon by Republicans in 2011 against President Barack Obama: Accept our demands for drastic spending cuts or else we will prevent the U.S. from meeting its debt obligations and send the world’s largest economy into bankruptcy.

Obama largely gave in to the extortion. Under Donald Trump, Republicans submissively nodded through the new debts created by his tax cuts. But faced with Joe Biden, the extreme right-wing of the party, which now calls the shots in the House of Representatives, is flexing its muscles. At the same time, Biden, who was there as Obama’s vice president when his administration surrendered, does not even want to negotiate.

Two trains are now racing toward each other. The journey began on Thursday when Secretary of the Treasury Janet Yellen announced that the debt ceiling had been reached. When the collision happens will depend on how long the Treasury can make do with budget tricks and how much taxes produce. But at some point this summer, the U.S. economy, and with it the world, threatens to fall into a financial abyss.

[T]he White House faces only bad options if it cannot take on more debt: It can cut federal spending, including for the military, not pay out social entitlements required by law or leave holders of government bonds hanging. All that would have unforeseeable consequences. In particular, failing to service its debt would send shockwaves throughout the entire global economy.

The government always found a solution in the past because no one wanted to risk a government default. But the new extremists in Congress, spurred on by Trump, long for that scenario. They see themselves as revolutionaries; for them, the storming of the Capitol on Jan. 6, 2021, was a prelude to their attack on the establishment.

Given this atmosphere, negotiations do not, in fact, make much sense for Democrats. They can try to get moderate Republicans to side with them on a reasonable solution, but those moderates would then have the party base set against them. Another obstacle is the procedural rules in Congress.

There are two ways out: Biden can just ignore the debt ceiling based on contradictory interpretations of the Constitution. But then he would make himself dependent on the extremely conservative Supreme Court. Or he can use a legislative loophole to commission the minting of a “trillion-dollar coin,” which could be used to service all the debt. What has previously been dismissed as an absurd maneuver may prove to be the last defense against complete chaos this time around.