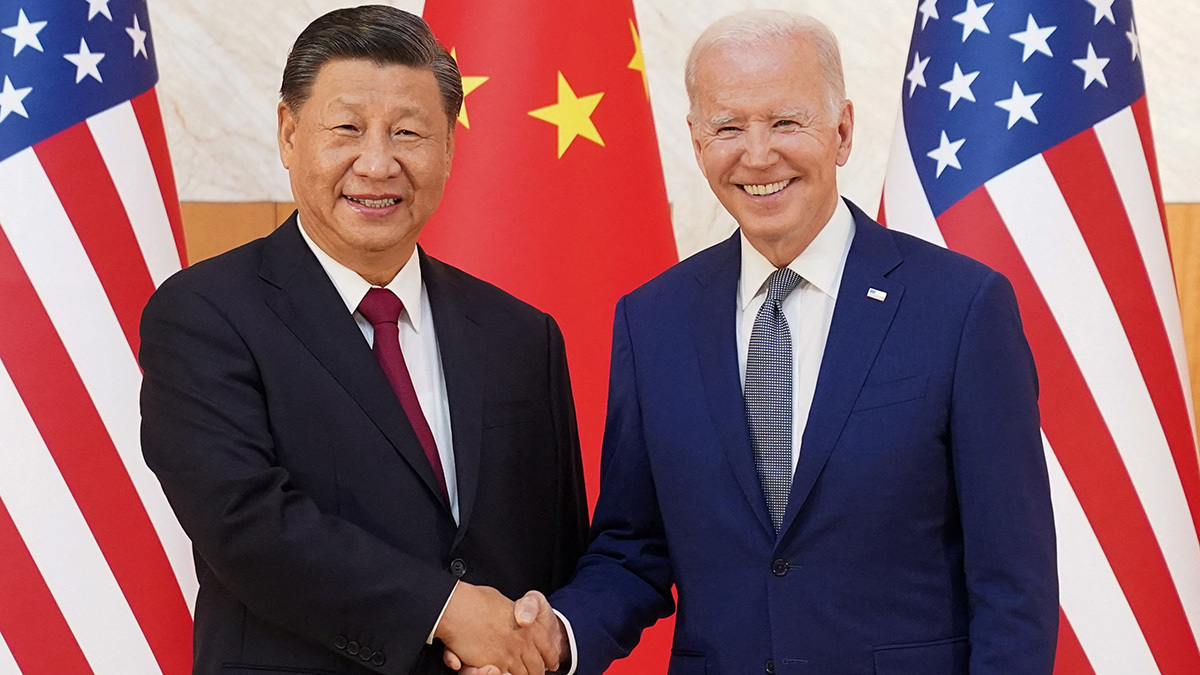 As one of the most important bilateral relationships in the world today, the health and stability of China-U.S. relations is of great importance to the well-being of the people of both countries and to the entire world. In the new year, the international community will be very concerned with where that relationship is headed. Fighting the containment of China, opposing U.S.-China decoupling and the breaking of supply and industrial chains, and hoping that relations between China and the United States get back on the right track have become the mainstream calls voiced by the international community.

The world is currently at a major historical turning point so when considering and dealing with the relationship between China and the United States, it is important to take the long and broad view and to grasp the general trends. China-U.S. relations should not be a zero-sum game, and the success of each country with respect to the other is an opportunity, not a challenge. In recent years, certain Washington politicians have rejected this commonsense view and repeatedly stirred up trouble with threats of decoupling, casting a shadow over China-U.S. relations. Even for many Americans, Washington’s behavior is unacceptable. A Brookings Institution report titled “A Course Correction in America’s China Policy” released last November stated that the United States must “build a durable and productive working relationship” with China. The report found that the United States and China have many common interests in the bilateral, exchange of personnel and multilateral arenas and that the two countries need to work together.

Economic and trade cooperation are both the relationship’s ballast and its propeller, and mutual benefit with win-win results is the essence of that cooperation — not zero-sum games. As China is the United States’ largest trading partner, moves by the U.S. to break supply and industrial chains and to decouple are in neither party’s interest. Foreign Policy recently argued that, when it comes to trade between the United States and China, no decoupling has taken place thus far, and none is ever likely to. Quoting the views of a number of American businesspeople, Foreign Policy reported that, currently, the China-U.S. economic relationship is still deepening, and that a unilateral decoupling from China could cost the United States its industrial advantage.

Despite the effects of the pandemic and American disruption, China-U.S. trade reached 4.88 trillion renminbi ($719.4 billion) in 2021 — a year-over-year increase of 20.2% — and reached 4.62 trillion renminbi ($681.1 billion) in the first 11 months of 2022, an increase of 4.8% over a year’s time. China has an irreplaceable industrial chain advantage. According to Apple’s list of suppliers for fiscal year 2021, which was released last October, 150 of its approximately 190 suppliers have factories in China. The American Chamber of Commerce in China’s 2022 white paper, published last May, shows that China remains the top market for American companies, with 83% of those surveyed not considering moving production or procurement out of China. For their part, chamber members do not believe that decoupling China and the United States would be in the economic interests of either country.

Over the past few decades, economic globalization has led to the continuous expansion of industrial, value and supply chains, while the global movement of factors of production has given impetus to the world economy, converging into an irresistible trend of globalization. According to data from the United Nations Conference on Trade and Development, global trade reached $28.5 trillion in 2021 — an increase of 25% over 2020 — and is set to hit a record level of about $32 trillion for 2022. By going it alone in breaking supply and industrial chains and decoupling, the United States would be engaging in an exercise in futility, and it would only end up damaging itself. The Austrian newspaper Der Standard recently featured a commentary by Yale University Professor of Economics Pinelopi Koujianou Goldberg saying that the idea that global well-being is nothing more than a zero-sum game with China’s rise means the United States’ fall is an erroneous one, and that economic warfare is in no one’s interest.

The United States and China are the world’s first and second-largest economies, and the enormous economic volumes mean that a sound China-U.S. economic and trade relationship is vital to the development of both countries and to the world. However, in recent years, the United States has been coercing its allies into participating in the suppression of, and decoupling from, China. But American attempts to maintain its global economic dominance by sacrificing the interests of its allies are not garnering much popular support. German Chancellor Olaf Scholz has made it clear: “China remains an important economic and trading partner for Germany and Europe. We do not want any decoupling from [China].” A recent article in the American online magazine The Diplomat, titled “Don’t Force Europe To Choose Between the United States and China,” points out that coercive American diplomacy comes at a cost, as it runs the risk of introducing friction into trans-Atlantic relationships and undermining trust. Earlier this month, Britain’s Financial Times published an article titled “Stopping China’s Growth Cannot Be a Goal for the West,” which argued that China is an important part of the world economy, and that “if you will China to go into recession, you are quite close to wanting the world to also slide into recession.”

So, to certain politicians in other Western countries who still refuse to see reason, a word of advice: Dancing to the United States’ tune is strategically a bad choice and will only reduce your country to a sacrificial offering. Not long ago, the German website Neues Deutschland published an article arguing that siding with the United States without reservation “is not a promising option.” Taking the example of the U.S. Inflation Reduction Act, which is detrimental to European interests, the article illustrated how the United States has always been “America First,” going so far as to attract European investment and capital through subsidies that violate World Trade Organization rules. As pointed out in another recent article on the Japan Times website, many Japanese companies are worried that Tokyo will become increasingly embroiled in the growing economic competition between Washington and Beijing, and they “hope the Japanese government understands that we do not want to be exposed to risks in China.” Japan should, therefore, strengthen communication with China on a range of issues, such as enhancing supply chain resilience, and addressing nontraditional security threats and climate change.

Some emerging economies and developing countries even resent the United States’ hegemonic approach of great power competition and forcing others to take sides. According to a recent article from Hong Kong’s South China Morning Post, the fates of Southeast Asian countries are to a large extent bound up with the trajectory of 21st century China-U.S. relations. In terms of economic development, Southeast Asian countries would prefer that China and the United States work together rather than engage in zero-sum competition.

Both China and the United States benefit from cooperation and lose from confrontation. Just as the Pacific Ocean is large enough for hundreds of bustling barges, so too is Earth large enough for China and the United States to develop together. It is everyone’s earnest hope that China-U.S. relations will return to a healthy and stable footing, and that a way of dealing with each other that is conducive to maintaining lasting peace and prosperity in the world will be found. As pointed out in the Los Angeles Daily News recently, Washington and Beijing need to cooperate in order to confront some of the major challenges faced by the international community.