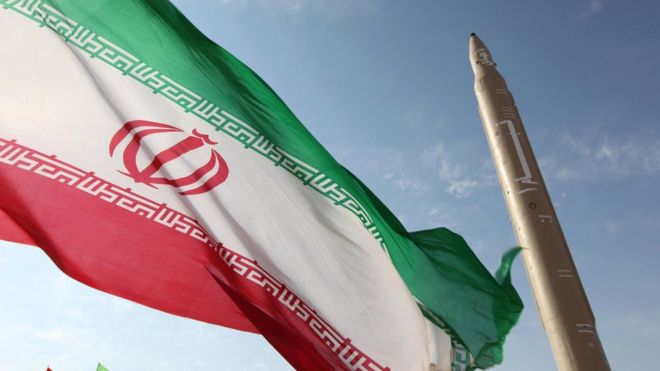 Donald Trump has not yet buried the nuclear deal, but the damage is already done. The U.S. has done the mullahs a big favor.

For months, Donald Trump has ranted against Iran and the allegedly worst and most one-sided treaty the U.S. has ever entered into. Actions followed on Friday: The U.S. president refused to renew the certification of the treaty with Iran. Even though the treaty will remain intact for the time being, the repercussions will soon be felt in the unsettled Middle East region.

With his no, Trump places the topic at the door of Congress, which must decide about a withdrawal from the treaty in the next two months. However, the political damage is already done. Instead of more calculability and cooperation, signs fully point to confrontation.

At the same time, the international nuclear watchdogs certify that, up to now, Iran has held strictly to the agreements. Trump does not dispute that. He primarily takes exception to Tehran’s growing hegemony in the region. This, however, is not a result of the nuclear program. It is the result of the systematic failure of the Arab world to be able to hold a candle to Iran in science, education and culture. And it is the result of the epochal U.S. mistake of marching into Iraq in 2003. At that time, the Islamic republic still sought a comprehensive balancing of interests with the U.S., which was brusquely refused by George W. Bush.

Iran Could Come Out the Winner

Today, the U.S. has hardly anything to offer in opposition to the presence of power in Syria, Iraq, Yemen and Lebanon unless the world power wants to saddle itself with a further endless military adventure. Washington is hardly heard by the Shiite leadership in Iraq. In Yemen, premium weapons customer Saudi Arabia, with American support, is bringing about an unparalleled humanitarian catastrophe. And, on the Syrian battlefield, the U.S. is merely indirectly present with Kurdish-Arab support troops.

So, in the end, Iran could again come out the winner. With the nuclear deal, the Islamic Republic succeeded in shaking off the harshest weapon of sanctions, the oil embargo. The native raw material can again be sold in world markets without obstacles. Russia, China and Europe are not thinking of sacrificing their lucrative deals to a reanimated American embargo. And so, the United States, should it actually exit the nuclear deal at the end of the year, would principally hurt itself.