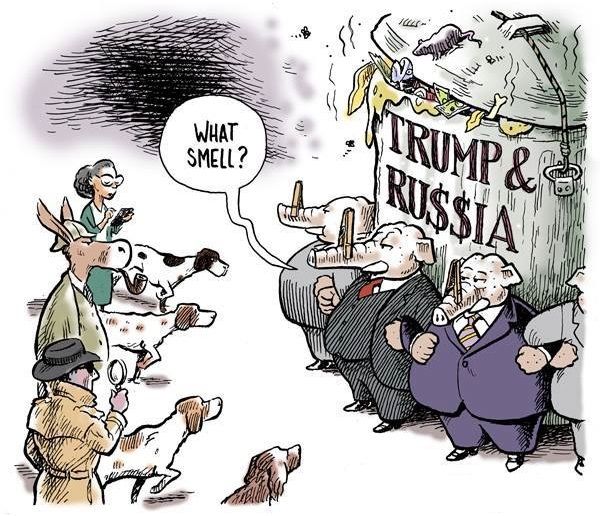 If Michael Flynn tells all, the Russia investigation will become serious for Donald Trump’s innermost circle. The future of the president, however, is not a legal question for the time being.

Lying to the FBI is no trifle — normally. As is customary in such interrogations, investigators would have made clear what consequences that can have at the beginning when they met with Trump’s then-national security advisor: up to five years in prison.

And yet Flynn made “materially false, fictitious and fraudulent statements” about his contacts with representatives of the Russian state. He pleaded guilty to that — it was also the only thing he was charged with and merely a single infraction. For all intents and purposes, it is a trivial offense compared with what has long been public about Flynn’s misconduct: collaboration with Russia over money laundering accusations to alleged involvement in the plan to kidnap cleric Fethullah Gülen and illegally deliver him to Turkey.

It is actually clear: Flynn is telling all. Special Counsel Robert Mueller has won him over as a key witness. For seven months, Mueller has been investigating Russian influence on the U.S. election, as well as possible agreements between Trump’s team and the Kremlin and attempts by the president to obstruct justice.

And now fantasy is running wild again among all those who hope for Trump’s impeachment, especially considering that Flynn has already stated that the orders for his contact with the Russians were given by a “very senior member” of his [Trump’s] staff. But Flynn, the eventual national security advisor, was already in the vanguard of the newly forming government during the election campaign. In particular, it was more likely that Flynn gave directions rather than took them in issues of foreign policy.

That really narrows the circle of suspects. Trump’s son-in-law, Jared Kushner, who had his finger in everything, ranks among them; also Reince Priebus, who was already playing the part of chief of staff; in addition, the eventual vice president, Mike Pence, who organized the transition from the election to taking office — and even President Trump.

At the same time, the White House’s statement about Flynn’s admission is comparatively close to the truth: Nothing in his testimony concerns anyone other than Flynn,, and ultimately, his lies were the precise reason why he had to leave the administration after just a few weeks. Until Flynn really names names — which he has possibly already done in speaking to Mueller — Trump will get by with that.

The Goal Is Not Toppling Trump

The special counsel has little interest in immediately disseminating the results of his investigation. He will only do that when absolutely necessary, for example, when he presses further charges. Nevertheless, one can assume that will happen given his apparently sweeping accommodation with respect to Flynn. It’s becoming serious for Trump’s inner circle.

Mueller has good reason to take his time, especially with respect to information that applies to Trump himself. His goal cannot be to topple the president as quickly as possible. In fact, he must comprehensively fulfill the task given to him – no matter how long it takes. As long as Trump is in office, charges are hardly possible under constitutional law anyway. Therefore, the question of impeachment is still less a legal one than a political one.

It is still highly improbable that the Republican majority in Congress will at some point turn against Trump. Without them, the process has no chance. And regardless of whatever offense this president commits, the Republicans appear to have only one thing in sight: Implementation of their political agenda — for example, the absurd tax reform.

All of that is not encouraging. For the time being, one may be content that as president, Trump has hardly gotten any legislative proposals worth mentioning through Congress, that the checks and balances are working and restraining him, and that there are still people who know and fulfill their roles in democratic institutions — exactly like that Special Counsel Mueller.

Yet one already senses how Trump will respond within his parallel reality to the end, a reality in which he alone knows what is really going on, and in which the investigations concerning Russia’s manipulation of the election of this very president are a conspiracy of his opponents and the media. And in which everything else takes a back seat to his authority — as long as one lets him.