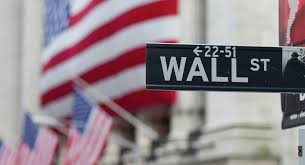 Intent on halting Beijing’s race to become the world’s biggest economy, Donald Trump may now be happy. Yet, after taking credit for stock exchange gains that are now wiped out, the consequence of his actions may be a downturn in the U.S. itself.

Italy’s battle with Europe over its public spending deficit is being played out against the backdrop of a global financial scene that is suddenly showing signs of approaching trouble. This is primarily due to the end of the technology bubble that saw Apple become the first company in history to be valued at more than $1 trillion. The same figure (approximately equivalent to the gross domestic product of Austria, Poland and Hungary combined) was recently wiped off the share prices of the five so-called FAANG companies (Facebook, Apple, Amazon, Netflix and Google) in a few weeks. But alarm bells in the markets are not only ringing because of the possible overvaluation of big tech stock prices. While it is true that the American economy is enjoying another strong year of growth in 2018, there are signs, such as the 4.4 percent drop in orders of durable goods for October, that make many fear that the effects of the U.S. trade war with the rest of the world, above all with China, are starting to make themselves felt. What’s more, the Chinese stock exchange is struggling even more than Wall Street, having fallen 27 percent since the beginning of the year.

Intent on halting Beijing’s race to become the world’s biggest economy, Donald Trump may now be happy. Yet, after taking credit for stock exchange gains that are now wiped out, the consequence of his actions may be a downturn in the U.S. itself. There are other signs in America raising fears that the boost which Trump’s tax relief policies (implemented 11 months ago) gave the economy may be coming to an end. At the same time, the effects of the Federal Reserve’s decision to gradually raise interest rates is increasing the cost of borrowing from levels close to zero in the years following the financial crisis. The Silicon Valley giants have strong balance sheets; much more fragile, and representing a greater threat, are the traditional industrial groups which carry much higher levels of debt. A downgrading of a company like General Electric on the part of the ratings agencies could lead to a serious crisis in the bond markets. Given that GE has lost 76 percent of its value in the past two years, this could create a chain reaction, with stocks of the many other debt-laden companies being downgraded to junk status.