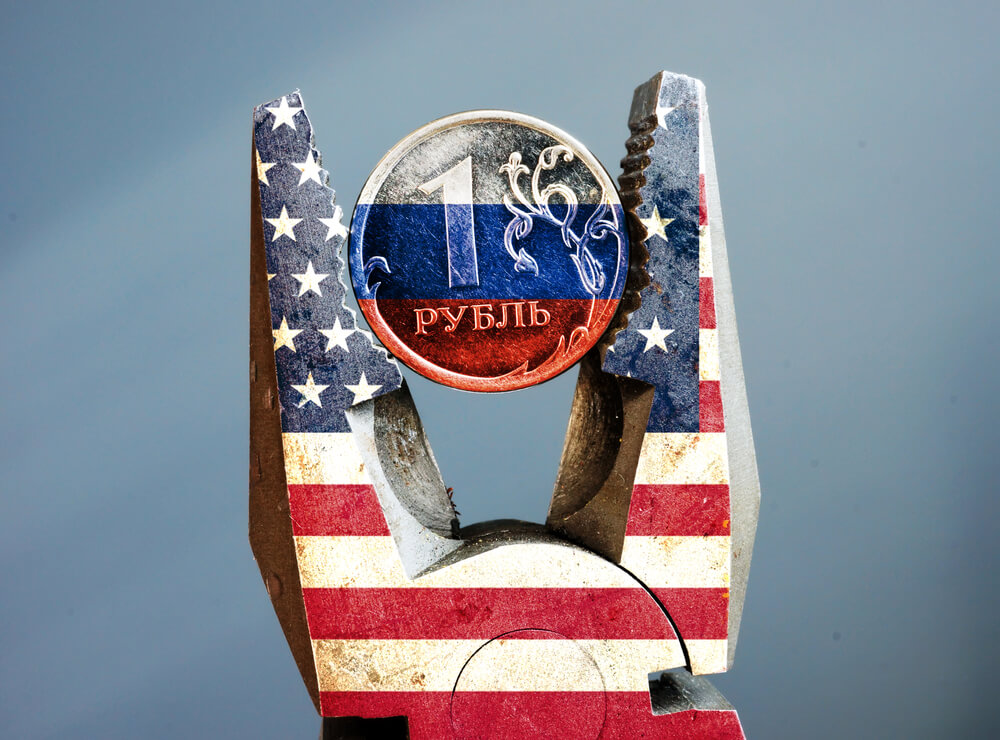 The new bill will try to greatly restrict the Russian energy sector and the financing of public debt.

“Moscow will continue to push, until it meets genuine resistance.” That is how Democratic Sen. Bob Menendez encouraged support for the latest bill in Congress, attempting to impose tougher sanctions on Russia. He is being supported by senators from both parties, and if passed, the bill would lead to imposing sanctions and bans on entry to people close to Vladimir Putin, Russian banks, the financing of Russian sovereign debt and the Russian oil sector, Reuters reported. The proposed severe measures are a sign of the growing frustration in Congress toward Russia, and of anticipation that Donald Trump will adopt a tougher stance when it comes to Putin.

Republican Sen. Lindsey Graham and Democratic Sen. Menendez introduced a new bill with stricter sanctions against Russia and President Putin’s inner circle of friends. The bill is a tougher version of the previous proposal submitted by the two senators, which was rejected by Congress.

However, the situation this year is different. On one hand, the Democrats control the House and are highly critical of Russia. Many Republicans also feel that Trump must demonstrate a firmer approach to Putin, especially with Robert Mueller’s very visible investigation of Russian meddling in Trump's presidential election. If the new act called Defending American Security from Kremlin Aggression is passed, Trump has to approve it.

DASKA includes wide-ranging and extremely rigorous measures against Russia. Supporters of the bill say that Russia should be punished for backing Bashar Assad in Syria, for the aggression in Ukraine, for meddling in the U.S. election process and for the overall erosion of international law, which Moscow finances. Moreover, the senators are not happy that Trump's administration eased sanctions against the companies of Russian oligarch Oleg Deripaska, and are requiring a tougher stance by the U.S. president.

A Serious Range of Measures

If passed, the act would impose sanctions on the international operations of large Russian banks, which finance intervention in foreign elections. The Russian cybersector will also fall under the sanctions. The financing of new Russian sovereign debt will also be banned from taking place in international markets. There will also be sanctions against Russian citizens who directly or indirectly assist Putin's and his inner circle’s corrupt practices.

The most important sanctions, however, are against the Russian oil and energy sector that generates more than 40 percent of Russian government income. DASKA proposes imposing sanctions on every company or country that provides goods, services or financing for the development of crude oil deposits on Russian territory. Sanctions will also apply to all terminals outside Russian borders for liquified natural gas owned by the Russian state.

Such a measure would be deemed too strict and against the interest of most of the international and U.S. oil companies including BP, Shell, Eni, Exxon Mobil and Chevron, each of which holds major investments in partnerships with Russian companies. BP owns 20 percent of the largest publicly traded Russian oil company, Rosneft. According to Brian O'Тoole, former adviser in Barack Obama's Office of Foreign Assets Control who has worked on the sanctions, DASKA's energy component will have to undergo deep cuts to get through Congress. At the same time, there is a huge chance that the rest of the bill will be passed, as "penalizing Russian aggression" is in fashion in Congress at the moment.

The act also includes clauses expressing strong American support for NATO by imposing the condition that at least two-thirds of Congress has to support any any U.S. departure from the military alliance. In this way, the senators are hoping to protect the integrity of the North Atlantic alliance from unpredictable actions by Trump.

At the same time, it emerged that the European Union plans to introduce new sanctions against Russia, which will be agreed upon with the U.S. The EU sanctions will be discussed in detail at a meeting of EU’s foreign ministers next Monday and, if adopted, will most likely take effect within the next two months.

A day after Graham and Menendez presented the bill, the Kremlin's press secretary, Dmitry Peskov, announced that Russia is ready to withstand any new U.S. sanctions. He boasted that Russia has already demonstrated macroeconomic stability despite the existing Western sanctions. The Russian economy reported gross domestic product growth of 2.3 percent last year, but this was due to revised data regarding construction output, while private consumption is contracting.

According to Peskov, DASKA will violate international trade law and benefit U.S. companies in an unfair way.