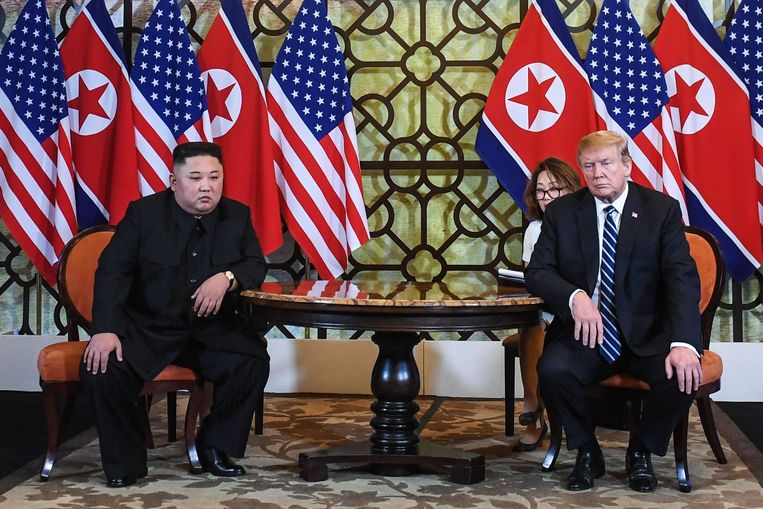 You can never rule out a small miracle, but for now, the discussion about North Korea is unfolding according to a completely predictable pattern. First, there is some thaw, a handshake across the Korean border and a small hint of sunlight in a dark relationship.

Then, North Korea’s interlocutors encounter the harsh reality of a dictatorial regime that is not thinking about giving up its nuclear weapons or reforming its society because it fears that it will otherwise be wiped out, after which there are new incidents, tensions increase, North Korea receives new sanctions, etc.

U.S. President Donald Trump had hoped differently. By sitting down as buddies at the same table with North Korean leader Kim Jong Un, he thought he would be able to break this pattern. Trump considers himself capable of closing unique deals with everyone he wishes to engage in business. And he can really use a foreign deal, now that domestic deals are hardly possible as he faces a hostile House of Representatives and a chaotic situation in the White House.

And Kim was willing, Trump thought. But what Kim primarily wanted is what North Korean leaders have wanted for a very long time: to be considered an equal negotiating partner by the most powerful nation in the world. Just like Soviet leaders and American presidents once met in luxury resorts to make decisions in complex disarmament processes, the Kims have tried to achieve that status by developing nuclear weapons so they can genuinely instill fear. They only needed an American president who would respond, and that has now happened with Trump.

Kim will not be unsatisfied with the course of events. His people, driven by pure propaganda, will praise him for being able to withstand American pressure. He did make a few apparent concessions, but he can basically switch the nuclear program into higher gear at any given moment. And meanwhile, the population suffers: Last month it became known that because of a bad harvest, food rations have been further decreased.

You could praise Trump for trying to break the stalemate on the Korean Peninsula, but the outcome at the moment is too negative for that. By accepting a dictator as an equal negotiating partner without any guarantees for a real negotiation result, he has unfortunately strengthened the position of a pernicious regime.