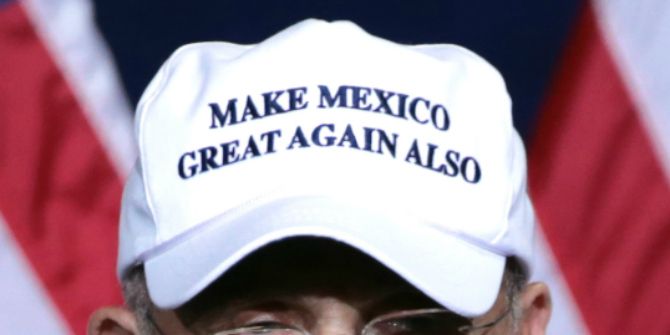 The extreme policies that the government of Andrés Manuel López Obrador represents, from the demagoguery of the rhetoric as well as that institutional dismantling known as the “Fourth Transformation,” correlate to the growth of the extreme right, which is experiencing a renewed boom in Mexico.

Either in groups like the National Front for the Family or through representation by those who include as gender ideology every alternative to a traditional lifestyle, this extreme right radicalizes the rhetoric. It appears in the streets and the forums, follows an agenda opposed to equal marriage, falsifies the content of educational reform and builds a dangerous discourse for the public life of those they oppose, that is, the left-wing populism of MORENA.*

In contrast, a healthy democracy ensures structuring central policy so those with different opinions have room for dialogue and understanding, which is very different from that all-or-nothing environment in which no negotiation is possible, but rather where there are demands and authoritarianism.

A healthy democracy knows to make pluralism and diversity one of its values, because its participants understand and accept the differences as part of the country’s richness: Minorities and majorities in this case have equal rights, and their presence in the political arena is guaranteed and necessary.

Exclusion, therefore, is always a form of discrimination.

That one group gets to decide who can or cannot have rights or limits, such as when the word marriage, which the state always uses for a civil union, is applied exclusively to those belonging to the opposite sex, becomes the precursor of later arguments over who can or cannot protest, or who can express or decide what lifestyle is correct or not.

If it is established that the government determines what sources of information to outlaw, or which university is good or which is bad, or which business is a friend or which is an enemy, the same judgment could be applied to those who, from their radical point of view, seek to define how people conduct their lives, their tastes, their sexuality or their interpersonal relations.

Other elements gradually get added to this way of thinking, making the extreme right a threat to social coexistence. Migration from Central America has already unleashed disquieting flashpoints of disapproval among those for whom Donald Trump’s style of discourse provides fertile ground. Likewise, the recent approval of a gender parity law is angering those who believe that women should stay out of public life and remain at home.

It would not take much, in that sense, for people to begin shouting, “They are taking jobs away,” or “The people who are coming are criminals,” which resonates sweetly with the extreme right in the U.S., Spain, France, Brazil and Germany.

Or take the arguments, which we are now currently hearing, that “they are destroying the traditional family” and “they have no right to marry because it could cause the extinction of the species.” These not only represent false absurdities but, above all, these attitudes represent a political extreme that borders on fascism and nationalism with their long, harsh histories of purity, violence and Manichaeism.

The fight between the extreme left and the extreme right could lead to the radicalization of political discourse, leaving behind tolerance and acceptance, prudence and moderation.

The thought that it takes an opposite and extreme brand of messianic leadership to confront López Obrador is irresponsible nonsense and risky; it’s an easy path for those who understand public life as a battle where rivals must be conquered and who assume that anyone who thinks differently is an enemy.

It is therefore urgent that the parties in the center, beginning with Acción Nacional, look to new ideas and respond to new realities, that they make convincing arguments with, and be necessarily receptive to, modern alternatives where inclusion, moderation, civility, public ethics and the defense of democratic values are in place as counterweights to cruelty, exclusion and the radicalism of the right and the left.

Because, it is in that democracy, built and enriched from the political center, that anyone and everyone fits, including, in a terribly paradoxical way, those who threaten democracy itself.