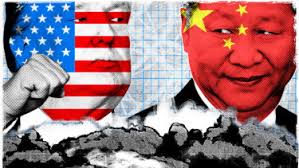 By imposing sanctions authorized by the World Trade Organization, Donald Trump risks opening a new front against Europe and causing an escalation of retaliatory measures that could damage the growth of international trade.

Donald Trump has a selective understanding of multilateralism. Since his election, the president has continued to publicly criticize the way the World Trade Organization operates in order to challenge the rules of free trade. However, that hasn’t prevented him now from leaning on the institution when it has settled a litigation in Washington’s favor.

The WTO has just given the green light to U.S. sanctions against the European Union after determining that Airbus benefited from illegal subsidies, thereby harming its competitor, Boeing. For the Trump administration, which believes that in terms of trade, “the European Union is worse than China, just smaller," this is a great opportunity to assert its "America First" policy a year before the presidential election. The United States says it is ready, beginning Oct. 18, to raise tariffs on 150 goods imported from the EU, amounting to a total of $7.5 billion per year. Civil aircraft will be targeted, as well as many agricultural and industrial products.

Unlike Trump’s trade war with China, these retaliatory measures have been implemented within the international regulatory framework. In this litigation, which began just 15 years ago, the Europeans have certainly made mistakes, and the WTO’s decision makes sense. However, sanctions are rarely applied; the decisions of the WTO serve, instead, to encourage countries to find compromise rather than engage in an escalation of retaliation that damages the growth of international trade.

The Risk of Playing into China’s Hands

By refusing to negotiate over the subject at this stage, and applying WTO-authorized sanctions, Trump risks opening a new front against Europe. "That was a big win for the United States," he boasted. This victory is expected to be short-lived, because Boeing has also been accused of resorting to subsidies. The case must be permanently resolved in nine months, and this time it will most likely be in favor of the EU, which, in turn, will be within its rights to impose tariffs on U.S. products.

This litigation is even more counterproductive than before because it risks playing into the hands of China, which dreams of becoming an aviation powerhouse. Its first medium-haul aircraft, the C919, is just now awaiting approval before it can start putting spokes in the wheel of the Airbus-Boeing duopoly. Needless to say, Beijing did not pay much attention to WTO rules when funding its aviation program with public funds.

Instead of ripping each other to shreds over a dispute that will lead us nowhere, Europe and the United States would do better to join forces to face the Chinese threat. First of all, there is the issue of redefining the role of subsidies, which would be difficult to avoid in a sector that receives huge amounts of investment. The new rules could then apply to all those involved in the WTO’s framework, including China.

In March 2018, Trump boasted that trade wars were “easy to win." Eighteen months later, the only tangible result has been a profound disruption of international trade, which has undermined global growth. An increase in tensions could end up destabilizing it for good.