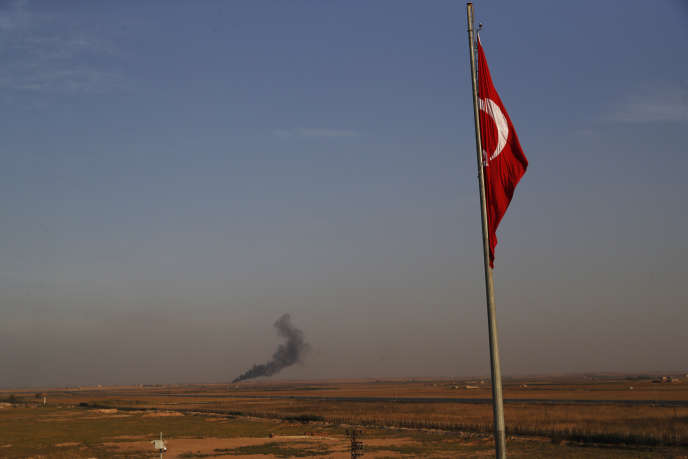 By ordering the pullout of U.S. special forces, the United States has effectively handed over the Kurdish People's Protection Units’ militants to the Turkish army. There will be serious consequences for the U.S. withdrawal, which is viewed as an act of betrayal.

As far as diplomacy is concerned, cynicism can lead not only to disloyalty, but to tragedy. By bombing northeast Syria and positioning forces there since Wednesday, Oct. 9, the Turkey of Recep Tayyip Erdogan has not only attacked a neighboring country, it has initiated an assault against the Kurds, whom the West has to thank for stamping out the threat of the Islamic State.

As the pivotal force of the anti-Islamic State group alliance, the United States of Donald Trump has, by ordering the pullout of U.S. special forces, effectively handed over Kurdish YPG militants, who played a decisive role in combating Islamic extremists, to the Turkish army. There will be serious consequences for the U.S. withdrawal, which is viewed as an act of betrayal committed in the worst possible way: by walking away.

After tacitly giving the green light to the Turkish president, Trump hypocritically referred to the offensive against the border zone controlled by Kurdish forces as a “bad idea.” The five European members of the U.N. Security Council were right to condemn Turkey on Thursday, Oct. 10, and to demand that it “cease [its] unilateral military action.”

This is neither the first time that the Kurds, the world’s largest ethnic group without a state, have been deserted by Washington, nor the first time they’ve been abandoned after being used. The West, which never wanted a direct confrontation with Syrian dictator Bashar Assad, who has butchered his own people, were more than delighted to make use of the Kurds in 2013 when the war against the Islamic State group began to dominate the multifaceted Syrian conflict.

In ruling out the idea of sending a peacekeeping force, and recognizing the ability of Kurdish militants to maintain control over the territory once held by Islamists, the West turned a blind eye to the close proximity of YPG fighters to Kurdistan Workers' Party rebels, Ankara’s sworn enemy and, according to the E.U. and Washington, a terrorist organization.

Trump's desertion of our Kurdish allies is worse than just an insult given that it’s been committed by a NATO member state, it’s a senseless choice with potentially serious consequences. The shock wave caused by this new bout of American isolationism is destabilizing a region that’s already been ravaged by eight years of conflict. Fleeing Turkish bombardments, tens of thousands of civilians will end up on the road, raising the specter of a humanitarian crisis.

The fragile victory over the Islamic State group won just a few months ago, could be jeopardized. Some 10,000 former terrorist prisoners, including 400 to 500 French citizens, are being held by Kurdish fighters and could take advantage of the ensuing chaos of the Turkish offensive to vanish, or even rejoin terrorist ranks.

Trump's pullout gives an all too happy Russia free rein to bolster its influence in the region. As for the Turkish military operation, its arming and use of auxiliary Syrian anti-Assad mercenaries who are eager to take revenge on its Kurdish rivals could throw the Kurds into the lap of the Syrian regime.

Chaos and violence can only move us further away from the one route to peace, i.e., the negotiation of independent status for Kurds within Syria. The U.S. withdrawal, which paved the way for Turkey’s attack, is one of those shameful acts of cowardice that Europeans know will bring about future wars.