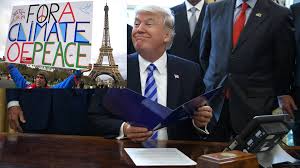 Under the Trump presidency, the United States has adopted a reticent foreign policy, whether in the Middle East or elsewhere. Such a policy trend represents a very real threat to the security of the region and the world. The country has shifted its policy stances and decision-making in a manner unprecedented in American history and in ways that damage its perception as a world leader and diminish its role in the region. Its long-time, historic partners have lost confidence in its commitment, compelling them to form other partnerships to ensure their security and maintain their stability once guaranteed by the United States. The new withdrawn posture has caused not only this but also the confusion of the entire international community, which now struggles to understand the new American policy and what it even aims to achieve in the first place. In one such instance, the Trump administration, which announced its withdrawal from areas along the Syrian-Turkish border, has now returned yet again to the country, and in greater numbers than before. The administration has made similarly puzzling decisions in how it has abandoned valuable policies left by Barack Obama, from the Iranian nuclear deal to the Paris Agreement, to a whole host of other policies and decisions that damage world security.

All of these policies and others baffle regional and international reckoning, leaving the entire world searching in vain for the underlying rationale and deliberation. Is it those leading the current American administration or the institutions serving behind them (which are actually known for wisdom, measured analysis and guidance), who are responsible for making these decisions? The withdrawal of U.S. troops from military bases in northeast Syria has been met with a loud wave of criticism toward the U.S. administration, accused of abandoning its main partners in the war against the Islamic State. The response from the administration has been that American forces are not there in order to protect anyone and that it will not unnecessarily put the security of American soldiers at risk. However, once Turkish forces began carrying out their mission, those same American forces were once again spread out among a number of military bases in northeast Syria, with an estimated 1,000 troops stationed at three main bases. The most prominent of these bases are the airport and military base of Al-Sebt and the silos in the town of Sarrin in the eastern Aleppo countryside, as well as the (قاعدة الجزرة المحاذية)* military base in the city of Raqqa, which was the center of military operations in the campaign against the Islamic State. Troops were also deployed at a base near the city of Qamishli.

This analysis, if accurate, reflects the utter confusion of this period in American decision-making, particularly in regard to its foreign policy. As Donald Trump was announcing the withdrawal of forces from Syria out of concern for keeping them safe, another round of troops and equipment was on its way to the United Arab Emirates and Saudi Arabia. House Speaker Nancy Pelosi mocked Trump’s decisions for this apparent contradiction.

It didn’t take long before the U.S. administration returned more troops to Syria, prompting many of us analysts to ask what the whole point was! Was Trump’s action due to pressure from Congress, which condemned the decision to withdraw from the beginning? Or Trump’s stated goal of seizing Syrian oil resources and preventing the Syrian government and the Russians from using them? Or to put a check on Turkish influence and to convey messages to the Russians and Bashar Assad that the U.S. presence in Syria is not going to change (if not expand, even)? Many of these questions have no answers, but the international community must pick up the pieces and wrangle with the confusion in their wake.

America’s decisions regarding Syria differ little from its decisions in other areas, such as its withdrawal from the Paris climate agreement. The American withdrawal from the climate convention was made on the pretense that it negatively impacted the country’s commercial and productive sectors and granted advantages to other parties. Never mind specifying what supposed advantages other countries would gain that the United States would not, let alone how they would impact America’s trade and manufacturing. What the U.S. truly means by this decision is that it no longer respects the rights of the people of the world, including the American people themselves. They, too, are negatively impacted by the climate consequences affecting different parts of the world today, which have resulted in, and will continue to result in, immense loss of life and property. Whether it is the fires blazing in the rainforests of Brazil or the breakdown of ice at the North Pole, it is all a result of the failure of the developed world to comply with climate agreements.

If we move on to Iran, how the U.S. has abandoned its commitments in the nuclear agreement signed by the former U.S. administration, the subsequent concern of the international community regarding heightened uranium production and the current administration's inability to discourage Iran from pursuing its nuclear weapon goals despite the suffocating blockade imposed upon it ... we will realize how serious a threat this administration poses to the security of the world, aside from the Middle East. Leaving the Trump administration to implement its disastrous policies that have failed to manage regional and international crises will bring heavy losses upon the international community. Even after the end of Trump’s presidency, the crises and unrest that is exacerbated one day after another may bring consequences too dire for us all to deal with in the future.

*Editor’s note: We were unable to translate the name of this Syrian military base.