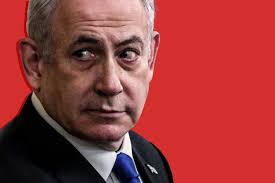 Defying the international order cannot be legitimized. It will be necessary to strictly monitor future developments from Israel and America.

Israeli Prime Minister Benjamin Netanyahu will remain in play for another year and a half. A new government has not been formed despite three general elections since last spring, but this situation will have to do.

Yet the problem is that the prime minister has shown indications that he will move to annex Jewish settlements in the Palestinian territories in July.

Israel occupied the autonomous territories militarily a half-century ago. Annexing land taken by force is clearly a violation of international law.

In setting up a Palestinian state based on the autonomous territories that coexists peacefully with Israel, this “two-state solution” is the only way to end a conflict of more than 70 years. This would be an international agreement, and U.N. Security Council resolutions request withdrawal from the occupied territories.

If Israel forces an annexation, peace in the Middle East will recede even further, and we worry that regional conditions will further destabilize. Tensions with Israel’s enemy, Iran, will increase, and there are also fears that there will be an outbreak of terrorism.

President Donald Trump, far from scolding Netanyahu, is even provoking him. Last year, Trump recognized Israel’s claim to the Golan Heights, which Israel took by force from Syria and still occupies. The peace plan Trump presented this year approves of annexing the settlements.

In the background, there are thoughts of the presidential election in the fall. Evangelical Christians, who form Trump’s base, support an expansion of Israeli territory. The American president’s selfish diplomacy, which ignores the principle of a sovereign country’s preservation of its territory, deserves the utmost censure.

Israel’s new government is the product of a compromise. Netanyahu was indicted on corruption charges, and former Chief of General Staff of the Israel Defense Forces Benny Gantz, the leader of the opposition, spurned a coalition government. But they agreed to form an emergency cabinet when the new coronavirus spread. This means that Gantz will serve as prime minister in 1 1/2 years.

Gantz says he is cautious about annexing the settlements. The coalition deal provides for peace treaties with Egypt and Jordan. We anticipate that Gantz, who is expected to become defense minister, will value regional stability and play a restraining role.

Japan has consistently backed a two-state solution and supported the Palestinians’ human rights and economic development. One of the pillars of this strategy is the concept of a “Corridor for Peace and Prosperity” drafted 15 years ago. An agro-industrial park was created in the autonomous territory, with its products exported through Jordan.

If Israeli-Jordanian relations worsen due to the annexation of settlements, many years of effort could come to nothing. We must partner with Europe to make it clear to Israel that it must not resort to outrageous actions that contradict the international order.