When we see the renewal of the PLO, we will know that there is a new strategy.
It’s a bad sign. Benjamin Netanyahu is re-enlisting for a fourth term as the head of the Israeli government. Just a few formalities, and he will put together his government. Before even taking office, he announced the “flavor” of things. He will not leave any chance for peace as long as he is running Israel. [Read more]

Tensions between the two nations have always existed, but there has never been an Israeli leader who has made such vehement rants against the United States.
<b>Aim for Dialogue To Avoid Growing Tensions</b> The American comedy film depicting an assassination plot against North Korea's President Kim Jong Un has been released on the Internet, and screenings of the film have begun in U.S. theaters. The screenings were temporarily cancelled due to a cyberattack against the [Read more]
There is no longer any doubt among the nations of the world that the United Nations has become a virtual subject to the United States. At the forefront is the Security Council, the drafts and resolutions of which the U.S. State Department admittedly manages and prepares. Therefore, given this direct intrusion into [Read more] 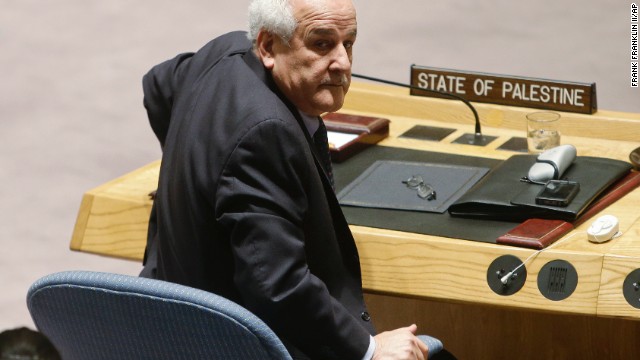 The U.S. veto is one-way and targets only the Palestinians.

<i>Credit for the Palestinians' failure to reach a decision that supports the establishment of a Palestinian State at the U.N. goes to Washington, and it was not a veto that prevented this. However, this successful outcome may only be temporary.</i> The Palestinians' failure to reach a decision at the United Nations [Read more]
Recently, the U.S. Department of State released a report titled, “Limits in the Seas — China: Maritime Claims in the South China Seas,” which improperly commented on the legal validity of China’s nine-dash line in the South China Sea, and stated that China has yet to clarify relevant maritime claims in [Read more]