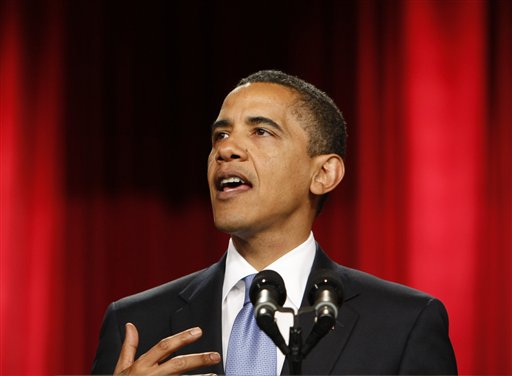 It was a good speech in all aspects. It ought to contribute somewhat to reducing the distrust the Muslim world harbours against the United States.

But the resolution of the principal problem that has divided Americans and Arabs for several decades now– the Israel/Palestinian conflict — calls for more than just words.

What Barack Obama said in Cairo appears rather astute: “The only resolution is for the aspirations of both sides to be met through two states, where Israelis and Palestinians each live in peace and security. […] And that’s why I intend to personally pursue this outcome with all of the patience and dedication that the task requires.” But what was possible twenty years ago is much more difficult today.

Twenty years ago, Yasser Arafat, chairman of the PLO, had come to accept the need to accommodate a Palestinian State in the 22% of the Palestinian territory that remained after Israel’s 1948-1949 War of Independence . Israeli law prohibited any contact with the PLO and it would take many years before Israel formally accepted this objective in the Oslo Accords. It was a hopeful time in the Middle East.

Each of the two camps had the impression that it made enormous concessions, but realistically, they each yielded what they never had anyway. The Palestinians never had the slightest hope to regain possession of the homes they had left behind in what is today Israel proper, whether through negotiations or violence. The Israelis could have maintained its military rule in the West Bank and the Gaza Strip at the price of having to rule a country containing more Palestinians than Jews.

So they made an agreement to continue to live, that’s what Arafat and Israeli Prime Minister Yitzhak Rabin had decided to do when they signed the Oslo Accords in 1993.

And that is what would have continued to be had Yitzhak Rabin lived, but he was assassinated in 1995 by an Israeli extremist opposed to Israeli withdrawal from the occupied territories. Benjamin Netanyahu succeeded him in the following elections, and has recently made a comeback to the post of prime minister.

During his first stint as Prime Minister between 1996 and 1999, Netanyahu successfully set back the progress towards Palestinian independence. When he left office, Israelis as well as Palestinians were no longer under any illusion.

This disenchantment facilitated the rise of the PLO’s biggest challenger, Hamas , which mirrors the Israeli Right and rejects the idea of two states for two peoples. Opinion polls show that two-state solution continues to enjoy the support of the majority of the Israelis as well as Palestinians, but these majorities have grown smaller with the passing of years.

Furthermore, Hamas on the Palestinian side as well as the more extreme allies of the Likud party on the Israeli side, have the ability to sabotage an agreement on the creation of two-states. In the Gaza Strip, Hamas rules over more than a third of the Palestinian population. Given the proportional voting system in Israel, it becomes increasingly difficult to form a coalition government without the participation of at least one of the parties that is firmly against such an agreement. For years, the two-state solution has been kept alive by artificial respiration.

Resuscitation is not impossible, but it will be very difficult. Netanyahu will not be able to accept the creation a Palestinian state and the abandonment of the Israeli settlements the West Bank without destroying his government coalition. The Palestinian Authority will not be able to bring Hamas to the two-state solution. If Gaza Strip is not included in the negotiations, the project of two states for two peoples cannot be held together.

If Obama is as serious as he seems to be about working in favour of this solution, he must set his strategy on two intermediate aims: to undermine Netanyahu’s coalition in Israel and deliver the Gaza Strip from the clutches of Hamas. These two objectives require the same policy in Washington: a firm and clearly expressed opposition to any expansion of the Israeli settlements, (including by “demographic natural growth”) and a determined and coherent support for creation of a truly independent Palestinian state.

With regard to the primary goal, Obama started rather well by frankly announcing to Netanyahu that the secret promises made to the former Israeli government by former American president George W. Bush on the maintenance of the settlement blocs are now null and void . Then, he must start on an parallel path on the Palestinian side. Perhaps he should go to the West Bank for his next great speech?

Gwynne Dyer is a Canadian independent journalist, based in London. His articles are published in 45 countries.

Footnotes added by the translator:

i The PLO was founded in May 1964, 3 years before the West Bank and Gaza Strip came under Israeli occupation as a result of the 1967 Six-Day War. The original PLO Charter stated that “Palestine with its boundaries that existed at the time of the British mandate is an integral regional unit,” and sought to “prohibit… the existence and activity” of Zionism. Palestinian statehood was not mentioned until 1974 when the PLO called for an independent state in the territory of Mandate Palestine.

ii The PLO was considered by the USA and Israel to be a terrorist organization until the Madrid Conference in 1991.