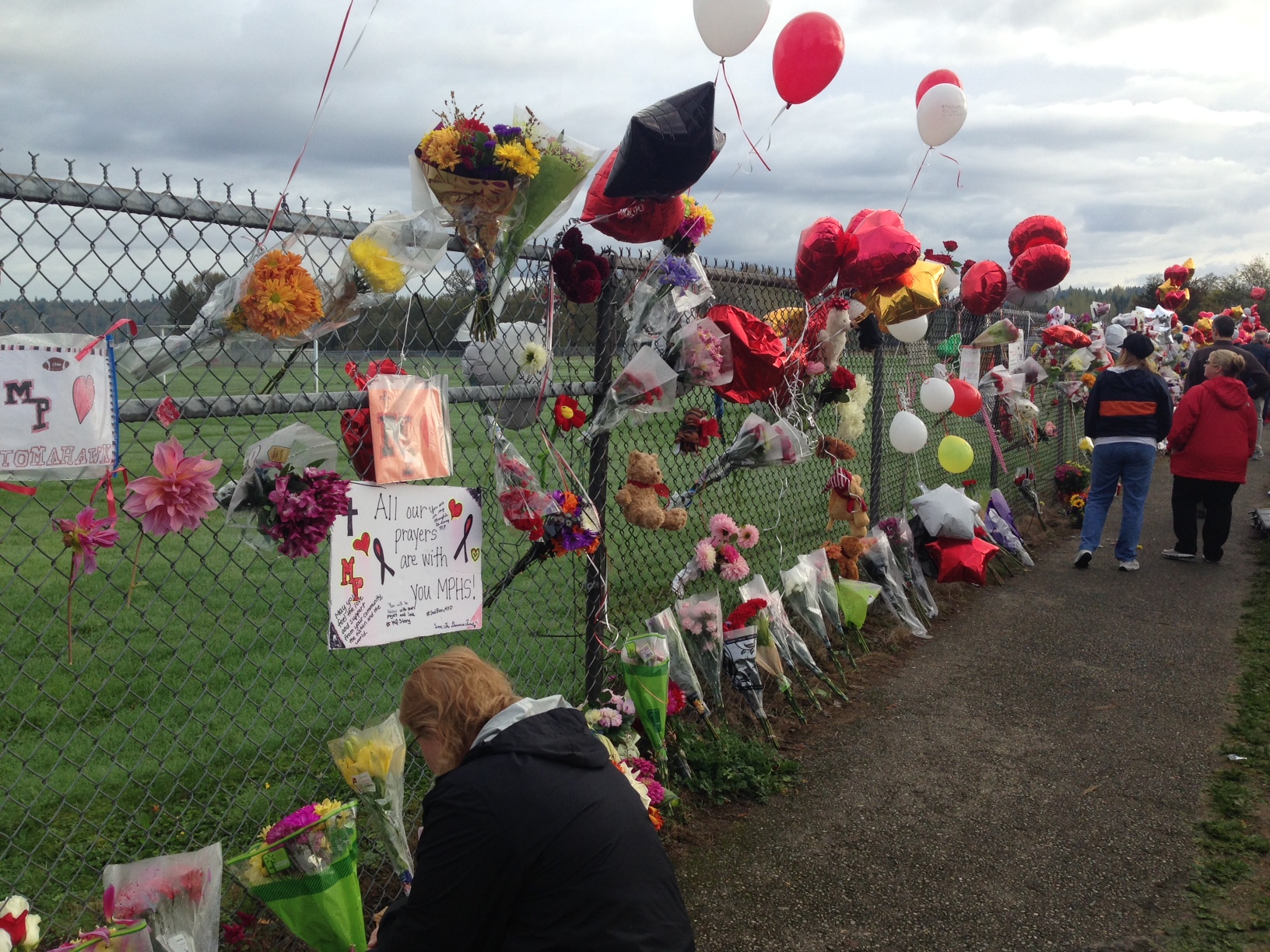 Did something happen in the U.S. over the weekend? A school shooting? Oh, yeah, some 14-year-old kid shot up the lunch room at Marysville High School in Washington state. He used a .40 caliber handgun that was legally acquired to kill two girls, and he wounded three other students before he shot himself to death. Three days later, nobody would have even remembered the event if the second girl hadn’t waited until yesterday to die from her wounds.

The victim again makes it into the international news feeds and in the U.S., television news channels that have to produce news stories 24 hours a day snap into action. But in all the major American media venues, the story hardly gets more attention than just a short headline.

A school shooting rampage is only news for two or three days at most. Unless enough children are killed, such shootings are seen more as business as usual, rather than something out of the ordinary. It’s tragic, but that’s the way it is. These events are treated more like natural catastrophes such as hurricanes, blizzards or the election cycles with their debates and scandals. Gun violence in schools, movie theaters or shopping centers is now met with shoulder shrugs unless enough people die all at once. It’s the same for politicians, the average man and journalists. But the question appears to be: what should we do? Nothing will change anyway. Of course, there’ll be a brief outpouring of photos of the bereaved, demands for better gun control and stricter laws. But the president won’t make a television appearance for just a couple of victims; he’ll be “kept informed of developments,” and then there will be the usual expressions of concern.

New Activism Would Just be Laughable

The fact is, President Obama would just make himself the butt of jokes if he tried to do anything about it. There were no stricter gun laws enacted even in the wake of the massacre of 20 children two years ago. Why should two dead kids make any difference now? Ebola panic is more in vogue than concern about gun violence. America has come to accept daily shootings. The loudest debate isn’t over how to reduce the number of guns in America — 300 million privately owned weapons — but rather whether it’s a better idea to counter that danger with even more guns. In Texas, they consider it a good idea to arm teachers in the classroom. Their argument holds that teachers with guns might prevent potential maniacs from harming their students.

Whether a math teacher in the classroom or a history teacher at home might be an effective way to combat school shooters or just add to the body count won’t be shown until the next classroom shootout. Conservatives and gun advocates believe that simply a gun-toting good guy in McDonald’s or the Gap can stop a bad guy with a gun.

Against these voices, two insignificant victims don’t stand a chance. Too many Americans are killed every day with guns. Americans now face one central question: how to solve that problem. A study by the FBI shows that such massacres are on the increase in the United States. But public debate about them is decreasing. That plays into the hand of gun advocates, who fantasize a scenario pitting an armed lunatic against a gun-toting father in the supermarket. But that might at least put the issue back into the headlines.