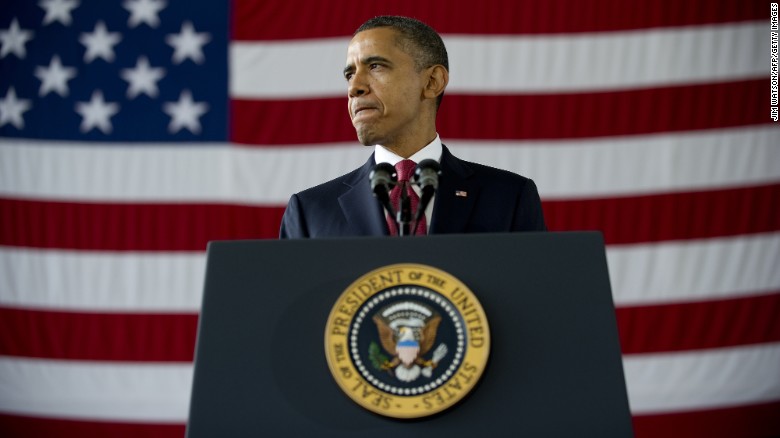 “There’s a reason why my name is Barack Hussein Obama,” the president of the United States said last week to a group of Kenyan entrepreneurs during a visit that he said was “personal” for him. The only time Obama saw his father, he was ten years old, during a brief stopover in Hawaii, but the figure of the U.S. president is marked by a long search for his identity. It was like hearing the Obama who, on June 4, 2009, appeared at the American University in Cairo to deliver a speech that sought to bring to an end the antagonism between Islam and the West. Then, too, he began recalling his full name, his childhood in Indonesia hearing the call to prayer at the mosques and the importance of the Muslim community in the United States. It was the period when the world was still in love with the recently elected president. There were no Arab revolts, no war in Syria, no Islamic State group. There were just the problems inflicted by the belligerent politics of George W. Bush. Obama recognized then the error of Guantánamo and of torture, and experts compared that 50 minute speech in the Egyptian capital with that of John F. Kennedy in Berlin in 1963. Later, however, came reality. The world was not how Obama expected. And he was not the president the world had imagined.

The Democrat leader has taken nearly six years to write his own international agenda. That of his first term was monopolized completely by Hillary Clinton, while the president battled with the economic crisis, the intransigence of a Republican Congress and the poisoned inheritance of Bush’s two wars. But the lame duck has got into gear. After the latest electoral defeat in the autumn, with both chambers against him, Obama decided that the time had come to write his legacy. “I’m not finished,” he warned at the end of 2014 in the subject of the email that he sent to supporters after the press conference in which he announced the re-establishment of relations with Cuba. Since then, the agreement on Iran’s nuclear program, the opening of diplomatic relations with the Castro regime, the negotiations of free-trade agreements with Asia-Pacific and the European Union and the latest trip to the African continent – to the “newest and most promising frontier of limitless opportunity,” as President Uhuru Kenyatta told him – demonstrate that Obama has decided to shape his own international legacy; to return to being an inspirational president; to wipe out the disappointment of the African continent with the first African-American president of the United States, who up to now has had a rather poor balance in a region dominated in recent years by China. Obama speaks of peace and negotiation but is building the foundations for new global bilateral commercial relationships and starting with the opening up of new areas of competition, above all with Beijing.

He still has 18 months of his presidency remaining. Released from the desire to be the president of consensus and bipartisanship, Obama’s strategy now is to challenge his critics, those who have declared him the president of a United States that has resigned from its role as world leader. Obama says the hour to free himself from “the imprisonment of the past” has arrived.

The White House, in addition, is preparing a plan to close the Guantánamo detention center, according to Reuters last week. A “national imperative,” which became the great unfulfilled promise of his administration. The military prison, where 116 people are still detained, is one of the disgraces of his term in office: the proof of his incapacity to promise justice and end the abuses of the fight against terrorism.

Obama needs to close the circle. The return to the discourse and the commitments that have been buried in recent years and that of a hopeful United States who chose the first African-American president in its history, now that the reality of social and economic inequality, arbitrary police violence and street protests demonstrate that the idea of a post-racial North American society is still far off. It is the final great step: to overcome prejudice and racism. “The black president some worried about has arrived,” was the title of an article in the Washington Post two weeks ago which explained how the discourse of Obama against racism, discriminatory language and the old symbols of slavery has become more and more strident. Obama’s legacy will be written for the new alliances of the United States in the world but also for how to manage to transform North American society.