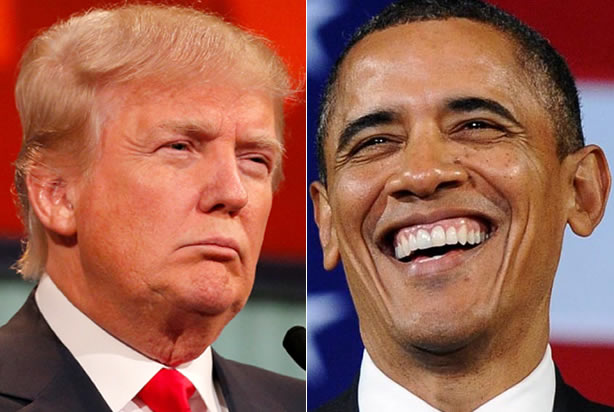 In the middle of 2008, when he was still just a candidate for president, Barack Obama gave a speech to 200,000 people in the German capital of Berlin. The speech centered on his vision of a U.S. foreign policy based on international collaboration. Instead of building walls, Obama said in the middle of Berlin, countries should be trying to tear down those that already exist.

It was a memorable speech with a message very distinct from the war-like tone that had prevailed during George W. Bush’s presidency, and it was well received both in and out of the United States. Six years and three months after coming into office, Obama remains faithful to that vision, not only in words, but also in action.

He’s brought relations with Latin America to a very different place than they’ve been in the past. Four decades ago, the United States’ actions in the region consisted mainly of installing puppet leaders in the banana republics of the south, condoning — if not directly backing — governments that violated human rights. Since then, relations have changed substantially.

In no place is this change more evident than in the United States’ new attitude toward Cuba, bringing to an end a policy of isolation that has failed for half a century. As for Colombia’s peace process, in which international support has been critical, the United States could have taken a passive role. But it was there when it had to be, and kept a respectful distance when it was necessary.

President Obama could be accused of being absent in Latin America and its politics, of having exercised a “benevolent negligence” toward his neighbors, as some say. But when he says that he started a new chapter of relations on this continent, he’s not lying.

That respect and moderation have marked his actions inside his country as well, and it’s a style — or a tone, really — that many of his supporters share, despite what the Republican primaries make one think. There is a country that feels represented by President Obama, and that believes an important part of his legacy will be the integrity, honesty and humanitarian spirit that he’s imprinted on his whole administration. It’s a better country.

But there’s another nation, which has made itself known in the landslide of votes for Republican candidate Donald Trump. The people of Trump’s country share a discontent in the economy. They’re people globalization and technology have left behind. They believe that the size of government and the self-indulgence of politicians are to blame for their own misfortunes. If that were all, it wouldn’t be so serious, but in Trump’s country, all humans are not created equal. Women are meant to look beautiful, immigrants are inferior and dangerous, Muslims are terrorists, and there is more virtue in being arrogant and vulgar than educated and modest.

That has been the greatest revelation of this electoral campaign in the United States. It’s brought into the light a sizable part of the population that doesn’t really believe in universal values and principles, and is anxious to replace the civility created by Barack Obama with a populist, “anything goes” government. That other country — which Trump did not create but to which he has given a voice — crouches, waiting its turn. For the good of the United States and the whole region, I hope it never arrives.