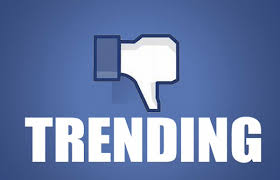 Antisocial: what they like they show with emphasis; what they don’t, they hide.

Let’s start with a promise: no one here is defending the role that restless reporters and well-prepared editors perform in searching for, filtering and disclosing news, an activity also known as journalism, with all its fragility and timely urgency.

However, let’s expose a negative aspect of the means that is most used nowadays to access news and information, Twitter and Facebook. Presented as supremely impartial agents that only show topics most searched by their users, the social networks have a skeleton in their closet.

One example happened a few days ago, when five former Facebook contributors described their experience in a role called “news curator.” In this temporary assignment, one that was eventually replaced by algorithms, they had to search and summarize the most-searched or trending topics.

The Facebook news curators were mostly young adults who had just finished studying journalism in elite universities in the United States, and therefore already had a liberal vision, in the American sense, of the world; a tendency exaggerated by the orientation that they should select news and articles from publications with the same line of thinking, such as The New York Times and Time magazine.

Internet powers such as the Drudge Report didn’t make the Facebook list. The list also didn’t include personalities the users showed a lot of interest in, such as Lois Lerner, the American Internal Revenue Service employee who oversaw the persecution of organizations with conservative tendencies that asked for a tax exemption guaranteed by law, one of the biggest scandals in the Obama government.

Manipulation also happened in the opposite direction. Instead of suppressing topics, the “curators” included topics that they considered important, even if the users weren’t very interested, such as “Black Lives Matter,” a radical group that defends the death of police officers as revenge in cases when black people are killed, whether they are excessive reactions or not. The repercussion in Black Lives Matter social media – falsely spread, we now know — is considered an important factor in its expansion.

Mark Zuckerberg has already declared his support to the group and wasn’t happy with Facebook employees who had substituted its denomination with the more inclusive “All Lives Matter.” He and all the billionaire geniuses from Silicon Valley support the open-door policy for immigration because they depend on “Indians,” the general designation for the foreigners that form their labor base.

Zuck is also a militant “Clintonista” and people in the business say he gets nervous when Jack Dorsey, from Twitter, takes more “progressive” positions. In its Council of Credibility and Security, Twitter has dozens of social organization representatives, including some dedicated to watching “dangerous speech,” and postings that might sound threatening to some of the many categories of people that consider themselves victims; none of them, evidently, with any right-leaning tendencies.

After the news from the site Gizmodo about Facebook’s addiction to curating news, the U.S. Senate Committee on Commerce, Science and Transportation, chaired by Republican Sen. John Thune, asked for an explanation. Thune asked, “Have Facebook news curators in fact manipulated the content of the Trending Topics section, either by targeting news stories related to conservative views for exclusion or by injecting non-trending content?”

Facebook Vice President of Search Tom Stocky denied everything. The system is directed to “not permit the suppression of political perspectives” and to “ensure consistency and neutrality,” he said. If the committee had asked journalists, they would know there is no “neutrality” or impartiality.

These are mandatory characteristics in public administration and the judiciary system. The fundamental pillar in journalism is credibility, Zuck. If your 600 million users find out that Facebook has been hiding things over politics, it will not look good for you.