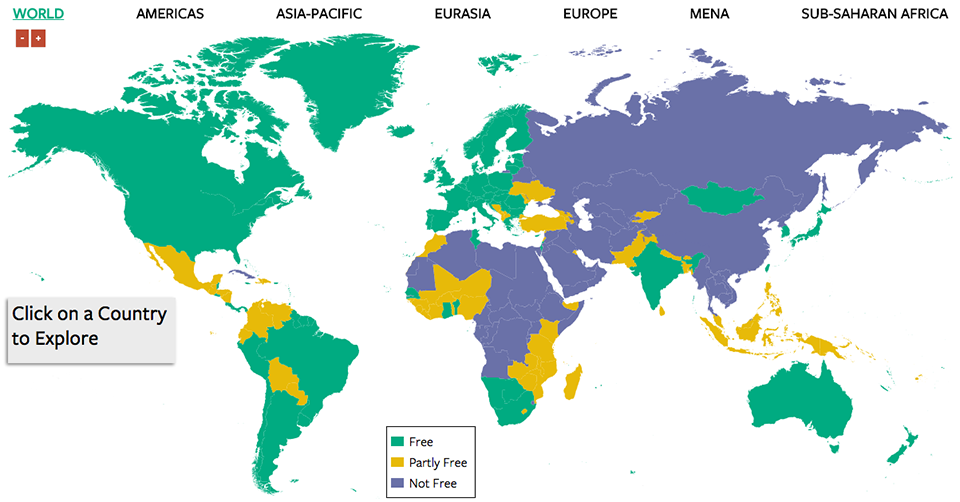 The United States presidential election in November is an election set in the midst of a wavering post-World War II system led by the U.S. In order to continue a world opened up to freedom, this paper expects a leader with actual leadership ability.

The spread of terrorism, migrant issues, simmering debt crises and Russia’s military intervention in Ukraine – the West is being besieged by a number of thorny issues. On top of this, Britain is pulling out of the EU and the tumult seems to have no end.

Challenges for the International Community

At the July NATO Summit, U.S. President Obama pointed out the situation described above by stating, “In the nearly 70 years of NATO, perhaps never have we faced such a range of challenges all at once.”

In order to – as Mr. Obama put it – “mov[e] forward with the most significant reinforcement of our collective defense any time since the Cold War,” NATO is sending 4,000 troops to the three Baltic countries that have shared borders with Russia.

In Asia, China is unilaterally installing military sites in the South China Sea. China also rejected a verdict by the Permanent Court of Arbitration and isn’t budging from a position of compiling various faits accomplis.

China’s maritime forays into the East China Sea are also on the rise. In June, Chinese military vessels entered the contiguous zone of the Senkaku Islands for the first time ever and since the beginning of August, Chinese vessels have repeatedly intruded into these Japanese territorial waters. The next president of the United States is going to have to confront these tests whether he or she likes it or not.

After excessive participation in the problems of the world, the U.S. will want to turn down another foray like that of the former Bush administration in the Middle East, which planted the seeds for the current quagmire there. But the world depends on the global position of the U.S. on all sorts of matters.

However, this paper believes that Republican candidate Donald Trump lacks the necessary awareness for becoming a leader of the world. Mr. Trump’s insistence that “Americanism, not globalism, will be our credo” is equivalent to a U.S.-takes-all agenda.

If the U.S. turns its back on the world and builds a wall around itself, the international community, losing its unifying force, will go into a tailspin. The U.S. itself – the biggest beneficiary of globalization – also won’t be able to avoid a decline in national strength.

On this point, the Democratic candidate, Hillary Clinton, understands the U.S. role in the world from her background as former secretary of state and the partner of a former president. However, the number of Americans who view her as an enemy based on their idea that “free trade takes jobs” is increasing and protectionism is surging. We cannot tell whether Mrs. Clinton will be able to counter these elements.

There are not just threats from the outside. In the national referendum for Great Britain to leave the EU, there was an explosion of indignation from “those left out” of the benefits of globalization. Exclusionary populism fanning anti-immigration sentiment is on the rise and extreme statements that further divide society are gaining support.

This phenomenon is global in nature. And Trump is at the head of it. The need to correct this distortion born from globalization and to push policy that shines light on those left behind is a shared challenge for every nation.

In recent years, “freedom” has continually been eaten away at. The U.S.-based NGO Freedom House, in a 2016 report, warned that the level of freedom enjoyed in the world has continually dropped over the last 10 years. The report determined this by a formulation of 25 items such as open elections, freedom of expression and freedom of religion, and included 195 countries.

In the report, despite the U.S. being noted for its dynamic democratic system open to immigrants and minorities, the level of freedom was determined to have declined due to unequal interference by the wealthy class and certain special interest groups. In all of Europe, a large sense of crisis in fundamental principles such as freedom, solidarity and respect for human rights has been revealed in the face of unprecedented pressure from the migrant crisis.

By contrast, on Russia the report indicated that “increasing pressure on freedom under a Putin system is extending out to neighboring countries and the international system.” On China, “it is becoming a model for the developing world of a combination of political censorship and economic growth.”*

Freedom and democracy have become the basis for prosperity in a post-World War II world. That is now being tested from within and without. This paper wants the next president of the United States to take the lead on this rebuilding process. It is not the time for the United States to start looking inward.

*Translator’s note: The original quotation, accurately translated, could not be verified.