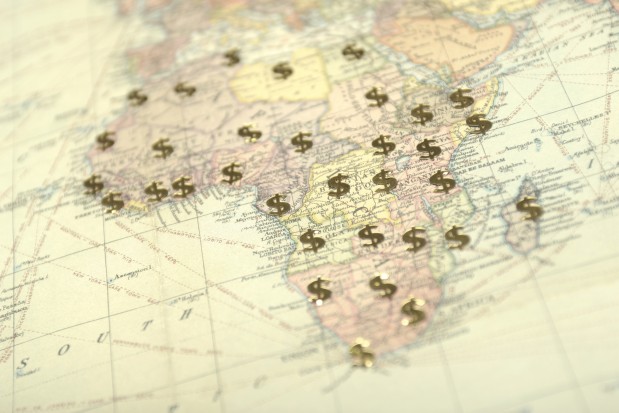 In spite of assurances made by the new American president during his victory speech that the United States would seek to establish partnerships will all foreign nations, what should worry Angola and sub-Saharan Africa in general is the impact of economic measures that Donald Trump could adopt should he make good on his various campaign promises.

Donald Trump made it quite clear during the campaign that he would put U.S. interests first, and, in that same vein, that he would take the country out of a series of trade agreements signed by previous administrations to protect American business.

The most cited deals were the North American Free Trade Agreement – signed by President Bill Clinton, Canada and Mexico – and the Trans-Pacific Partnership Agreement, which was signed by President Barack Obama and the leaders of 11 countries in the Asia-Pacific region, including Japan, Australia, Malaysia, Singapore, Mexico, Chile, Vietnam, New Zealand, Brunei and Peru.

Trump additionally promised to pull the U.S. out of the World Trade Organization and halt U.S. backing of United Nations efforts aimed at tackling climate change—namely, the Paris Agreement.

In spite of such rhetoric, many believed that his proposals in favor of American isolationism would not translate into real political action.

Nevertheless, Trump’s announcement that he would abandon the TPP on his first day in office led many analysts to speculate about possible scenarios, something that has compelled us, for our part, to analyze the impact that his administration could have on Angola, as well as on the entire sub-Saharan Africa region.

Despite not having spoken much regarding his position on trade with the continent, many African economists fear that Trump could represent a threat to the African Growth and Opportunity Act.

The AGOA, a U.S. trade act promulgated in 2000, allows exporters from sub-Saharan African countries without free trade agreements — Angola being one such country — to export merchandise to the United States with a duty exemption.

Having undertaken an assessment of the period between 2004 and 2014, former Angolan Minister of Commerce Rosa Pacavira stated that Angolan exports destined for the United States had tripled, reaching a sum value of $115.39 billion.

The government attributed this rise in both the value and quantity of exports, in part, to the country’s accession in 2003 to the U.S. government-created AGOA.

While it is true that Angolan exports to the U.S. decreased in 2014 by approximately 35 percent, the country continued to find itself on the list of sub-Saharan Africa’s largest exporters of goods to the U.S., alongside South Africa, Nigeria, Côte d’Ivoire and Chad.

According to American trade representatives, Angolan exports destined for the U.S. in 2014 consisted primarily of fossil fuels, minerals, precious metals and gemstones, wood and wood products, agricultural products, and books and newspapers.

Originally forecast to be in effect from 2000 to 2020, the AGOA was later extended to end in 2025. The above figures attest to AGOA’s importance, not only for Angola but also for the region as a whole.

However, the Nov. 8 election of Trump, who has made promises to adopt protectionist trade policies, could put at risk not only the accord’s extension to 2025 but its very existence as well.

Notwithstanding Trump’s significance in the eyes of some pessimists as a harbinger of breakdowns-to-come for free trade agreement negotiations, Trump could still manage to surprise everyone by revealing an appetite for bilateral agreements instead of multilateral agreements, which necessitate incorporating various countries.

When divulging his plans to take the U.S. out of the TPP, Trump stated that in place of this treaty, which was signed by 11 other nations, he would rather sign off on other agreements that would be crafted on an individual basis. We are going to negotiate “fair bilateral trade deals,” he said.

Should he come to make good on his preference for bilateral agreements, instead of multilateral deals signed by various countries, President Trump will understand that trade between the United States and Angola has been mutually beneficial.

It is worth pointing out that U.S. exports to Angola in 2015 supported 11,000 American jobs, according to the U.S. Department of Commerce.

By that same token, Angola was the 74th largest export market for U.S. goods in 2015, with the trade deficit between the two countries at a mere $1.6 billion, a reduction of 55 percent from 2014.

All of that said, if President Trump were to decide to move forward with a bilateral agenda, Angola would have a great chance of being able to maintain the status quo in terms of trade relations.

Given that conjecture and reality are two very different things, however, we’ll have to keep a close watch over the coming four years to better understand what position Southern Africa — and particularly Angola — will have within the new American administration’s foreign policy.