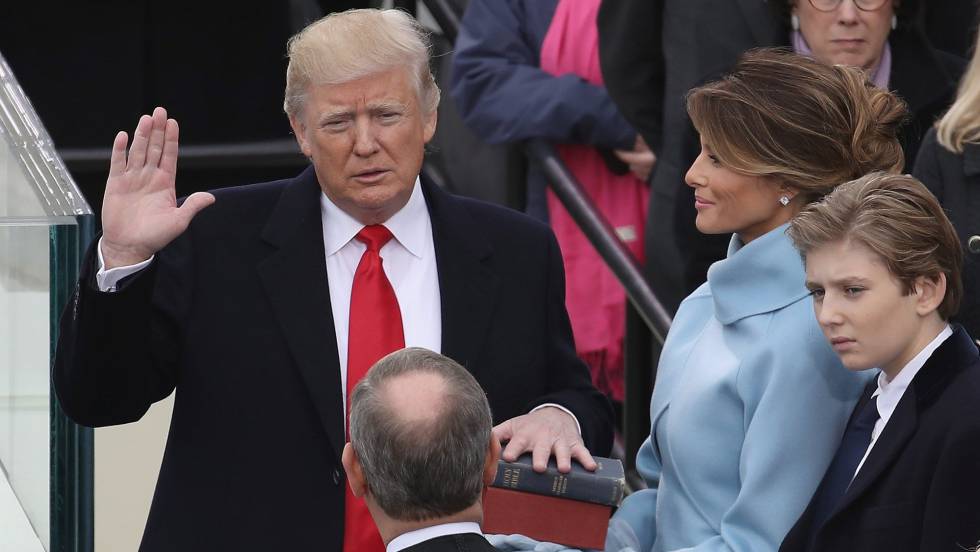 Fulfilling the worst predictions, Donald Trump’s first words as president of the United States were steeped in populism, nationalism and aggressiveness. If an inaugural address serves to set the tone for the next four years, then the world can gather from Trump that it should prepare itself for difficult times, full of turbulence and attitudes as hostile as they are unpredictable.

Following the basic script of a populist speech, Trump repeatedly underlined the division between “the people” and those he considers his enemies, whether these are Washington’s political class, the international economy or friendly nations the U.S. has helped defend. Once again, he heaped attacks on Washington’s “establishment” and appealed to solidarity from the poorest and most patriotic citizens, ignoring that his business career and tax returns, if he agrees to publish them, would reveal the cynical and false nature of his promises.

It was revealing of Trump’s narcissism that in his statement he made no mention of absolutely anyone relevant to the history of the country he loves so much. He did not borrow quotes or ideas from any president, thinker, politician or philosopher. From beginning to end, it was all Trump. He described an impoverished, ravaged country, at odds with the reality of the legacy left by his predecessor, Barack Obama, who assumed the presidency in the middle of the worst economic crisis since the Great Depression and yesterday left office having created 12 million jobs.

Equally distorted was the world view offered yesterday by the new president: a hostile international community that impoverishes Americans which he accused of snatching wealth from middle class homes to redistribute throughout the world. In the midst of the haze of threats, he could not fail to include his usual bravado against Islamic terrorism, which he promised to eradicate militarily, alone and without anyone’s help. In short, a complete abdication by the U.S. from its trajectory and responsibilities in a move to isolationism, unilateralism and protectionism.

After leading one of the most tumultuous transitions ever recorded, the now president of the U.S. demonstrated yesterday that he fails to match up to both the magistracy he accepted to perform and the Constitution he promised to defend. His speech was, once again, like the electoral campaign, full of easy empty phrases, clichés and topics that instead of dispelling the worst fears, confirmed them.

We now know Trump is incapable of speaking like a president. And we doubt he is going to act like one. It is now up to those inside and outside of the U.S. to be vigilant. Just as Obama announced in his departure speech that he would intervene if Trump overreached and damaged the basic rights and liberties of Americans, other countries should also clearly state which red lines that they will not let Trump cross.