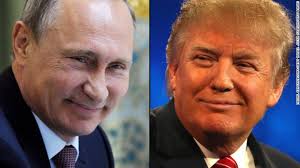 Nearly two weeks after National Security Advisor Michael Flynn resigned, another member of the Trump administration is in the hot seat because of his ties with Russia. The Washington Post reported on Wednesday that Attorney General Jeff Sessions met the Russian ambassador in Washington twice in 2016.

During his Senate nomination hearing, Sessions stated that he did not meet with any Russian representatives during the election campaign. Although he denied lying under oath, Sessions is clearly in a bad position. Democrats are calling for his resignation, but for now Republicans—who have a majority in Congress—seem to be satisfied with Sessions’ decision to recuse himself from any investigation of the 2016 election.

Whatever fate may reserve for Sessions, the FBI, like the Senate and Congressional intelligence committees, is determined to shed light on Donald Trump’s involvement with Russia. From what we already know, the “Russia affair” seems more worrisome and serious than the beginnings of Watergate, which led President Nixon to resign in August 1974.

There are three parts to the Trump-Russia scandal. The first is Russia’s ability to blackmail the 45th president of the United States. According to a report by Christopher Steele, a former British intelligence agent, Russia has compromising information about the former real estate mogul. This information has not yet been verified.

The same can’t be said for the second part of this scandal: Russian interference in last year’s election campaign. In June 2016, Russia became the prime suspect after the Democratic Party was hacked and Hillary Clinton’s emails were leaked. An intelligence report given to President Obama before he left the White House revealed Russian involvement in the hacking and a propaganda campaign to discredit Clinton.

Now we must find out if a foreign power’s attempts to influence the elections were conducted in collaboration with Trump or his team. Several elements point to this hypothesis. In July 2016, Trump publicly encouraged Russia to hack into and leak Clinton’s emails. On Oct. 2, Roger Stone, a man who is close to Trump, used the hash tag #WikiLeaks to announce the end of Clinton’s campaign. Five days later, WikiLeaks published the first series of emails between Clinton and her campaign director, John Podesta. In December 2016, the Russian foreign affairs ministry’s second-in-command admitted that members of Trump’s entourage had contacted Russian representatives.

The third aspect of this scandal is the relationship of members of the Trump administration with Russia. Until this week, Flynn was the most blatant example. Flynn, President Trump’s former national security adviser, contacted the Russian ambassador in Washington in December 2016 to discuss the Obama administration’s sanctions against Moscow for interfering in the presidential election. Flynn allegedly promised that the future Trump administration would abandon these sanctions.

The Logan Act, an obscure law dating back to 1799, forbids anyone outside the executive from making any foreign policy commitments on behalf of the United States government. It wasn’t this clearly illegal act that pushed Flynn to resign—the Trump administration just couldn’t keep hiding the truth.

Trump believes the “Russia scandal” is an attack from frustrated Democrats trying to undermine his credibility. In its last days in power, the Obama administration did everything it could to disseminate evidence of Russia’s involvement in the 2016 campaign—which only plays into that idea.

That being said, Trump is the cause of his own troubles and the accusations against his allies. If Trump hadn’t enthusiastically professed his admiration for Vladimir Putin and his autocratic ways, turned a blind eye to his main advisers’ closeness to Russia, and questioned U.S. involvement in NATO, his presidency wouldn’t be under fire.