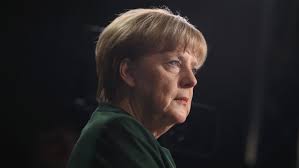 The transatlantic world is passing through the worst moment in its history.

Angela Merkel’s statement that the time when Europe could rely completely on its British and American allies has come to an end, which came up following the NATO and Group of Seven meetings, should neither be taken as a simple passing remark uttered in a moment of frustration at the empty results of the meetings held in Brussels and Taormina, Sicily, nor as a political temper tantrum mustered up with some specific goal in mind. Rather, it’s a warning that transatlantic relations, the cornerstone of progress and security in Europe since the end of World War II, are becoming cumbersome.

The German chancellor did well not to mince words. It’s absolutely critical that we face reality: Europe is much less secure today than it was even five months ago, not least because the new U.S. president has given ample proof that he doesn’t understand the important role that all manner of alliances uniting both sides of the Atlantic play, among other reasons. Donald Trump wrote off NATO, for instance, evaluating the world’s greatest defensive pact strictly in economic terms, while also treating his allies — something best illustrated in his pushing past the president of Montenegro — as a nuisance.

It would seem that Trump gets along much better with authoritarian leaders — everyone from Russia’s Putin and Turkey’s Erdogan to the Philippines’ Duterte and China’s Xi — than with democratic presidents. It never occurred to any of Trump’s predecessors — George W. Bush is one recent example — to question the relationship between the U.S. and its natural allies when politicians in Europe rejected them.

If the Oval Office’s geopolitical thought process is that the Germans are the worst because they make nice cars, then the Europeans are now dealing with someone who will be very difficult to understand. That isn’t to say that Europe should throw in the towel: There remain various other channels to reach the United States, beginning with that of Congress (whose importance is now greater than ever) — a link that the European Union must strengthen and cultivate.