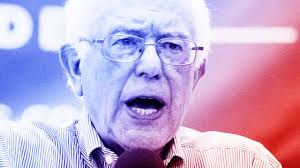 Bernie Sanders, senator and Independent* presidential candidate, has been venerated in his home state of Vermont. His crusade against the rich and the vindication of the poor has raised him in the eyes and admiration of millions of Americans, with no lack of followers in Latin America and Europe.

His political discourse has consistently advocated reducing the income share of the wealthiest in order to swell the crumbs of the less fortunate. (“How many yachts do billionaires need? How many cars do they need?”) With that kind of preaching, he almost delivered a fatal blow to the campaign of his Democratic Party opponent, Hillary Clinton, who eventually beat him in the primaries. But the final outcome of the presidential election favored businessman Donald Trump, the Republican standard-bearer. That was the epilogue to the 2016 election.

The change of status did not impact the senator’s ratings. The problem now has been the negative publicity generated by Bernie’s wife, Jane Sanders, who has been dragged through the mud regarding a land dispute that stems from when she was chairman of the board of a college in Vermont. This drama entails a monetary entanglement of more than $10 million, which, coupled with the bankruptcy of the affected school fund, led to the dismissal of the school’s president.

All this occurred in 2010 and 2011. Apparently, Jane was not subject to prosecution by the state, thanks, perhaps, to her husband’s patronage.

After the primary elections in 2016, Bernie’s plans began focus on acquiring a beautiful piece of land on the shores of Lake Champlain in order to build a summer mansion. This house would be in addition to the one that the senator has in Washington and his residence in Vermont. With three houses and an overflowing bank account, Bernie’s claim of poverty has begun to sound hollow. And by settling in with the 1 percent of the rich, his battle shield has lost luster. How can he now boast of his affinity with the poor?

This is an old story that is repeated daily all over the world’s political map. Candidates who sail forth wrapped in the banner of the poor suddenly appear prosperous. Their voices stop begging and become imperative. Bernie has lost his disguise as a poor man. How will he explain to the electorate his sudden change of fortune? Ah, those shameless politicians.

*Editor’s Note: Bernie Sanders ran on the Democratic Party ticket in in the 2016 presidential election.