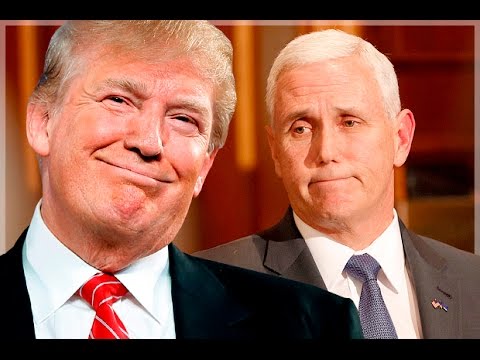 It is lucky that the chaotic administration of Donald Trump is seriously hampering the adoption of the Republican Party’s regressive and anti-social agenda. In an article headlined “Thanks Donald!” which I published in The Observer in July of last year, I thanked Trump for winning the nomination of the Republican Party. I thought that it would ensure the triumph of Hillary Clinton. I hope that this second round of gratitude is more deserved than the previous one.

The repeal of former President Barack Obama’s health care law is one of the pillar platforms of the Republicans. Despite having a majority in both houses of Congress, the obstacles that Republicans face to achieve the repeal have proven to be, for now, insurmountable.* The problem is, in part, attributable to the profound differences between the vision of the far-right wing and that of the more moderate faction of the party. Even a great president would find it difficult to reconcile the interests of those two groups and achieve political agreement. Trump obviously lacks the necessary conditions for obtaining such agreement.

His pathetic intervention has only served to complicate the process even more. In a ceremony in the White House, he celebrated the passage of the bill in the lower house as a great triumph, and then shortly after characterized it as “mean.” More recently, he undermined the Senate proposals by suggesting, in one of his indescribable tweets, that if the Senate could not agree on a new health care program it should simply repeal “Obamacare” and begin to work on its possible replacement later. This absurd alternative would leave millions of people without any type of coverage probably for many years.

If Congress ends up passing a new health care law it would not be thanks to Trump, but in spite of him.* Although this has been little mentioned as a possibility, an interesting Trumpian surprise would be to veto that law. After all, it could never be the panacea that he promised during his campaign.

A second large pillar of this administration’s platform is its proposed tax reform. While these reforms are intended to simplify and improve a system that has become unnecessarily complex and which has become marked by multiple imperfections and injustice, the principle motivation is to reduce the tax burden on businesses and higher income brackets.

As part of the repeal of “Obamacare,” the administration proposes the elimination of two taxes that were originally established to partially finance the cost of health care. The first is a 3.8 percent tax on investment income (capital gains and dividends), and the second is a 0.9 percent tax on salaries and professional fees. Both taxes apply to the portion of income that exceeds $200,000 a year ($250,000 for married couples). Given the opposition of several senators, the proposal is likely to be abandoned.

While some of the other projected reductions will benefit the middle class, it is clear that the most significant are directed in favor of the groups with the most resources. Three of the proposals are particularly offensive. The first would eliminate the inheritance tax that only affects married couples who inherit more than $11 million. The second would reduce the corporate income tax rate to 15 percent. This reduction is particularly beneficial to certain types of entities that only tax their owners, currently at rates of up to 39.6 percent. These entities are typically used in real estate businesses such as the Trump group.

The third pillar, which is the elimination of the alternative minimum tax or AMT, seems specially made for the president. The objective of the AMT is to have people who are able to reduce their income with special deductions, such as recouping the cost of buildings, and pay at least a minimum amount of tax. Trump’s 2005 tax return, the only one that has come to light, shows that he paid $36 million in taxes on $152 million of taxable income. If the AMT didn’t exist, he would have paid only $5 million.

It will not be easy for Trump to sell this tax reduction program based on the potential it has to stimulate the economy given the enormous personal advantages it would provide him if approved. Even his most faithful followers will ask him what his true motivations are.

Another pillar of the Republican platform is the elimination of regulatory requirements that are a burden on business. In the financial sector, many of those requirements were implemented under Dodd-Frank, the law that was approved during the Obama administration to limit the risks that led to the 2008 crisis. While this law is difficult to repeal, Trump is managing to dilute its effects by naming people who come from and answer to that sector to key positions.

Something similar is happening with regulatory standards that Trump has been eliminating by decree in the environmental field. He also named Scott Pruitt as administrator of the Environmental Protection Agency, a lawyer who said that his main objective in this position is to significantly reduce the agency’s authority and the scope of its activities.

Fortunately, administration teams can be renewed and measures that are passed by decree can be modified with new decrees. Trump’s negative image and the negative reaction he is getting in response to many of his decisions, such as pulling the United States out of the Paris climate agreement, should help a future administration mend the situation in the regulatory area.

For those who admire him, we nostalgically remember the professionalism, intellect, and dignity of Barack Obama. During his eight years as president, not one embarrassing revelation emerged from the White House, nor was there any indication of any potential conflict of interest.

Today the United States is in a difficult situation. It is rare that there is a week in which there is no new surprise, and there is increasing speculation about the different scenarios under which Mike Pence could take over. What is alarming about this possibility is that, without the distractions generated by Trump, Republicans could finally focus their full attention on trying to implement their government platform. That is to say, for the poorest sectors it may be preferable that, despite all his problems, Trump finishes out his term.

*Editor’s note: The Republican bill to repeal former President Barack Obama’s health care law was defeated by a vote of 51-49 in the Senate on July 27, 2017.