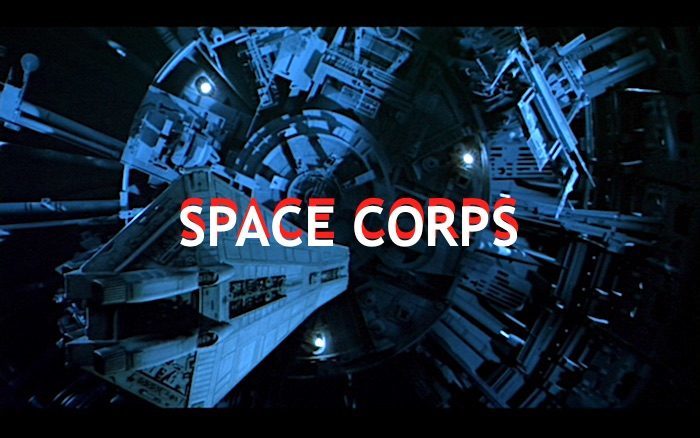 IIn Washington last Friday, the House of Representatives voted to create a new branch of the U.S. Army – a “Space Corps” – which would be in charge of managing space operations. This, in time, will mean a movement toward the weaponization of space – which could only be atomic – further polluting the space environment. Danger is imminent.

U.S. legislators emphasize that the decision goes straight to the heart of national security. Of course! Nonetheless, it’s worth pointing out that the United States, following the example of other major world powers – of the Western world, that is – allows itself to do precisely what it prohibits others from doing. While the atom, as a means of defense, is neither procured nor harnessed on Earth, a country is seeking to exploit it in space. It’s obvious that conventional weapons don’t belong up there, only atomic energy will be of use in the interplanetary void. And within this context, one must consider the fact that scientific research, or more precisely, nuclear research and its applications, are considered by the West to be its exclusive domain.

Last Friday, the world celebrated the second anniversary of the Iran nuclear deal, in which Tehran’s rights in this domain were reduced. It’s worth noting that Iran has gained no benefit from this; the agreement has had no effect or any significant impact on the country. With Iran brought to heel, the West set about tackling North Korea’s nuclear capability, demanding of Pyongyang the dismantling of its nuclear program (and nothing less). More than ever, the maxim “Do as I say, not as I do” seems appropriate.

The United States maintains the right to defend itself in this way, including the production of space weapons, while others have the right to do only as they’re told. In quarantine, isolated and under sanctions, North Korea felt it had the right to its own deterrent. The issue is not whether one agrees and says North Korea represents a danger to the world as, in fact, all countries in possession of weapons of mass destruction – particularly when the country isn’t subject to any kind of control, which is the case with countries in the West – represent a potential danger to the safety of our planet. With things as they are, we haven’t reached that point yet, at least for the time being, which is the main thing. The important point is the ban imposed on developing nations, preventing extensive research into areas arbitrarily off-limits to them, since they don’t adhere to criteria set out by the West.

Besides Russia and China – the only two non-Western superpowers with atomic energy at their disposal – the real decision-makers on this are the United States, France, Great Britain and … Israel. The United States and Israel (a clandestine nuclear power, outside international law, uncontrolled and uncontrollable) are leading the war against a nuclear Iran. This small group of countries, inaccurately calling themselves the “international community,” have drawn up criteria of “trust” aimed at countries wanting to further their knowledge of the latest technology, particularly within nuclear research. Yet the aforementioned Western criteria of “trust” is misleading. The Western countries who allow themselves to pursue this knowledge to its outer reaches (see the decision by the U.S. concerning the weaponization of space) at the same time want to prohibit a large proportion of humanity from accessing it, under the pretext that it doesn’t share their belief or vision of the world and its future. So every nuclear research program that sneaks past these guardians of the temple, they immediately label as “military.” We’ve said it already, the peaceful nuclear program is a Western con, since any research program, whatever its intention, can have military applications. The West knows this only too well, and its desire is to control all research with the potential to result in expertise – particularly in nuclear research – allowing peaceful as well as military applications. This is the problem in a nutshell: The West wants to introduce hypothetical barriers to the spread of knowledge, so that countries are unable to attain, by their own means, what the West wants to keep exclusively to itself. Also, when the carrot no longer works, it starts using the stick. Iran, North Korea and all countries not deemed “politically correct” by the West thus cause a disturbance. Undeniably, this exclusive domain the West wants to impose on nuclear technology is unbelievable!