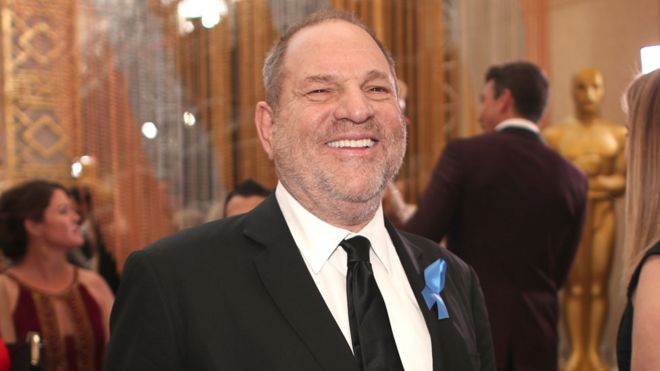 Hollywood is in a tizzy over the Harvey Weinstein scandal, the shock caused by revelations about the all-powerful—ex-all-powerful—film producer who was known to harass and abuse any woman he found nearby. The story was first published by The New York Times, and its tone was reminiscent of Captain Renault’s brash line in Casablanca when he discovers that illegal activities are taking place and that he should be stopping them: “I’m shocked, shocked to find out that gambling is going on here.”

Just as Renault knew the goings-on in Casablanca, now that some of the victims and women are talking, it is clear that the producer’s disgusting adventures were well-known in the movie-making world. It’s also clear that those who knew about his activities said nothing. This is a systemic, paradigmatic social failure.

There are still many who have the unfortunate attitude that such “escapades” should be tolerated as if they were just faux pas that can be fixed with a distraction—even if this distraction costs a lot of money. In out-of-court settlements, Weinstein came to agreements with the women in exchange for dollars. But we should pay careful attention to the fact that extrajudicial agreements can only be signed between two parties of equal standing. The fact that extrajudicial settlements were the answer to Weinstein’s behavior is nothing more than a legally approved abuse of power, and the lawyers involved are equally a part of the problem.

Weinstein’s brother, who’d been abreast of the situation, called him “sick and depraved.” Still, nobody stopped the producer. When, in a liberal, open, and progressive environment, which supposedly the cinematic world is, these types of repugnant attitudes are tolerated—an intolerable abuse of power—it is clear that our road toward significant change is just beginning.

The Financial Times said on Saturday that the revelations about Weinstein demonstrate that “the movie industry is fuelled by a tanker of testosterone.” Time writes that this case exposes that contempt for women is “endemic” in Hollywood. The Academy, in the style of Captain Renault, has declared that an era is over.

With collective behavior like this, fighting for real equality between women and men in society is a chimera. There’s still much to be done to arrive at political, social, and economic gender equality. So we shouldn’t be shocked when the younger generations grow up with the same symptoms as their predecessors, no matter how much we insist on change.