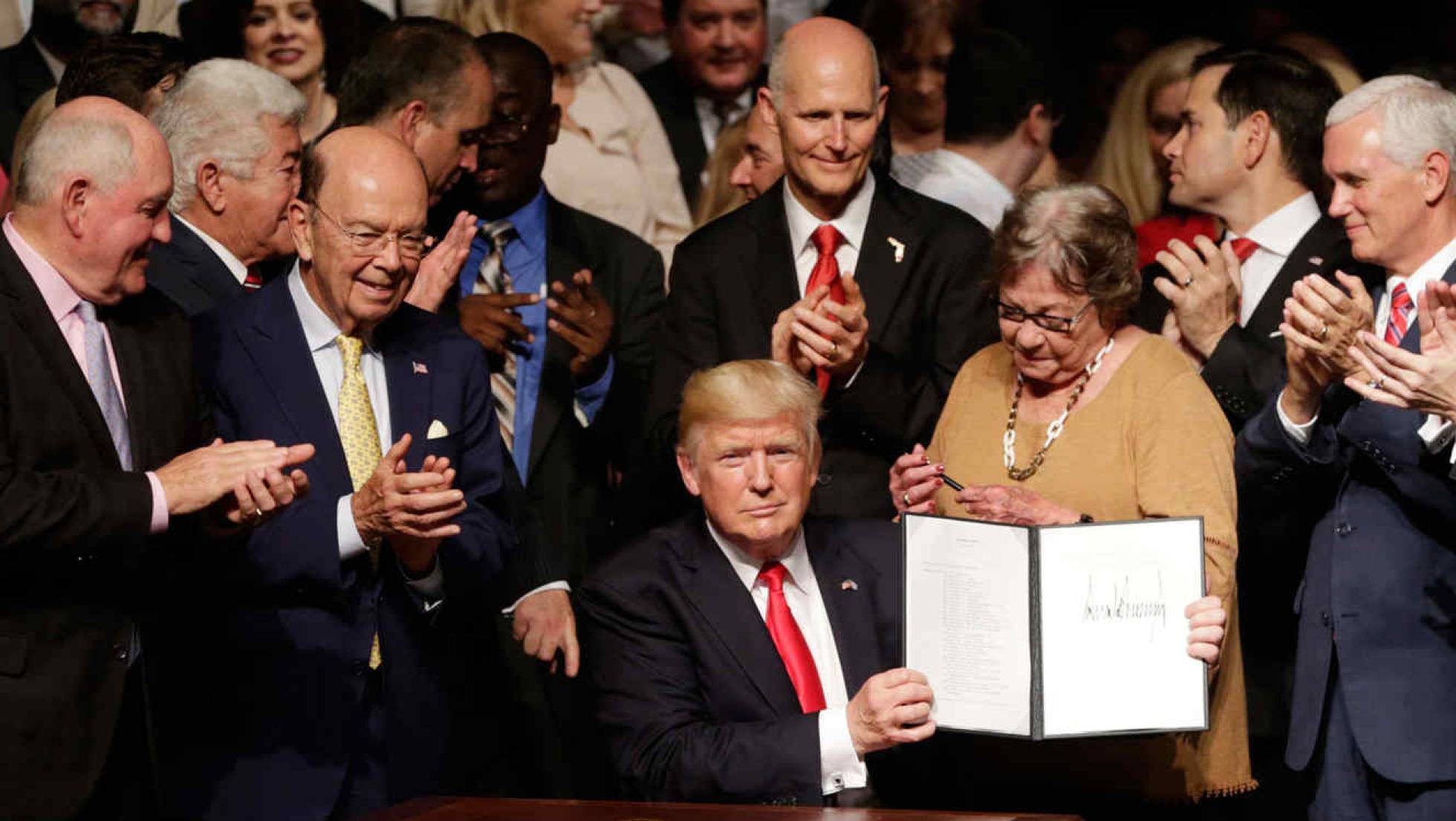 Trump has satisfied his anti-Castro supporters with his Cuba policy, though he hasn’t returned to Cold War-era relations. Now the future depends on the transition within Cuba itself.

It takes several generations to cross certain spaces. Such is the case of the 90 miles that separate Cuba from the United States. It’s a highly complicated area, and one in which the current White House has undone much of the progress made during the last third of Barack Obama’s administration.

Under the Donald Trump presidency, the thawing of relations has come to an end, trade relations have worsened, the military has been purged, and tourism has been hindered. The blow has been significant, but not definitive. Washington, despite its rhetoric, has kept its embassy in Havana and has made sure to restore the “wet foot, dry foot” policy that allowed Cubans to enter the United States without a visa.

The result has been the creation of a delicate balance: Trump has satisfied his anti-Castro supporters, though he hasn’t returned to Cold War-era relations. “For 50 years it was impossible to have a dialogue; now, though it’s very weak, the dialogue survives. We’re not in the pre-Obama situation, but rather a new normal has been established,” explains Gustavo Arnavat, of the Center for Strategic and International Studies.

“Trump has kept his promise and now he can leave it at that. The problem now comes from the unwillingness to rebuild,” says Michael Shifter, president of the Inter-American Dialogue think tank. It’s an obvious challenge. After 10 months in office, Trump has pruned relations with Cuba to the point that only a stunted trunk remains. Hardly anyone expects it to come to life again in the short term. That will take time, and above all, it is contingent upon there being no new crises sparked by uncertainties on the island.

The main threat to renewed development of relations comes from the strange acoustic attacks, the culprit of which still hasn’t been found.* The most developed hypothesis is that the attacks are part of an operation led by factions opposed to the opening-up of diplomatic relations, as Ben Rhodes, former presidential adviser and one of the architects of the thaw in Cuba-U.S. relations, explained to El País. In this way, faced with the approaching transition on the island, the factions would be carrying out a new wave of attacks, which would lead to American retaliation, and the regime would respond by hardening its stance. The delicate balance would be damaged and the radicals would win.

The second threat lies with North Korea. Cuban rhetoric in favor of Pyongyang is pure dynamite. Kim Jong Un’s tyrannical regime, determined to develop a threatening nuclear and ballistic weapons program, has become Washington’s No. 1 enemy. The pressure increases every day, and at any moment, the White House might take the fiery speeches coming from Havana as a hostile act and impose a punishment.

The final breaking point is the tension between reformists and those resistant to change. Raúl Castro has announced that he will step down next Feb. 24. One of the favorites to succeed him is the vice-president, Miguel Díaz-Canel. Born after the revolution, there was a time when he was considered a reformer. But this label was thrown into doubt after the Seventh Congress of the Cuban Communist Party in April 2016, during which Fidel Castro set the anti-reform movement in motion with Díaz-Canel’s support.

“The tension is there, and Trump’s rhetoric has given new strength to the hardcore sector. It’s necessary for the U.S. to make gestures that reduce tension and help the reformists in the transition,” historian Rafael Rojas says.

Trump, at the moment, is unwilling to toss any lifelines. In his June speech in Little Havana, he established the legalization of political parties as a necessary condition for the lifting of restrictions. Cuba is far from doing this, and the extremists in the regime are preparing to break bridges rather than build them. The distance between the two countries may grow again.