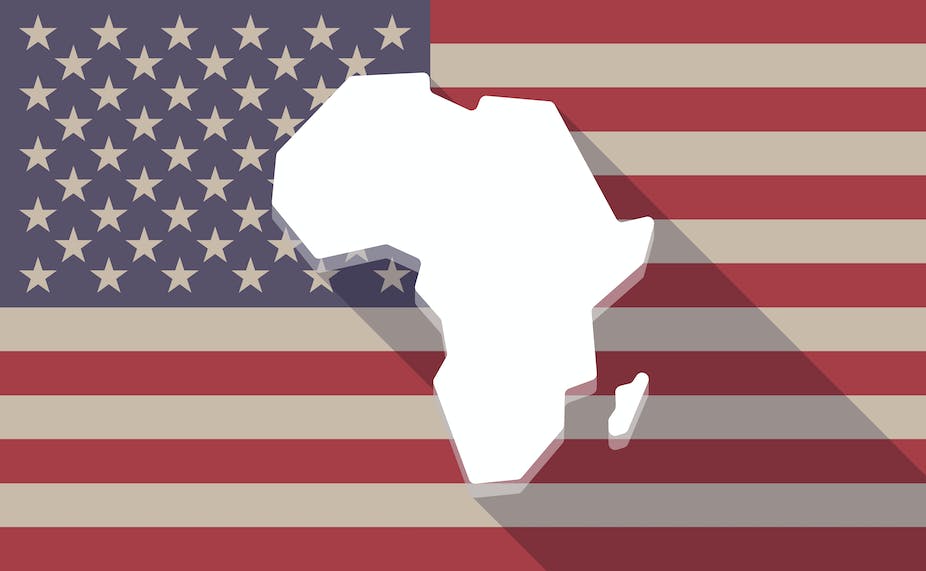 Studies show that the majority of Africans coming to the United States are better educated than the average American.

In the United States, “shithole gate” hasn’t stopped provoking outraged reactions. According to The Washington Post, “shithole,” which set off the controversy on Thursday, is the word Donald Trump used during a closed-door meeting with members of Congress in connection with immigrants coming to the United States from Africa, El Salvador and Haiti. It is a word referring to pit latrines, often translated into French in this context, by the expression “shitty country.” “Rat holes” would be equally adequate.

Fifty-four United Nations ambassadors from Africa condemned these remarks as “outrageous, racist and xenophobic.” The Office of the U.N. High Commissioner for Refugees also stepped up to the plate. Amid the whirlwind of condemnation, the U.S. president denied having used this word. He did concede to having used “hard” language.

Whatever the exact words used, and although the most virulent reactions came from African nations, one thing is certain: Trump, already on the hook for racist talk, seems to misunderstand the profile of African immigrants. Because studies show most of those living in the United States today have attained a higher level of education than the average American.

Between 2010 and 2015, the number of sub-Saharan African immigrants (from 49 countries) coming to the United States increased from 881,000 to 2.1 million, according to the Pew Research Center. They represent about 4.5 percent of the total number of immigrants and, as The Los Angeles Times reports, they primarily come from five countries: Nigeria, Ghana, Kenya, Ethiopia and South Africa. Nearly a quarter are refugees fleeing persecution and armed conflict.

But 17 percent of black Africans who have become permanent residents came via the diversity visa program, the lottery system set up in 1990 allowing nearly 50,000 participants each year to obtain coveted green cards (a permanent residence permit). That’s an estimate from a report published in May 2017 by the Migration Policy Institute in Washington. This figure represents only 5 percent of all those immigrating to the United States. Not just anyone can participate in this lottery: You must have at least the equivalent of a high school diploma or have two years of work experience in particular fields.

Above all, according to the same report, 41 percent of the 1.4 million African immigrants over 25 years old have a bachelor’s degree. The number drops to 30 percent if you take all immigrants into account. Only 32 percent of citizens born in the United States fall into this category. Another study, published by The New American Economy, corroborates these facts, and concludes, with statistics to support the finding, that the contribution of African immigrants to the U.S. economy is obvious.

The meeting in which Trump made these controversial statements was about the Deferred Action for Child Arrivals program, which has allowed nearly 700,000 minors brought to the U.S. illegally to be naturalized. The president ended the program in September while giving Congress until March to find a solution for these minors. The program’s repeal was recently suspended by a federal judge in California. Trump is seeking a compromise in which Congress would finance his plans for a wall between the U.S. and Mexico, which is far from certain. But he also wants to end the annual green card lottery and begin a strict immigration policy based on merit. It was in this context that he spoke the much-contested phrase: “Why are we having all these people from shithole countries come here?”

According to anonymous sources cited by The Washington Post, the president was primarily referring to African countries, Haiti and El Salvador. On Sunday, he tweeted once again, positioning himself in favor of a merit system: “I, as President, want people coming into our Country who are going to help us become strong and great again, people coming in through a system based on MERIT. No more lotteries! #AMERICA FIRST.”

Mia Love, a Republican representative from Utah of Haitian origin, felt very humiliated by her president’s statements, stating that she couldn’t “defend the indefensible.” Bernard Lagat, a former world champion athlete who became a U.S. citizen in 2004, also spoke up on Twitter: “I’m a proud son of the shining continent called Africa. My heritage is deeply rooted in my Kenyan roots. Africa is NO #shithole, mr. trump.”

And let’s not forget South African comedian, Trevor Noah, who has a flourishing career in the United States. “As someone from ‘South Shithole,’ I’m offended,” he stated on his “Daily Show,” with his usual wry humor. On a drier note, his country of origin decided this Monday to signal its objection to the U.S. Ambassador in Johannesburg.