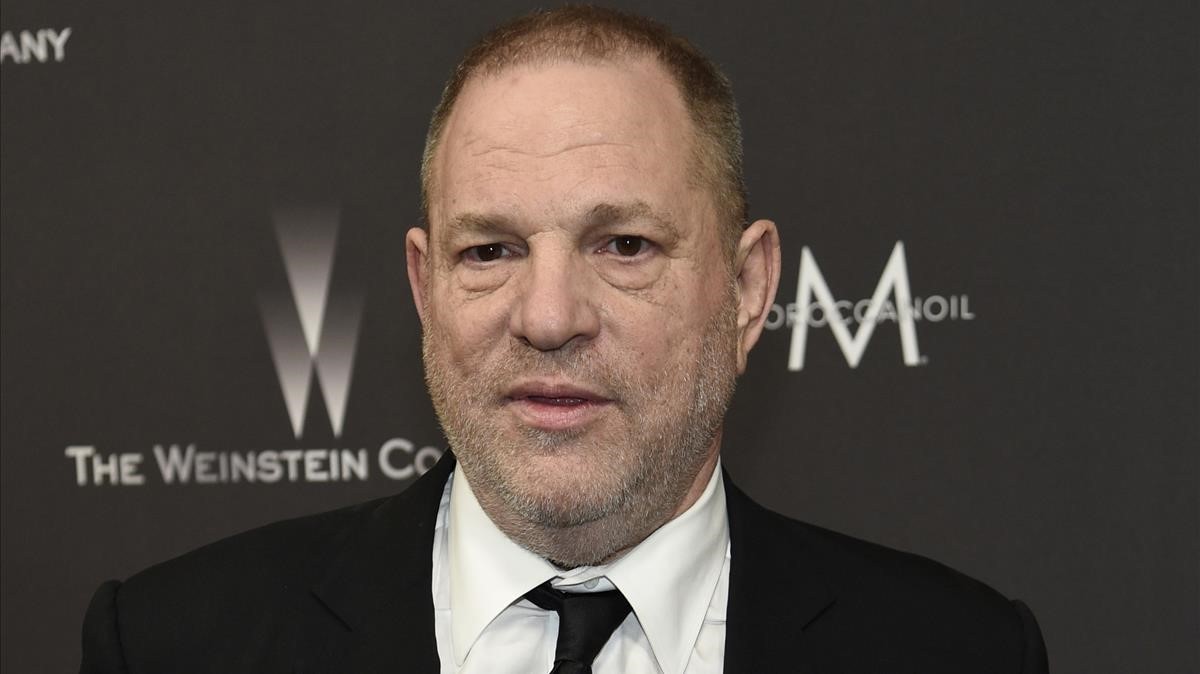 Some may find the brilliant idea of placing a golden statue of a man in pajamas and a dressing gown representing the disgraced Harvey Weinstein 500 meters (approximately 1,640 feet) from the Dolby Theater, where the Oscar ceremony is celebrated, to be great. Surely all of the Hollywood figures — some of them, no doubt, will have done worse things than the famous handsy head of the Weinstein Company — applaud the initiative of the artists Plastic Jesus, a kind of Banksy who specializes in urban interventions related to the world of cinema, and Joshua Ginger Monroe, a conceptual artist dedicated to installations. Both artists on this occasion have replaced their usual nemesis, Donald Trump, with the lustful producer, and these people recognize a good scapegoat when they see it. Joining the general lynching of somebody else is a good way to go unnoticed and not be looked at.

Personally, this entire matter brings me back to the popular Spanish saying, “a moro muerto, gran lanzada” (to kick someone when he is down). When Harvey had something to say, or really quite a lot to say, in Hollywood, no one dared mumble about his deplorable sexual habits. Now that he is a pariah, anyone can beat him up, and in addition, look like a progressive model citizen. The art piece, located at Hollywood Boulevard and La Brea Avenue, allows the wayfarer to sit down on Weinstein’s couch, and maybe insult or hit him for a few coins, like in Forges cartoons, and wanting to do justice, they get to savage a guy who has made a right mess of things, something that does not seem to me an example of Christian charity.

To make things worse, the statue is not faithful to the original subject. We all know that the one person who spent his entire life dressed in pajamas and a dressing gown was Hugh Hefner, the creator of Playboy magazine, an erotomaniac gentleman who had nothing to do with the filthy Weinstein. Harvey was one of these men who wore a bathrobe nude, conveniently opened to expose an erection. That would have been a proper representation of this individual, but then a self-righteous Hollywood would not have approved the art piece by Plastic Jesus and his compadre. I would propose to them that they use my idea of making another status of someone with the countenance of Weinstein like Dominique Strauss-Kahn, and foist it on the International Monetary Fund, which could install it in a prominent place at its headquarters.