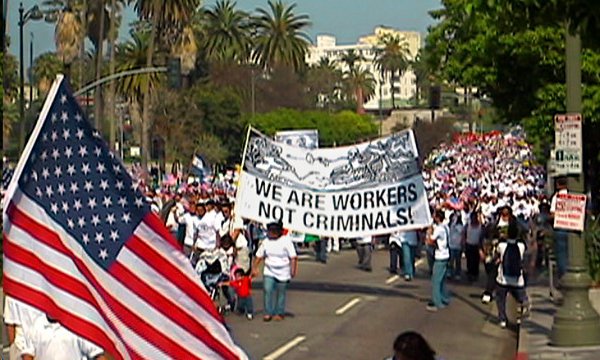 The U.S. president’s campaign slogan was “Make America Great Again,” a phrase that continues to be used by Donald Trump today. The phrase could be understood in a number of ways, one of them being that it implicitly suggests the United States currently isn’t as great now as it has been historically, so it must work to bring back that greatness.

What President Trump fails to realize is that the values he is rejecting are precisely the pillars upon which the American nation was founded and magnified as a bastion of contemporary democracy.

The United States was founded as a land of freedom where children of immigrants found refuge after fleeing centuries of barbarism and abuses of power across Europe. You can’t talk about the greatness of the United States without considering the extraordinary contribution of thousands of immigrants from across the globe, who, in the land of Lincoln, found the chance to fulfill their most profound dreams and aspirations. Not much has changed in the present day. Immigrants are working flat-out in fields. They are legislating in state senates. They are producing world-class cinema. They are in the arts, culture, science, sports and, let’s say it, they are painfully leaving our countries in endless processions, braving the dangers of expeditions through red-hot deserts.

The past and present situations are not so different. Some centuries ago, European immigrants arrived in the United States, breaking free from the chains of oppressive states. Today, Latin American immigrants flee from corrupt countries where violence smothers the chance of a better future at every opportunity. Immigration is a human right, so while the United States still reserves the right to establish its own immigration policies, it must respect the fundamental rights of each and every person who arrives at its borders. Only then will “Make America Great Again” become 21st century reality.