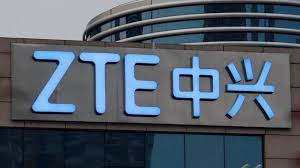 The U.S. government’s announcement that it will ban American firms from selling parts and software to ZTE Corporation* will obviously cause huge losses for ZTE, but unfortunately, the rhythm of globalization will mean that Americans will not win here. Instead, the U.S. will suffer related losses. The American stock market has already provided a quick assessment of this decision, and the worldwide media have also figured out that the cost to America will not be minimal.

Qualcomm is ZTE’s largest supplier, and according to a Reuters analysis, Qualcomm will be threatened three ways because of the ZTE ban: Qualcomm will lose an important client; it will be replaced by a competitor; and it will be affected by Chinese retaliation toward America.

Other media outlets have estimated that if the seven-year ban is completely implemented, just the three American suppliers alone, Qualcomm, Acacia and Oclaro, Inc., would lose $6.8 billion in sales, and 32,000 employees will be affected. This pessimistic outlook caused Acacia’s stock to drop 36 percent on Monday and affected Intel and Microsoft business as well.

China is the No. 1 market for the American microchip, and the enormous Chinese market has provided American semiconductor technology companies with enormous income as well as the endless funds to sustain research and development. Losing the Chinese market could prove to be the turning point for these American companies, forcing a downturn and creating a very real risk that they will be overtaken by competitors.

America will also suffer a loss in that there will be severe doubts about its operating environment. If a company with 80,000 employees can become controversial because it does not reduce the bonuses of a few dozen employees, and the American government interferes by forcing it to cancel its contact with American companies, such an operating environment still be trustworthy? Can America bully whomever it wants? Working with American companies is not simply business anymore. Companies have to get the political correctness stamp of approval from the U.S. government.

Some Westerners have complained that there is risk in doing business in China. However, have any Western companies been banned in China like ZTE has been banned in America? Has any multinational company ever been attacked like this? The ZTE incident should be called the “35 people bonus incident,” if this was really the trigger for the breakdown in China-U.S. collaboration and globalization. It would be quite a tale.**

China will retaliate and that will accelerate the loss to American companies, focusing on where China holds the advantage. Washington shouldn’t even think about whether China will tolerate any deliberate harm of Chinese business interests by America.

The mutual attacks by China and the U.S. will lead to a disorganized trade relationship. The investment in China by American companies is far larger than Chinese business investment in the U.S., and it would be hard to avoid the fallout. Americans will suffer greater loss than the Chinese.

Most importantly, the Chinese will no longer believe that American companies are reliable partners in high-tech collaboration. The “35 People Bonus Incident” is acting as a powerful trigger for the entire country of China, which is determined to develop its own semiconductor business, and to reach the goal of replacing America in making all key electronic parts.

The high-tech business war between China and the U.S. will make things hard for China in the short run, but it will be unlucky for America in the long run, because China does have the research and development power. China was slower in developing microchip research and development before, primarily because it was easy to buy cheap American microchips, which reduced China’s own drive in developing them domestically. The microchip and its operating system is not impossible to decipher, it just needs a huge market, and the Chinese market, which imports $200 billion in American microchips annually, is certainly enough support.

Washington cannot control the outcome of banning ZTE. The China-U.S. economy is a Siamese twin, so any fracture would mean pain for both sides. Washington views this ban as a one-sided punishment for Chinese high-tech companies, which is a naive idea, and this naivete will lead to more and more American companies and businesses footing the bill.

**Editor’s note: ZTE pleaded guilty last year to conspiring to violate U.S. sanctions by allegedly shipping U.S. goods to Iran. As part of the plea agreement, ZTE promised to dismiss four senior employees and discipline 35 others by either reducing their bonuses or reprimanding them. The Chinese company admitted in March that it had not disciplined or reduced bonuses to the 35 employees.