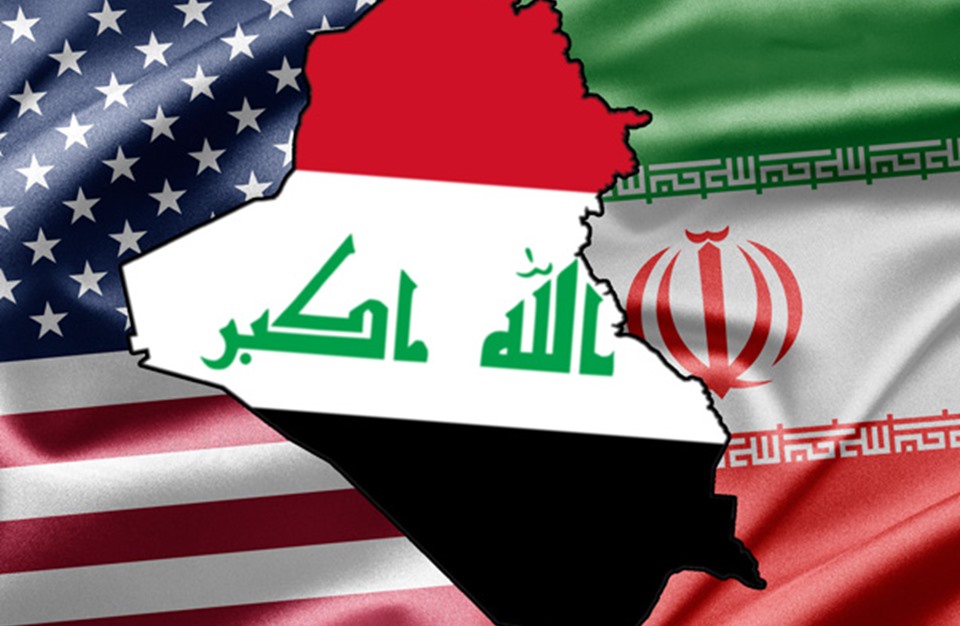 In my first article, I discussed the U.S. administration and its positions on important issues. In this second article, I will discuss and examine how President Donald Trump’s approach affects our troubled region and, in particular, my country, Iraq. One cannot look at the Iranian nuclear deal without the conviction that the United States and its five partners believed the deal had fringe benefits, and that with time, the pact would lead to a healing process and to a normalization of relations, which could even have meant rapprochement with Iran.

The agreement was reached despite geopolitical tension and the cold war between Iran, the United States and Saudi Arabia, the biggest U.S. ally in the region, which turned up the heat in Yemen, Syria, Bahrain, Lebanon and Iraq. The United States also believed that Iran would diminish the focus on its program to develop and test ballistic missiles after the pact was signed. However, the Trump administration has concluded that since the deal did not achieve the desired benefits, it was not necessary to remain committed to it, especially given Trump’s campaign promise to withdraw from the deal. Thus, the Trump administration began its new approach and set off down the path of more severe containment for Iran, punishing the country and its people, seeking to paralyze its economy and signaling U.S. preparedness to confront Tehran in all corners of the Middle East. This is the bottom line as far as Iraq is concerned.

Does this have anything to do with Iraq? Of course! For many reasons, Iraq is considered a principal economic partner of Iran. Different types of business deals across numerous sectors are transacted daily through the many large border crossings with Iran. However, the United States is the only country that has signed a strategic framework agreement with Iraq covering many vital sectors. Iraq will continue to need U.S. support in different areas such as infrastructure projects in addition to important issues of security and the development of Iraq’s military capabilities. Even following the military defeat of the Islamic State, the group is still dangerous as an ideology and a security threat.

One cannot say for certain how Iran will react to these fierce American measures. Will Iran fold under the pressure and bow down if there is a strong front unified against it? Or will Iran seek to limit the U.S. presence in countries like Iraq?

Will this cold war between the U.S. and Iran heat up into an actual war? Here we must point out that finding domestic support for this will be difficult, given that Trump has already blamed his predecessor for spending American taxpayer money on unwinnable and unsustainable wars.

I do not yet know exactly what the U.S. goal is. Is it regime change in Tehran? Or is it merely the containment of Iran’s geopolitical interventions, weapons proliferation and threats to Israel?

Likewise, what are the possible negative effects on Iraq’s national security, development and economy? Both Iran and the U.S. are very important to us. Both are partners in addressing the principal challenges we face. Yet at the same time, we do not know exactly what the U.S. goals are. We must not be a victim of contradictions and risks that others might be willing to take.

On the surface, the American plan is to get out of Syria and enter into a conflict with Iran beginning with a containment policy. Will Iraq comply with these American wishes in order to not make ourselves an enemy of the United States? I don’t think it will, especially if the benefits are limited, not to mention that it would also hurt Iraq. These rapid changes in the U.S. approach do not inspire any confidence in us. This major new American variable makes us think that we should not be part of any regional bet by either America or Iran, because that bet would happen outside our country rather than in our very heartland. Where is the logic in that?

This is especially true given that the domestic consequences of such a wager would have a negative influence on Iraq’s stability and development. Iraq has just held a new general election that could lead to new leadership or which might renew the leadership of the current prime minister Haider al-Abadi. As for what this means for the relationship between the U.S. and Iraq, over the past few years, American officials and relevant experts realized that they were cautiously optimistic about Iraq. As far as they are concerned, there is a conviction that regardless of who the next Iraqi prime minister is, it is unlikely that the U.S. would put Iran’s interests above Iraq’s.

The U.S. priority in Iraq will remain the partnership in combating terrorism and the fight against the Islamic State group. But will that take precedence over the severe focus on containing Iran? Some recent developments in America may test the application of this new approach. We must look at the U.S. administration as it is now, and not as it was last year or when Trump first assumed power.

Both as a government and as a society, Iraqis need to see the United States as different from what it was before. The new reality is that U.S. self-interest is the sole driver in its foreign policy. Morality, democracy and high American virtues are not key motivators right now. Until we have a complete picture of this new perspective, Iraqis must be cautious in how they deal with acute regional challenges like Syria and the nuclear issue. We must not put ourselves in such a position that our regional policies force us to choose between our neighbors and our international partner as they compete in another place. If this happens, it could backfire and damage our security and development.

Balancing these relationships and knowing the ‘red, green and yellow lines’ for each party is very important. We, as Iraqis, must clarify and announce our own red lines. We must ask ourselves what would happen if the United States were to start treating Iraq as another hot zone in its broad, regional anti-Iran campaign. Generally, the U.S. and Iraq are still participating in a big joint campaign in the war against Islamic State group terrorism. We must not deviate from this course just because of the American campaign against Iran since this joint action against the Islamic State group has not yet been completed. Together, Iraqis might agree on the fear that Iraq will become a field on which to settle U.S.-Iranian scores. But the question is still how Iraq will react, both as a government and as a people, especially given the ongoing, strong political influence exerted by both the United States and our neighbor, Iran. Should we be afraid of this power struggle having a negative influence on the formation of the next Iraqi government? Should we fear that some Iraqi political factions would make concessions at the country’s expense in order to advance the interests of parties or narrow blocs? As far as the U.S.-Iraq relationship goes, Iraq’s security and stability should remain vital matters for both national and regional security purposes. For Iraq and the region, the United States must think about the intended and unintended consequences of its severe sanctions against Iran, especially given Iraq’s recent recovery from Islamic State group occupation and its expulsion from the country. Likewise, Iran must see that Iraq’s security is an integral part of its own security. The U.S. and Iran must be cautious to not allow their enemies to pour into Iraq.

On the Iraqi side, we need a detailed analytical study of the goals and expected outcomes of the American sanctions against Iran. We need to know their influence on Iraqi politics and its economy so that Iraq will not be in America’s line of fire in this siege operation. The Iraqi government needs to undertake an evaluation of the principal risks from these sanctions in order to lessen their negative effects on Iraq. If we wait and do this in the middle of the game as Iraq is trying to do, it will be much harder.

Finally, I will say that dialogue between the U.S. and Iran is the ideal solution, although perhaps that will not happen for a while. With congressional midterm elections coming up at the end of this year, the U.S. administration will soon be at a crossroads. The administration may find more room to move and maneuver if it finds assured domestic support for its stringent foreign policy. Or, it may find that its movement is constrained and limited, leaving it with fewer choices. We will have to wait and see, and strive to protect Iraq and its people.

Lukman Abdul Rahim al-Faily served as the Iraqi ambassador to the United States from May 2013 until June 2016.

*Editor’s note: This is the second of a two-part series.