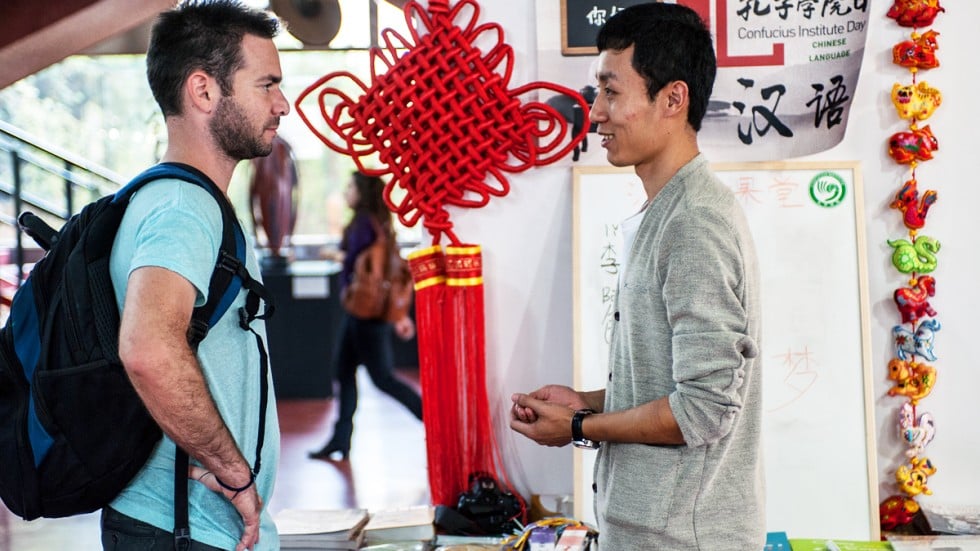 The renowned Washington-based think tank Hudson Institute recently published a report entitled, “The Chinese Communist Party’s Foreign Interference Operations: How the U.S. and Other Democracies Should Respond.” The report attacked the CCP’s united front work and accused it of interfering in American elections and electoral funding, disrupting academic freedom, cultivating American elites willing to work with China and making the Chinese diaspora serve the CCP’s goals.

Hudson Institute’s Center for Chinese Strategy Director, Michael Pillsbury, said this report raised the key concept of “Western enablers”* of the CCP, whom he said not only say good things about China but could also help China understand the debates that Beijing wants to influence.

It seems that the U.S. is starting to hype the presence of “fifth columns loyal to China.” What’s different is that this topic was not started by some active commentator on the internet, but a scholar like Pillsbury and an influential think tank in the U.S. like the Hudson Institute.

The warnings about China illustrated by the report are nothing new in the West, but its description of “Chinese interference” this time is more exaggerated and systematic, creating an even more eye-catching concept. It has allowed us to further learn how once some Western elites are prejudiced by preconceived notions, plus ideological passion and a selfish desire to draw attention, they can seem to be extremely obsessed with them.

It is believed that the vast majority of Chinese will be very much surprised after hearing about reports like this from the Hudson Institute and feel that the China described in the report is absolutely nothing like the one they know.

Will China now begin to influence or even change American thought and politics? Is China about to export its ideology and plant red flags all over the world? Perhaps the Chinese State Security did indeed, as reported by the U.S. media, “annihilate” the entire American spy network in China a few years ago, resulting in a total lack of knowledge by the Americans of what exactly the CCP and the Chinese government are thinking.

All Chinese know that China’s foreign policy is still focused on “preventing infiltration” and not “infiltrating the West.” The infiltration of Western values into Chinese society has always been aggressive and honestly, most Chinese do not think that we have the soft power to carry out a “counter-reformation” against Western values, nor do we have the need to spend money and set up some phony “ideological base” in the West.

China is indeed trying to influence some Westerners. However, the sole purpose is to boost friendly relations between Western society and China and reduce misunderstandings about China in Western public opinion. Is this not an honest thing in international relations? Is there a single country’s foreign policy that does not include this as part of their mission, or is there a single country whose diplomatic budget does not include this expense?

The Confucius Institutes that China opened in Western countries are modeled on Germany’s Goethe Institutes and Spain’s Instituto Cervantes. China has sponsored the research of some American scholars. How many research projects in China have been funded by American foundations in the past few years? Even if some Chinese feel that such financial aid should be regulated, has Chinese public opinion publicly condemned them?

According to the logic of some Americans, the Chinese should condemn the American establishment of Tsinghua University using the Boxer Indemnity.** Also, most China-U.S. cultural exchanges should be banned, Hollywood films should be forbidden to be screened in China and Starbucks should be categorized as a covert transmitter of American culture and values.

There has never been any advocacy within the Chinese government to “spread the Chinese model” to other countries in the world, as the conservation of cultural and political diversity is one of China’s real diplomatic principles. Whereas the U.S. secretary of state, Mike Pompeo, talked of spreading Western political systems in Africa just a few days ago. It is absurd that the U.S. has allowed both Pompeo’s declaration and the condemnation of “Western enablers of Communists” to become “mainstream voices” in that country, and at the same time not find them contradictory at all.

It has now reached a point where it is impossible to debate with some of the American elite. They are self-conceited, arrogant, and impulsive, and seize political leadership. Their concept of the primacy of American interests is just as bad as President Donald Trump’s. They have resorted to more and more name-calling in their descriptions of China, forming outrageous conflicts with common sense.

*Editor’s note: This quotation of Michael Pillsbury, although accurately translated, could not be verified. The Hudson Institute report does refer to “Western enablers,” but the report’s author is Jonas Parello-Plesner.

**Editor’s note: Using excess monies paid by China to the U.S. following the Boxer Rebellion, the U.S. government funded a scholarship program for Chinese students to study in the U.S. This included the establishment of a preparatory school in Beijing that later became Tsinghua University.