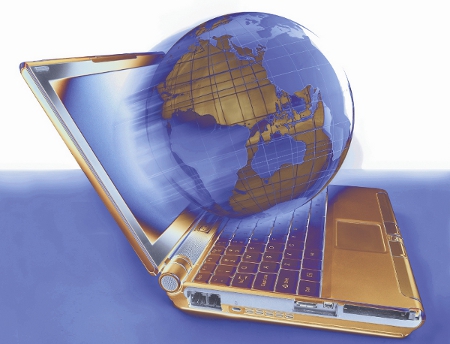 Rarely have we amassed, in a matter of months, so many signs of disruption. While our world is at a new turning point (geopolitically) 10 years after the great recession, the absolute faith that certain believers have in the transformative power of tech, directly tied to the dominant way of thinking in Silicon Valley, could be the source of big disappointment.

Evgeny Morozov, an American researcher from Belarus, turned this ironic formula into an anthology about our era’s loss of meaning: “To Save Everything, Click Here.” His worldwide bestseller denounces “the error of technological solutionism,” Silicon Valley’s dominant way of thinking that would have us believe that, for each of our problems, there is – like the advertisement says – “an app for that.” The book, which is sort of anti-Yuval Harari, the author of “Sapiens, A Brief History of Humankind” and of “Homo Deus, A Brief History of Tomorrow,” denounces absolute faith in the transformative power of tech.

The metamorphosis of the current world is admittedly not just digital. The digital economy in itself doesn’t account for much in the global gross domestic product: 5 percent in France, 6 percent in the United States. The “traditional” economy is still very dominant, but it is crisscrossed by the technological revolution, in which the largest wave is yet to come. The new champions of this world are American, symbolized by the acronym GAFAM (Google, Apple, Facebook, Amazon, Microsoft, and many others), and their Chinese equivalents, the famous BATX (Baidu, Alibaba, Tencent, Xiaomi). Europe is dominated, colonized and totally absent from this new form of globalization. If we don’t respond, we are condemned to becoming mere smug consumers who will enrich competitor countries with increasingly more powerful multinational companies.

Economy of Superstars and Signs of Rupture

This economy of superstars, of firsts in line, is being established at the very moment when the world is experiencing a period of tension, if not extreme danger. Rarely have we amassed, in a matter of months, so many signs of disruption. With a tweet, Donald Trump, the American president, blows apart any semblance of a joint statement used to conclude the Group of Seven leading industrial nations summit, just before heading to a one-on-one negotiation with the North Korean dictator, supposedly about a denuclearization agreement. The American president, who continues to hasten the destruction of multilateralism, is multiplying the number aggressive protectionist measures he takes, and drawing countermeasures from all of his allies: Canada, Europe and China. The living embodiment of how stupid these decisions are is Harley Davidson, which relocated outside the United States to escape the European sanctions. That’s what we call shooting yourself in the foot. As we well know, trade wars only cause loss and generally end badly.

10 Years After the Financial Crisis, a New Turning Point: Geopolitical

In Europe, it’s the immigration crisis that exacerbates political tensions: It’s destabilizing Angela Merkel’s Germany, and in turn, Italy, a founding country of the European Union, with populism. Europe, which has until now survived agricultural and financial crises, finds itself powerless and mortal.

The global order that we’ve known since the end of World War II, is shaken, challenged to its core by the very ones who should be responsible for it. If we add to that the widespread disputes about democracy by authoritarian regimes, some of which qualify as “illiberal,” the threat of terrorism that persists, and climate change, whose consequences we are only just beginning to measure, it is time to face reality. Ten years after the 2008 financial crisis, which we only survived because the central banks injected hundreds of billions of dollars to save the banks, we are about to experience a turning point in 2018, a geopolitical one; without a doubt the end of the world that we have known. And at the dawn of the 2020s, we are going to enter another paradigm: a new world that’s more volatile, uncertain, complex and ambiguous than what the Pentagon anticipated when the U.S. Army invented that concept in its vision of the future.

Must We Prepare Ourselves for a “Return of Tragedy in History”?

Certain people, like former Secretary of State Madeleine Albright, view the coming 2020s through the lens of the 1930s:”There is a fascist seduction in the United States and in Europe,” we are going to enter, she warns in her latest book.

Without a doubt, we have to shudder in view of that comparison, but we should hesitate to use it willy-nilly. “We aren’t about to experience peaceful times,” acknowledged Emmanuel Macron in his speech during the Organization for Economic Cooperation and Development ministerial session at the end of May.

Must we prepare ourselves, as the president has often said, for the “return of tragedy in history”? After 60 years of peace, Europe is at a crossroads, and can only count on itself, and on its own powers to save itself. Finally, it is perhaps a unique opportunity to take each other by the hand and cooperate better among ourselves, we who spend our lives teaching the rest of the world about multilateralism. It is, in any case, the end of “the end of history” as described by Francis Fukuyama, who, in seeing the fall of the USSR, saw the final victory of democracy and the market economy.

To save everything, click here? The app that would allow the reinvention of multilateral solutions for a world in disarray has not yet been invented. We hope there will be an awakening at the meeting of leading rich and developing nations in Buenos Aires at the end of the year.