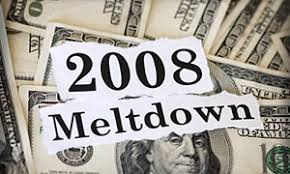 I saw the following analogy while reading the memoirs of Ben Bernanke, the chairman of the Federal Reserve who played a huge role in helping the nation overcome the Great Recession 10 years ago.

There was a fire in a house in a town where the majority of houses were in close proximity to one another. Most people weren’t surprised at the outbreak of fire but claimed it was long overdue, the reason being that the owner of the house had a habit of smoking cigarettes in bed every day. While his neighbors would go outside to smoke, the man would smoke inside, lying on his bed and watching TV. People tried to tell him repeatedly that the cinder would light a huge fire if it were to fall onto his bed sheets, but the man ignored them and continued his bad habits.

Bernanke asked a question. In this situation, should the villagers ignore the fire and not help this man to teach him a lesson? If they do, the fire would be difficult to put out, and the man would be forced to learn his lesson the hard way, as he would suffer great damage to his property. But the problem is that the houses of this town are built in such close proximity that if the fire in one house were not put out quickly, it would move to the next, burning the whole village to ashes. Bernanke claims that it is hard to justify burning the whole village to teach one man a lesson.

In such a case, it may be argued that while it’s difficult to question financial institutions and large corporations in times of crisis, it is possible to regulate them in their usual daily practice. And it’s true. But the reality is that this would be hard to do.

There is a story about a businessman named Dave who wanted to build a bank under his name in Burnley, a small town in England. Unlike the U.S., the U.K. government thoroughly monitors financial institutions, which provides both an advantage and a disadvantage over the U.S.: Crises happen less frequently, but financial institutions tightly tied to regulations are ineffective. Dave tried to build his own bank to oppose the U.K. system that provides poor service at the expense of high loan interests, but realized that building a new bank is almost impossible due to government regulations. He did not give up, and struggled for years until he finally made it come true. What Dave envied the most during this time was the U.S. policy of free banking.

People are often split between practicality and justification. But remember, the discipline of economics is rooted in practicality.