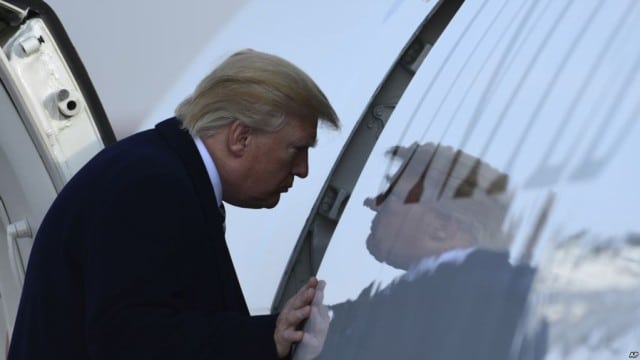 As disapproval rumbled over his post-mortem feud with McCain, Woodward’s book spawned the idea that Donald Trump might be manipulable and unsure of himself.

The back-to-school season has been difficult for the U.S. president, who is facing an unprecedented decline in popularity. After a monumental error that shook up even his most faithful supporters, Trump’s personality and so-called calamitous management of affairs were immediately attacked. And this time, contrary to what we’ve observed in the past two years, the blows seem to be carrying some weight.

Trump Did Not Pay Tribute to John McCain

Republicans have had a hard time accepting Donald Trump’s inability to stop his attacks on John McCain, even in light of his recent death. In the country of Uncle Sam, respect for the dead is paramount. This time, Trump’s transgressions went too far, and it was violent for some. His popularity swiftly dropped six points in one week and hasn’t recovered since.

His opponents’ attacks, notably those in Bob Woodward’s book and in the anonymous column published by The New York Times, have thus had a particular resonance: questions are now focused on the personality of the White House occupant, sowing new, deeper and even insidious doubts in voters’ minds, just as crucial elections are coming up in about 50 days.

Bob Woodward’s book is different from the others (which are more numerous than we think) that have been published to date in order to knock the “ignoble president.” Of course, Woodward has a solid reputation, having been one of the two journalists who set off the Watergate revelations, but more importantly, he has never been labeled “anti-Trump.” It’s even recalled that he was rather close to George W. Bush and very aggressive with Barack Obama, such that Republicans did not expect him to drop such a heavy load in this book. In fact, it was said that he got along fairly well with the 45th president of the United States.

Nor was it expected that this book’s publication would actually help shake up this presidency. The book shed light on what was vaguely present in everyone’s mind, a side of Trump that he tries to hide as much as possible: his weaknesses. Trump has always presented himself as a man capable of overturning mountains, of always succeeding on all fronts, whatever the difficulties. Until now, he has not seemed to know fear, he has never apologized, and he has jumped into every fight as if it were a wrestling match, a sport that, in other contexts, he appreciates to the highest degree.

But as disapproval rumbled over his post-mortem feud with McCain, Woodward’s book spawned the idea that Trump might be manipulable and unsure of himself, with an ego that envelops him to the point where he misleads his team and cannot understand the world around him.

This criticism is not new, and such a judgment would surely not have shaken a single one of his constituents if the book had been published in any other context. Until now, nothing has seemed able to shake Trump since the first day he began his campaign for the presidency. “I could stand in the middle of 5th Avenue and shoot somebody and I wouldn’t lose voters,” he once told a surprised reporter. The same phenomenon occurred with Ronald Reagan.

But now, at summer’s end, there is doubt. The discomfort felt at his refusal to honor an American hero has shaken those who consider patriotism to be above politics. There are many who think this way in the United States. Bob Woodward’s accusations, bolstered by many anecdotes, have astonished the country.

From anecdotes to demonstrations, Woodward’s book describes a climate instead of a man. It’s easy to understand that his chosen title, “Fear,” inspired by a statement from Trump in March 2016, is the best word he could have chosen to illustrate America today. The president explained that in order to govern effectively, it was necessary to know how to arouse fear.

This fear has spread throughout America: among minorities, whose cries of protest have died out since this president’s election on Nov. 8, 2016, and who are perhaps waiting for the next presidency despite the fact their now silent anger has rarely been so strong. It is also found among those who feel that their rights and values have been attacked, those who have embarked on a resistance movement, whose coordinated action may harm their business success, but which also shows their distress and anxiety. More than 6,000 resistance groups, known as “Indivisible,” exist today in the United States, and their sole purpose is to defeat the president by any means.

Fear is also what Trump uses to try to hold onto his power. He has promised chaos if his party doesn’t prevail in the midterm elections, but also unemployment, an economic crisis, an unprecedented “end of civilization,” and even the end of America itself, with the opening of borders, mass regulations, the return of Obama’s health care law and tax increases.

But it is not certain that this fear can rally the troops to vote in favor of pro-Trump candidates. Another fear, that of the president himself, could in fact motivate Democratic voters. During the primaries that just took place throughout the country between March and early September, there have never been as many voters who went to the polls for what were primarily local elections! In some districts, turnout was almost as great as for a presidential election!

The Fortress of Power

Trump facilitated his opponents’ task by cultivating a campaign atmosphere designed not to let the passions of 2016 fall by the wayside and to keep the support of his troops intact. This strategy has undoubtedly worked perfectly well in the context of the frank division between Democrats and Republicans, who today seem like perfect antagonists.

In doing this, however, he may have overlooked the fact that most of these same supporters live a life that is often distanced from politics. The importance of their role in this battle eventually escapes them, and the ranks begin to loosen around Trump. This does not mean that his supporters like him any less, as can be seen from the results of popularity polls, which still remain above 40 percent.

But now that the economic results are in, now that Trump say he has fulfilled most of his promises, isn’t it time for supporters to relax and to look after themselves? Yet Trump will fight to the end and then start all over again. The trade war he is declaring on China illustrates this.

Meanwhile, those who are convinced by Woodward’s book are already assaulting this fortress and seeking to change two or three little things about their country.

*Editor’s note: “Tu quoque,”Latin for “you also,” is used as an appeal to hypocrisy and means roughly that one avoided having to engage with criticism by turning it back on the accuser; i.e., one answered criticism with criticism.