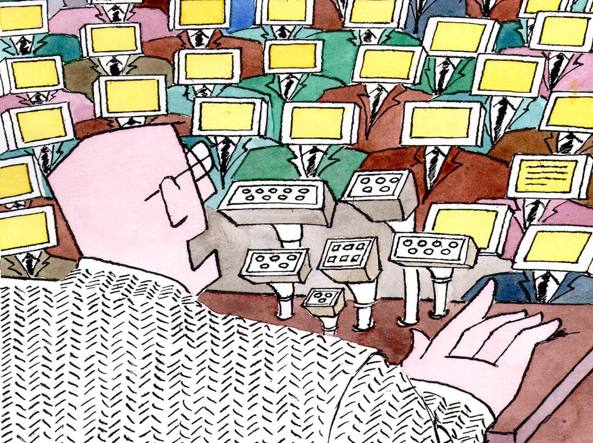 Gavin Newsom, California’s governor, is proposing a law that would mandate the distribution of a kind of dividend as compensation for online users who hand over their personal data, the processing of which is key to the wealth produced by the Silicon Valley’s giants.

The digital dividend: A new addition to the array of instruments meant to resist the increasing inequality tied to the rapid development of information technology, finance and the impact of globalization. As was the case with the web tax or the Tobin tax, translating the digital dividend catchphrase into effective measures may prove to be difficult. Or, it could truly create a new path to ensuring that the profits of the digital revolution are not reaped exclusively by a few giant Silicon Valley firms—starting with Facebook, which earned a $22 billion profit from $55 billion in revenue, and Google-Alphabet, which made $30 billion last year.

Part of these profits could be given to users, who would receive a kind of dividend as compensation for handing over their personal data, the processing of which is key to the wealth produced by these companies. This idea has been floating around as a theory for some time. However, it is only now being put to paper by a politician, Gavin Newsom, California’s new governor. In his first official address a few weeks after taking office, he announced that he had asked his team to draft a proposal for a data dividend that Silicon Valley tech firms would have to pay to their Californian users.

It is difficult to imagine a measure that would only benefit the citizens of one state, calculate the value of the data provided by each user and determine what the nature of actions like the one proposed by Newsom would be. He speaks of a dividend, i.e., a financial market mechanism, whereas the intervention of political authorities will almost certainly prompt the companies in question to argue that it is actually a tax in disguise.

Given all these doubts, this is still big news, partly because the semi-paralysis of federal politics, blocked for years by mutual vetoes in Congress, has forced individual states to act for themselves. California is leading this trend, from environmental measures to the protection of digital users. Last June’s law on personal data protection is the most advanced in the U.S.

Newsom’s proposal may yet turn out to be unrealistic, but this politician, raised in the technological heart of the U.S., displays courage in challenging the economic giants of the state that has just elected him. He is triggering a breakthrough in the debate about technology’s impact on inequality.