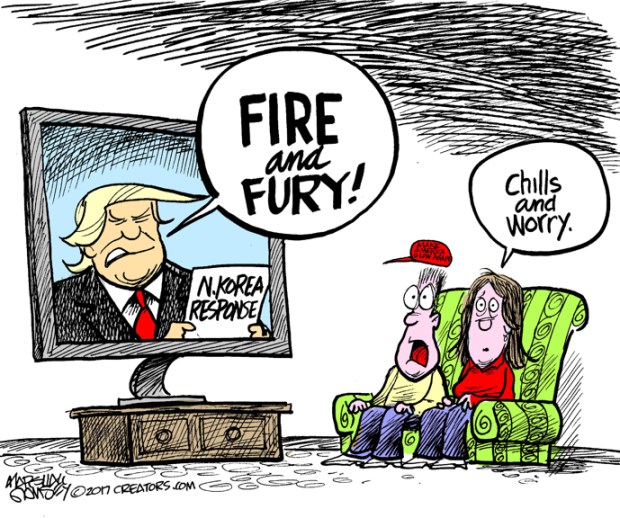 On March 11, the U.S. special representative to North Korea, Stephen Biegun, suggested a “package solution” for North Korean denuclearization, saying, “We will not do it [denuclearization] incrementally.” He also added that U.S. President Donald Trump had already made this clear, going on to say that all involved parties in the U.S. government were in agreement on the package solution. The U.S. has, in essence, set out to formalize a “package big deal.” Because this is so different from North Korea’s “incremental denuclearization” solution, it causes worry that the stalemate between the U.S. and Korea could be prolonged.

Biegun also stated that “what we are asking the North Koreans to do in the process of denuclearization is to eliminate all dimensions of the nuclear fuel cycle and the nuclear weapons program.” What this shows is that even the Trump administration’s most pro-negotiation officers now support the “big deal solution.” The entire Trump administration seems to have gathered behind Trump’s big deal principles first announced at the U.S-North Korea summit in Hanoi. The dwindling number of pro-negotiation officers could make a compromise between the U.S. and North Korea more difficult.

Yet all is not lost in terms of the U.S. and North Korea reaching a compromise. If the U.S. carries out its big deal solution in stages, based on a plan agreed upon by both nations, there is a possibility that an agreement can be reached. However, if the U.S. plans to lift sanctions against North Korea only if North Korea first gets rid of all its nuclear facilities, materials and weapons, the possibility of compromise can only decrease.

The good thing is that North Korea’s position has not changed even after the U.S. turned to this big deal plan. On March 12, North Korean news outlets announced that “moving to complete denuclearization is our fixed goal.”* This is the first time the North Koreans have displayed a “complete denuclearization” position since an agreement did not materialize in Hanoi. This can be seen as a marker of their will to solve this issue through conversation and negotiation. On the American side, Biegun has also said that Trump is fully prepared to talk with North Korean Workers’ Party Chairman Kim Jong Un again. However, considering that one of Trump’s pre-conditions to another summit with Kim is that North Korea accept his big deal proposal, it is also reasonable to predict that negotiations will not be easy.

A likely factor in the Trump administration’s turn to big deal solutions is the pressure it has received from the public. This relentless “all or nothing” principle may only serve to hurt negotiations. Maintaining its basic goal of total denuclearization, the Trump administration must weigh the various realistic ways in which to narrow the gulf between the U.S. and North Korea. However, if Trump continues on his current path, it is likely that he will only get further from his goal of achieving denuclearization during his presidency.

*Editor’s note: Although accurately translated, this quote could not be verified.