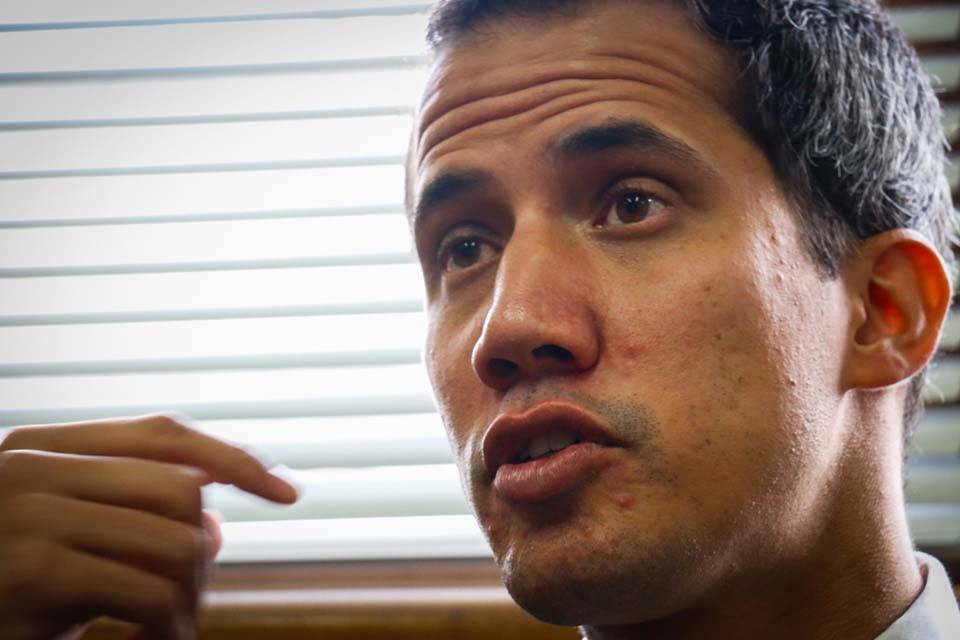 All of the actions initiated since Juan Guaidó assumed the presidency of the legitimate National Assembly are ultimately acts of citizen awareness. We are not only taking these actions for ourselves to fundamentally help improve our daily lives, but to instill values in our children or grandchildren for whom we seek a much better future. We are also acting for those who have left and for those who in some proportion will return. Finally, we are taking these actions on behalf of a country that, although devastated and beaten, remains noble and expects the best from its people.

This reflects the already inescapable need of a majority who wants an urgent change for Venezuela, and now that it has the chance to achieve it constitutionally, they have run into the reality of a regime that uses every means to place obstacles in the natural course that many long for.

This situation has prompted than 56 countries to get involved in Venezuela and has caused alarm about many issues to soar, including concern about health.

Moreover, the concept of a failed state is a contemporary idea that basically accounts for the problems, deficiencies and impossibility of certain states to respond to the diverse demands of their citizens; in our case specifically, the challenge of violence and the disproportionate use of force is added when there is no longer any semblance of value to respond to.

The internationalists Gerald Helman and Steven Ratner were the first to use the concept of a failed state at the beginning of the 1990s. They presented a new model in which a state could become totally incapable of maintaining itself as a member of the international community in terms of rights as well as duties.

It should be noted that according to these authors, a failed state would endanger its own citizens and threaten its neighboring states through the flow of refugees, political instability, conflicts and other determining factors.

Of course, the previous description appears well-known, precisely because Venezuela at this moment fits this theoretical analysis that explains these very serious circumstances.

The gravity of what is happening in Venezuela, the almost nullified guarantee of respect for the most basic of rights of human beings as life itself, reminds me of the Civil Rights Movement in the U.S. Its greatest message is perhaps the famous “I Have a Dream” speech delivered by the Reverend Martin Luther King on August 28, 1963 at the end of the March on Washington, which is considered a fundamental milestone in the struggle for civil rights in the U.S. and which marked a before and after in that struggle.

King’s speech aimed to denounce the outrage and abuse suffered by African Americans due to the racial conflict of the previous hundred years of American history and demanded the justice and freedom to which, as American citizens, they were just as entitled to as whites.

It is a profoundly optimistic, hopeful speech that proposed the ideal of a society based on the values of equality and fraternity, with full recognition of the civil rights and individual freedoms of the African American community; the work that Guaidó is advancing is a fight as titanic or perhaps greater than that of Reverend King and it is not easy considering that the red monster has more than a thousand heads.

To return to my central point, I dare say that even with the level of tragedy being experienced, the bad government of Nicolás Maduro is not only a failed state, but also a regime full of dishonesty, and on top of the situations that occur daily, such as protests for lack of food, basic supplies, medicines and other protests that are not worth mentioning, the regime mocks its citizens, all of them, even those who excitingly voted for the 21st-Century Revolutionary project and were deceived.

The charade of delivering humanitarian aid by the Venezuelan Red Cross is unspeakable, because while it delivers aid to hospitals, it turns out that in the streets of Caracas they are selling those supplies at a much higher price than is conceivable.

Now that you know how the regime exerts pressure on all the aid that reaches you, you should also be aware that many of these supplies are taken from delivery kits, just as they do with the CLAP boxes*, the legs of pork and everything else that the regime can distribute and manipulate.

Allow me to leave you with an excerpt from the end of that famous speech that marked the history of the country of the north and which serves as a way to know what African Americans faced 56 years ago and so you can have a clear idea of what it is that we are facing here. In the end Reverend King said that “despite all the adversities and obstacles, I have a dream, a dream of justice and equality, of fraternity between whites and blacks, a dream in which the barriers of racial segregation are overcome, so that one day in the U.S. the dream of freedom and equality of rights will be for all citizens, as reflected in the Declaration of Independence of the United States of America, which states that all men have been created equal.”**

For now, without losing heart allow me to say that everything that starts also ends, every illegitimate and irregular act that the present regime executes and that goes against the fundamental human rights of millions of Venezuelans, will not hold us back, and those responsible will have to face justice at some point – among many things, for being irresponsible and undemocratic, for having double standards and above all for being crooks, plain and simple.

**Editor’s note: The precise language of King’s “I Have a Dream” speech reads as follows:

“I say to you today, my friends, though, even though we face the difficulties of today and tomorrow, I still have a dream. It is a dream deeply rooted in the American dream. I have a dream that one day this nation will rise up, live out the true meaning of its creed: ‘We hold these truths to be self-evident, that all men are created equal.’”