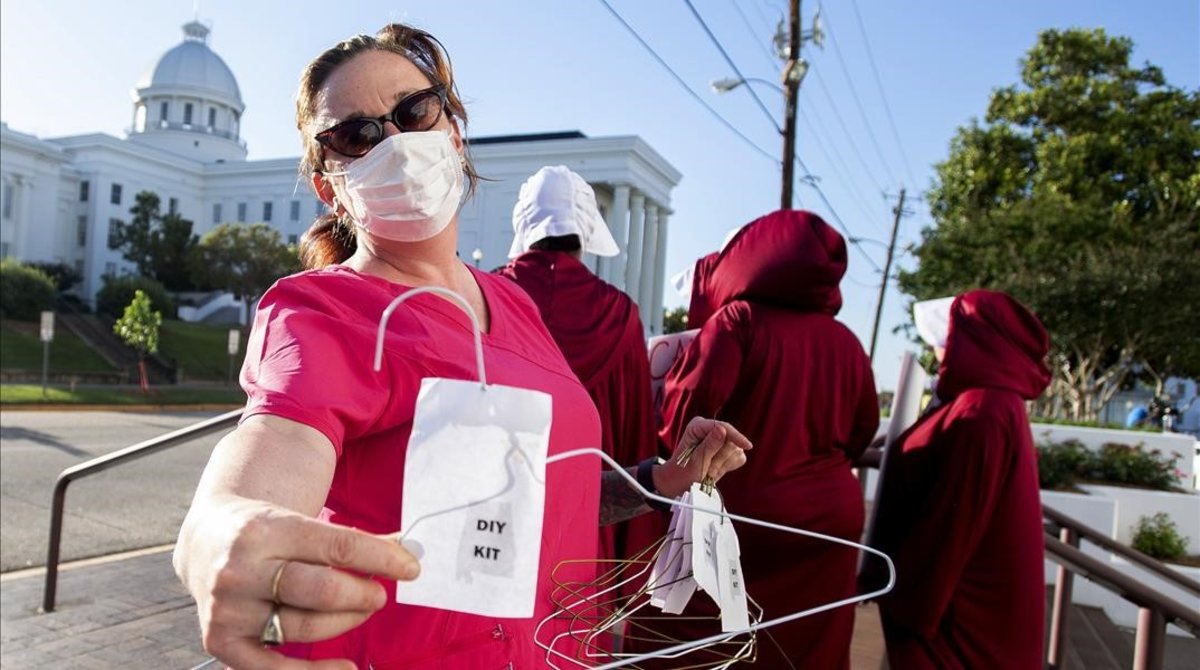 It is confirmed. The Alabama Senate has passed an anti-abortion law that prohibits the termination of a pregnancy, even in the case of rape or incest, similar to countries where a democracy doesn’t exist. It’s unlikely that the law will immediately go into effect thanks to an existing Supreme Court ruling. However, if we look beyond this, we realize that the objective of the far-right, once again, is to plant the seed of a reactionary narrative that legitimizes and normalizes politics that infringe against human rights and, more concretely, women’s rights.

Each time the ‘Bannon Universe’* achieves a small victory, it modifies — in small doses — our perception of reality. In this case, it breaks something that we had hoped to have overcome, drawing attention to the seriousness and chauvinist roots of sexual violence, be it towards an adult woman or in the form of incest within the family setting.

The message is clear: as women we are responsible for what we do with our bodies, but we cannot decide on the consequences. It therefore reinforces the idea that issues and levels of freedom that appear to be indestructible can be questioned and reevaluated once more. This is, without doubt, a key success of the ultraconservative wave that has tried to put an end to the unstoppable wave of feminism.

In the same vein, this week the far-right Spanish party has stated that we women can decide what we eat but not if we abort, and this was said without embarrassment — denying the rights of women to decide on their body too. When they are able to state this information publicly, although it generates scandal, it also creates a gap to incorporate this discourse which, gradually, reduces the resistance of the population that listens to these atrocities.

Surely, it is no coincidence that these two issues — the statements in Spain and the law in Alabama — have jumped into the media’s attention just a few days apart. This is the strategy.

About Hannah Bowditch 66 Articles
Hi, my name is Hannah. I am originally from UK but currently residing in Montreal, Canada, working in a bakery and trying to brush up on my French! I hold a Masters degree in Translation from the University of Portsmouth and a BA in English Literature and Spanish. I love travel and languages and am very pleased to be a part of the Watching America team.