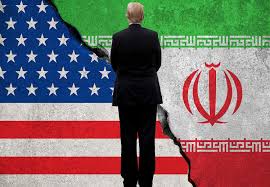 It is no secret to anyone that the heroic Iraqi national resistance taught America a lesson it will never forget. From 2003 to 2011, Iraqi resistance continually sapped America’s strength and inflicted grave financial and human losses. Yesterday, President Donald Trump himself recognized this fact as his predecessors have done, among them the late George H.W. Bush and his criminal son, George W. But take note, Trump, America is still in big trouble!

That is to say, America is like a person who has fallen in quicksand. No matter how hard it struggles, it cannot free itself of Iraq, and yet it cannot continue to remain there as things are now and suffer heavy material losses. Americans face an uncertain future in Iraq filled with unknown threats and risks. What they do know for certain, however, is that the Iraqi people did not, do not, and never will accept them in their country.

Nor do Iraqis accept the fabricated and manipulated crisis between their eternal ally, Iran, and America, the longtime ally of Iraq’s former colonial master, Great Britain. The same goes for their great colonial Portuguese and Spanish predecessors and everyone else who has hated the Arabs and been their enemy for thousands of years, and an enemy of Islam for 1,440 years in particular.

History proves that the fanfare America is now drumming up regarding Iran is nothing more than an attempt to export its conflict, to create a new lifeline that it can use to rid itself of the nagging dilemma that the American president spoke of. The president’s remarks are not the measured words of a skillful, veteran politician, but rather the spontaneous grasping-at-straws of a desperate gambler begging for relief from his debts regardless of America’s long-standing practice of mocking, manipulating, extorting and depleting the Gulf states.

With this in mind, I believe that a limited war will take place for the purpose of saving face. To a large extent, it will be more like scattered fireworks than a full-scale conflict. Perhaps the fighting will target one of Iran’s nuclear reactors so America can rub some dirt in their face and agitate the Arabs who are terrified of the Iranian menace, as well as those exhausted millions scattered between Iraq, Syria and Yemen, displaced by ongoing Zionist incursions with America’s blessing since 1979 to our very own black days.

America has and will always threaten Iran in the interest of both international and regional investment and consumption. But Iraq has suffered a premeditated campaign of total destruction and takeover, and before Iraq, Lebanon, and after Iraq, Syria and Yemen, and tomorrow or the day after, the Gulf states. Soon enough, the Arabs who remain will be expecting Mahdi, the promised savior (dear God!). Trump will inevitably transform Mecca and Medina into Shia mosques for self-punishment, and into kitchens for measuring and grinding spices, and will defile the tombs of Bekaa, which house some of the Prophet’s own family, for commercial exploitation, as was done in Karbala, Najaf, Samarra and Baghdad.

God willing, the days ahead will prove me wrong!