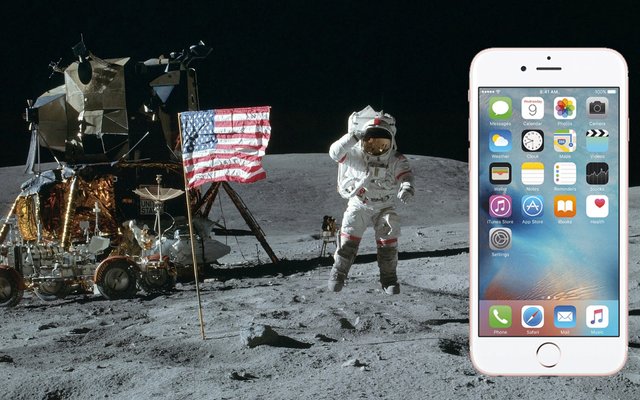 Neil Armstrong’s walk on the moon is now human prehistory.

For a few weeks now, the global press has been publishing articles about the historic moment remembered intensely by those of us who were alive that day in 1969, each in our own context. I wrote about my memories in a novel. We were watching the TV in our house, and I was one of a large group of neighbors from my grandparents’ hometown where there were no more than three or four televisions all told.

In spite of all the press attention given to the anniversary, I have not seen any articles about what those of us who witnessed that grand day have done in the half-century since. When Armstrong stepped onto the lunar surface, we lived on an Earth without internet, without mobile phones, without ATMs, without color TV.

To the youngest generation, our pre-1969 reality seems unbelievable. The world that was launched by Apollo 11 was closer to the long past than to the present, even in spite of the technological effort and capacity that space exploration entailed. Technology has developed more in these 50 years than in the previous 50 centuries, and with it, the world is transforming. If somebody died in 1969 and was revived today, they would find themselves as out of place as the astronauts found themselves on the moon. I suggest that the real voyage to the moon is the development that those of us alive in 1969 have experienced since then. Without warning, we’ve moved from an analog world to a digital one, and from a humanistic culture to a technological one.

When Armstrong walked on the moon’s surface in front of the excited eyes of 500 million spectators – one-sixth of the world’s population – he could not have imagined, even as a man of science, that the planet that he would leave for good in 2012 at the age of 82 would have changed so much.** Likely he just imagined that he would return to Earth and live a less peaceful life, due to his sudden fame. Like all humans, he moved from a traditional world to another new world, more like science fiction. He made this move almost unaware, while teaching at a university and giving interviews, although fewer and fewer over time. Near the end of his life, he retired to a farm, from where he said, “Those of us who live in the country think that it’s the people in the city who are the ones with problems.”*

In the country or in the city, the world changes at a breakneck pace. With it, those of us who innocently watched the lunar walks of Armstrong and Buzz Aldrin were unaware of the new era of communications they ushered in. From this new world we look back and see the astounding Apollo 11 space voyage so far away in time that rather than having happened 50 years ago, it seems that hundreds of years have passed since then. The world in which we watched the first landing on the moon as awestruck, amazed spectators now forms part of our human prehistory.

About Madeleine Brink 25 Articles
I am a linguist and teacher with a background in American Studies and Spanish. Having lived in various parts of the United States, the Dominican Republic, and Spain, and having taught both Spanish and English languages at the university level as well as in business settings and academies, I firmly believe in the power of cultural exchange and appreciation as one way into widening and deepening ourselves, our conversations, and our relationships.