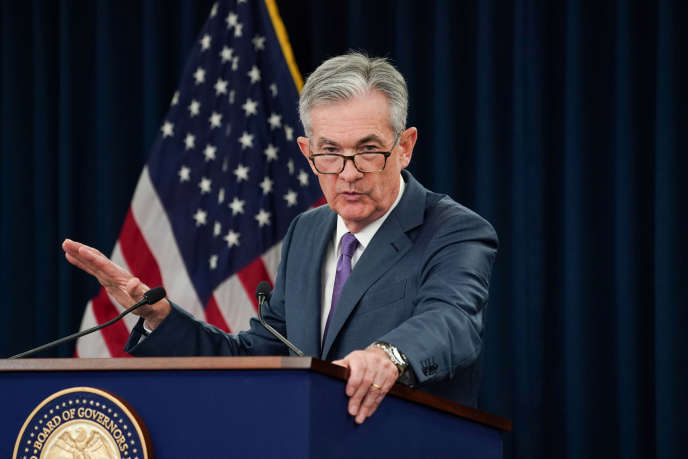 Under pressure from Donald Trump and the markets, America’s central bank has reduced its interest rate by .25 points, a decision which is not without risk for the global economy.

The last time the Federal Reserve lowered the interest rate was Dec. 16, 2008. The financial crisis was in full swing, and the United States was suffering through a drop in prices as its gross domestic product fell 6.2%. It was seven years before Fed lending rates, which were down to zero, were increased. By again lowering rates on Wednesday, July 31, the Fed ended a period of normalization in its monetary policy that lasted only 43 months, a decision that raises even more doubts than solutions.

The interest rate reduction aims at supporting American economic activity and continuing its longest period of growth in contemporary history. But why energize an economy that is already robust? The American GDP still grew at 2.1% in the second quarter, unemployment is down to 3.7%, and consumption, which constitutes 70% of America’s economy, remains healthy while salaries are increasing at a good clip.

The only bad news is that there is still inflation. Despite the stimulus of dumping liquid assets, economic overheating is not too apparent. Will relaxing monetary policy have a different result? It’s doubtful.

However, the Fed is under pressure from both Donald Trump and the markets to prolong the continuing growth cycle at all costs. The president sees this as his best means of winning reelection, and this has been the main impetus for the stock market’s ability to realize unbelievable growth. Neither the Fed nor Trump has any desire for the excitement to stop, so playing for extra time is all for the good.

Yet relaxing monetary policy to prevent a recession, which will happen sooner or later, also leads to conditions for an even worse financial crisis than the earlier one. By providing free money to extinguish the fire of 2008, the financial system eventually created the illusion that the risk was minimal, and caused an artificial hike in asset prices starting with real estate and stock. Similar speculative bubbles are now forming, economic actors are carelessly going into debt, and the disconnection with the real economy is spreading.

The situation is much more perverse than just the fact that investor pressure is becoming self-fulfilling. The Fed is sending a continual message that any halt in relaxing monetary policy will create a shock that the economy will have trouble recovering from. On Wednesday, July 31, it was bad enough that Fed Chairman Jerome Powell stood cautious in lowering rates, causing a decline on Wall Street.

The president’s reaction to the Fed’s decision to lower interest rates, meanwhile, is part of this unhealthy situation. “As usual, Powell let us down,” Trump lashed out, disappointed by the limited decrease in interest rates. Trump’s objective is to make the central bank auxiliary to his economic policy, something which will generate new weakness. But aren’t the trade wars he has declared and the huge budget deficit he has already deepened more dangerous for the global growth than high interest rates?

Wall Street’s performance and American economic growth are safe for the moment, yet as with the last crisis, it is the rest of the world that is threatened with paying the price.

About Hal Swindall 76 Articles
A California native, Hal Swindall earned an MA in English from Claremont Graduate University and a PhD in comparative literature from UC Riverside, majoring in English and minoring in French and Italian. Since then, he has wandered East Asia as an itinerant English professor, mainly teaching writing and literature. Presently, he works as an English teacher trainer in the Faculty of Education at the University of Malaya in Kuala Lumpur, Malaysia. Hal's interests besides translating, editing and literature include classical music and badminton, as well as East Asian temples.