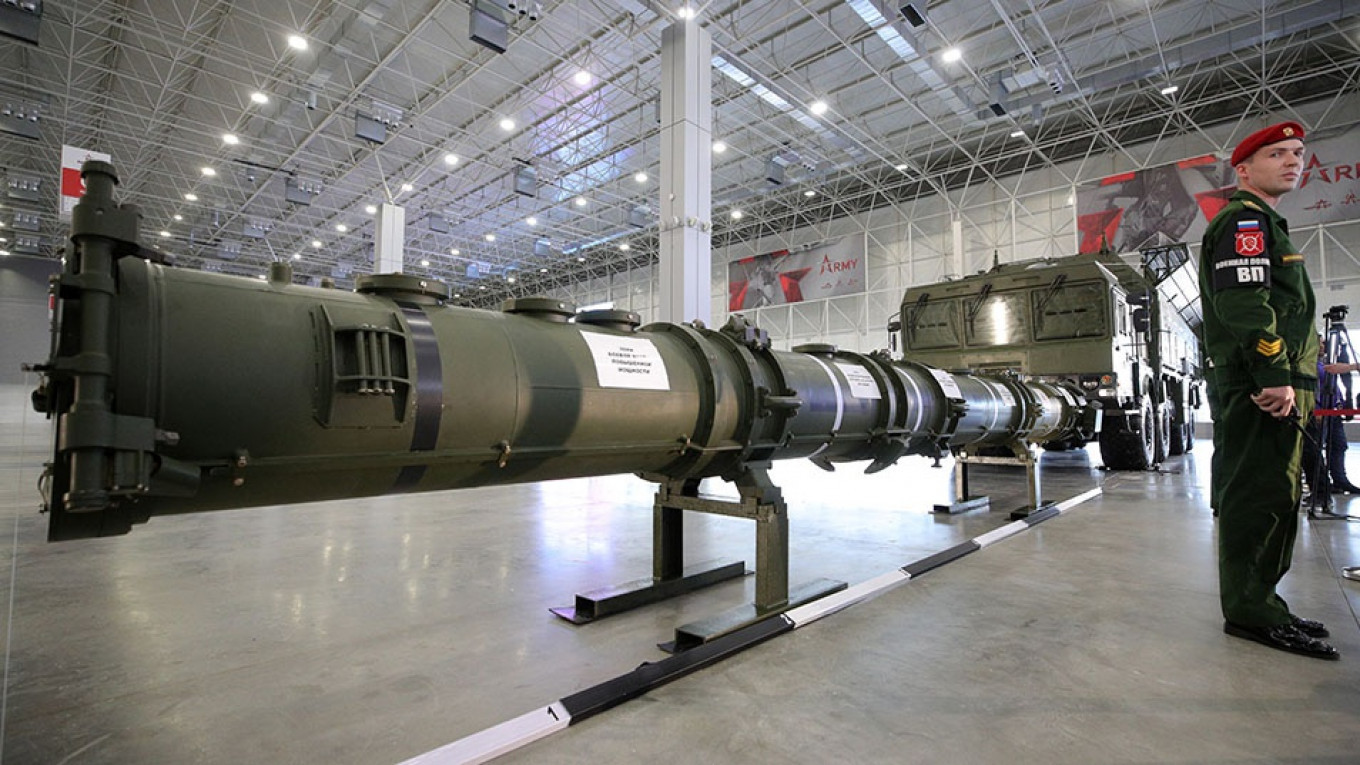 The termination of the Intermediate-Range Nuclear Forces treaty sets off concern in Europe.

They signed its death warrant as, in the end, it serves both their interests: the U.S. and Russia are now officially out of the Intermediate-Range Nuclear Forces Treaty signed on Dec. 8, 1987 by Ronald Reagan and Mikhail Gorbachev.

The treaty was an important symbol of the end of the Cold War, and its termination on Friday, Aug. 2 will have three immediate consequences.

First, Washington, as well as Moscow, will now be able to modernize and quickly deploy new equipment; second, Europeans are now alone in facing their concerns about a new arms race by the two powerful rivals; and finally, the treaty termination directly targets China, which is developing its nuclear abilities very fast, notably to establish its superiority in Asia.

Donald Trump announced on Feb. 2 that America would withdraw from the treaty, effective in six months, because of Moscow’s violations of the treaty for several years. In retaliation, Vladimir Putin also suspended Russia’s participation in the treaty, a decision ratified on July 3.

“The U.S. first raised its concerns that Russia was violating the treaty in 2013,” Secretary of State Mike Pompeo reminded us. Indeed, the Obama administration had information on tests Russia was doing on a new missile, 9M729, and launchers, in violation of the rules of the INF treaty. However, the American president did not report this information immediately to other North Atlantic Treaty Organization members, as he did not wish to trouble the alliance. On Friday, NATO countries expressed their “full support” for the U.S.

Washington and its allies accuse Russia of violating the treaty by developing this 9M729 (or SSC-8), which is mobile, fast and hard to detect and has a range of at least 1,550 miles. Moscow denies the accusations, claiming against all evidence that the missiles—with double capacity in conventional and nuclear power—cannot reach more than 300 miles.

Pompeo emphasizes that the Russian authorities did not take advantage of their “last chance” to save the deal. Since February, there have been discussions between the two rival powers on several occasions, such as the NATO-Russia Council, but they were fruitless. “I think the INF Treaty has served us well, but it only works if both parties comply,” said the new U.S. Defense Secretary, Mark Esper, at the beginning of the week. In front of the Senate, he claimed the U.S., once free from the INF obligations, would “pursue what is in [its] best interest.”

On Friday already, a senior official in the American administration revealed his country will soon try out new missiles that would have been forbidden by the INF. In Brussels, NATO Secretary General Jens Stoltenberg announced that “we will do what is necessary to have credible deterrence and defense” against these new Russian missiles that “can carry nuclear weapons” and “reach European cities within minutes.” What exactly would be part of the deterrence? Stoltenberg remained vague, saying that Washington will not deploy new missiles in Europe. Moscow talked about the development of a land-based version of the Kalibr missiles that are used by the Russian marines and have already been tested in Syria.

When the INF treaty was signed, it ended the “Euromissile Crisis” that was the deployment of Russian SS-20, then American Pershing, in Europe. It completely forbade intermediate-range conventional and nuclear missiles with a range of 300 to 3,400 miles. The missiles were to be not only withdrawn but also destroyed.

It was respected by both parties for a long time. In total, 2,692 missiles were destroyed before 1991, so about all intermediate-range nuclear missiles.

One of the innovations of the INF treaty was the implementation of inspectors from other party to make sure the missiles were effectively destroyed. But this bilateral agreement became less and less relevant to new geostrategic situations, especially considering the rise in importance of China, not bound by the treaty, which considerably developed this type of weaponry.

The Pentagon decided the modernization of the U.S. arsenal was one of the priorities of the retaliation against Beijing. For instance, it desired a new type of missile to be deployed in the Indo-Pacific area and in the South China Sea. “Most of the Chinese arsenal consists in intermediate-range missiles, and we must make sure we have the ability to counterattack if one unfortunate day we had to conflict with them,” explained Mark Esper.*

When asked on Friday about the INF treaty, American President Donald Trump responded that a new treaty should include China and that he had discussed the idea with Russia and China: “China was very, very excited about talking about it, and so was Russia.” No further details.

Anyway, no one really believes the Trump administration is that eager to make a new nuclear deal. Especially as it is already reluctant to extend (by five years) the New Start treaty—or START III—on strategic nuclear weaponry, signed in 2011, expiring in 2021.

The end of this other treaty would remove any obstacle to a new nuclear arms race. That is why U.N. Secretary-General Antonio Guterres expressed his concern about what he thinks to be the loss of “an invaluable brake on nuclear war.”

“The INF is a 30-year-old treaty inherited from the Cold War, but New Start is different. On the American side, even preceding the Trump administration, there has been an ideological tendency to consider such weaponry control treaties as shackles that aren’t in the U.S.’s best interests,” commented Corentin Brustlein, director of the French Institute of International Relations, as he also pointed out that, “for Russians, there is a new confidence in their increased military power and their ability to violate treaties, while denying that they are doing so, and especially blaming the responsibility on others.”

Experts remain cautious regarding the risk of a real escalation. At the end of the Cold War, there were about 60,000 nuclear warheads, 95% owned by Americans and Soviets. Today, they are only 14,000. “We are in 2019; we are not going to go back to 1979. The Russians violating the INF treaty and the U.S. withdrawing does not necessarily mean there will be an arms race,” explains Bruno Tertrais, deputy director of France’s Foundation for Strategic Research.

The modernization of the Russian arsenal, which has been underway for several years, is real. But it is limited by the financial means of a country with a gross domestic product equivalent to Italy’s and a defense budget that is hardly higher than France’s.

“I am not sure the end of the INF really affects European stability,” comments Brustlein, adding that, “it will depend on Russia’s attitude, notably its ability to make and especially deploy those missiles that are already violating the treaty.”

“A substantial deployment in Europe of Russian intermediate- and long-range missiles would change the power dynamics, but mainly in terms of conventional power, even though the missiles have both conventional and nuclear abilities. The U.S. and its NATO allies said they will not deploy surface-to-surface nuclear missiles. The question is, are countermeasures – in offense or defense – needed to address Russia’s deployments,” clarifies Tertrais.

The influence of European public opinions—notably Germany’s—must be considered as well, as they are opposed to the arrival of new nuclear weapons, even more today than in the Cold War.