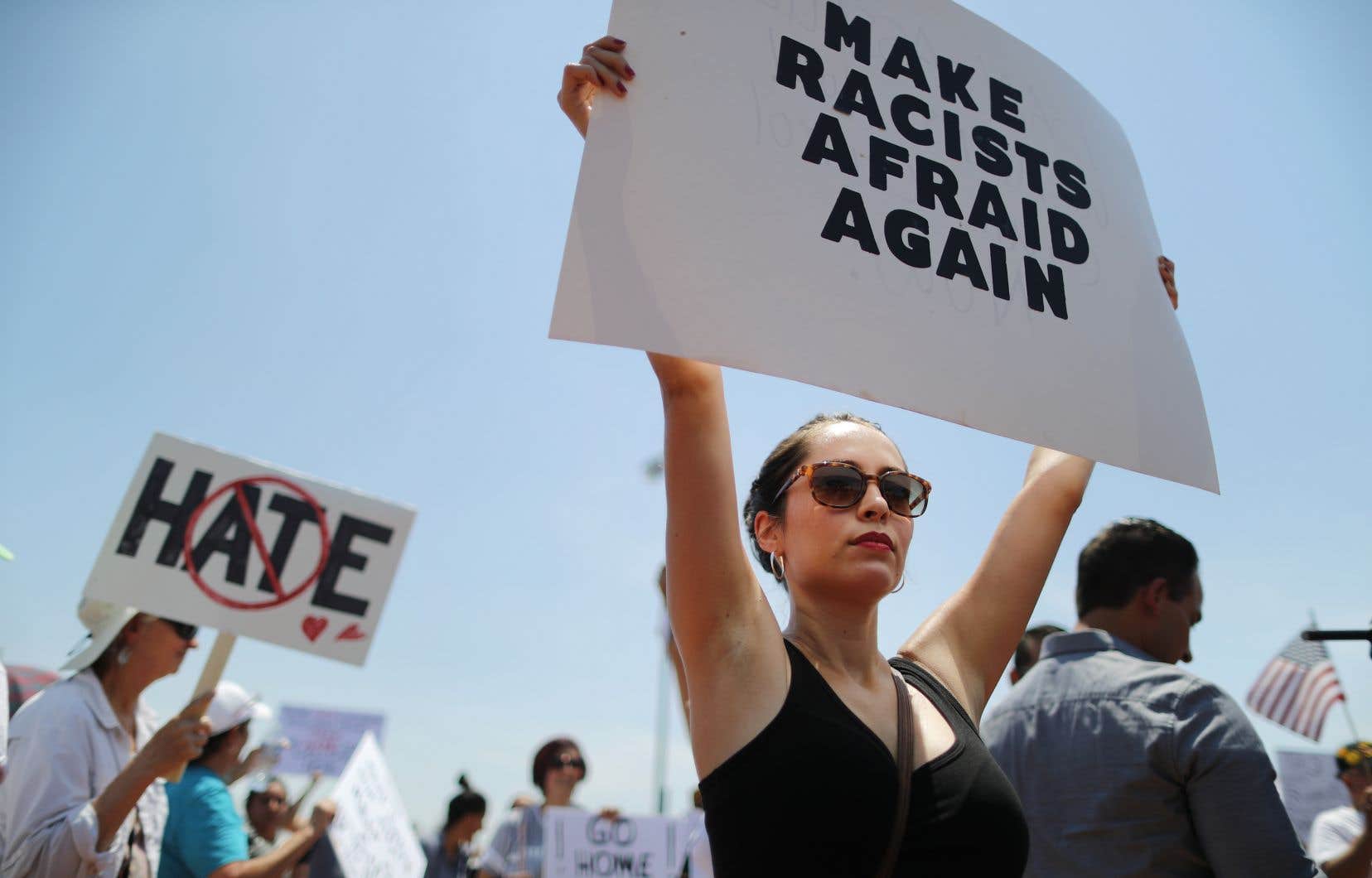 Another massacre attributed to white supremacy unfolded in the United States on Aug. 3. Although it seems obvious that racism and guns are at the heart of the latest mass shooting, the president has once again used mental illness as a scapegoat for this and other similar acts of extreme violence.

“Mental illness and hatred pull the trigger, not the gun,” he said, remarks which could be translated as “It is mental illness and hatred that have squeezed the trigger, not the weapon.” Despite the fact that many are quick to use the word “crazy” when describing mass shooters or shootings, it is difficult to prove causation. In a November 2018, Psychology Today article, Dr. Amy Barnhorst takes care to deconstruct the myth of mental illness as the cause of mass murders of 20 or more people. Thus, neither illusion nor an altered perception of reality pushes an individual to shoot at a crowd. Rather, it is insecurity and hatred, in this case, hatred of minorities who today enjoy rights that once were once only reserved for white people.

The media and politicians have a habit of psychologizing and focusing on the shooter’s mental health, his unhappy childhood, or his difficult relationship with his classmates, as though having a difficult childhood or a mental illness like bipolar disorder is the reason why someone would ever perpetrate a slaughter at a Walmart, synagogue or mosque. This approach is just a way to avoid the very large elephant in the room: white supremacy. White supremacy, on which the United States was literally built, is not a new evil; it’s an evil that has lasted 400 years.

The Disease of ‘Replacement’

Many organizations and small groups that subtly support white supremacy remain part of the American political landscape. Many of them want things to go back to how they were before the signing of the Civil Rights Act, the Voting Rights Act and the Immigration and Nationality Act in the 1960s. These laws, which afford minorities the same rights as white people, are leading to what some hate groups call a “white genocide,” the idea that white Americans will systematically be replaced or destroyed. This conspiracy, which is as absurd as it is irreversible, also exists outside the United States and is called “the great replacement.” This great replacement, which was mentioned in a manifesto written by the perpetrator of the Christchurch bombing in New Zealand, is also at the heart of the manifesto left by the man who opened fire in El Paso, Texas, to stop an alleged Hispanic invasion of Texas. However, no medical lexicon mentions any so-called “great replacement” scourge, despite the fact that this disease affects many more people than one might think, and seems to be spreading, affecting only whites and mainly men.

The reason is simple: This evil can’t be treated on an individual basis, as proposed by the current president whose intention is to simplify and accelerate imposition of the death penalty on the shooter. Reducing the root cause of this kind of evil to a single individual is a great way to avoid the racial issues that plague the lives of millions of people living in the United States (and elsewhere).

Professor David Morin, a specialist in radicalization and violent extremism, reminds us that the arrival of a black president in 2008 definitely revived a white nationalist movement that saw a threat to the white race. Therefore, it’s no coincidence that the current occupant of the White House was elected. His constant hateful comments about refugees, immigrants, congressional representatives and black neighborhoods, and his failure to swiftly condemn violent acts perpetrated by white supremacist groups, reinforce the fear and paranoia held by many deeply racist Americans. This president’s action (or lack thereof) also legitimize the racists’ behavior and words.

In addition to a president who is accused of fueling hatred, we find among our neighbors to the south a systemic racism rooted in political structures and institutions. In his book, “Dying of Whiteness,” Jonathan M. Metzl, professor of sociology and psychiatry, opens the door to a sickly racist country, fueled by rhetoric that dates back to the birth of the Ku Klux Klan after the Civil War. Several cases presented in the book demonstrate how racism is rooted in the DNA of American society, and how that racism is encouraged by the current government for political purposes.

In Missouri, the author collects testimonials such as, “I see white guys and their sons walking around Sam’s Club, Walmart and other places […] strolling with their guns on their hips like it’s the Wild West. They’re trying to be macho, like they have power because of their guns.” We discover a double standard with regard to the possession of a weapon: An armed white person is perceived as a “protector,” while a black person who also owns a gun is seen as a “traitor.” Reading the chapter on firearms in Metzl’s book, it is easy to understand that for white residents in Missouri, a firearm is synonymous with freedom, patriotism and self-protection (against non-whites).

These examples are drawn from millions of cases in which racism and white supremacy is firmly rooted in the daily lives of Americans, in the political structures and social structures of the United States, and not as the result of any diagnosable anxiety disorder.

This did not prevent the president from telling the American people, “In one voice our nation must condemn racism, bigotry and white supremacy.” This statement, made in the same breath as his statement blaming mental illnesses and video games, was not crafted by the president. Is the United States ready to open the trunk and look at the real reasons why people pick up guns in a display of fear and hatred? Expectations were high for the Barack Obama presidency, which failed to resolve or even tackle the issue of racism in the United States in any profound way. Although we are not surprised about the current president, if he forces us to take stock of the challenges facing the American people, then we will have seen it all!